Aspen Ladd has been tapped to face Norma “The Immortal” Dumont in the main event of UFC Vegas 40. This comes after Holly Holm was forced to withdraw from the contest due to a knee injury. Ladd is also coming into this fight under rare circumstances. Her fight with Macy Chiasson was cancelled at a UFC Fight Night last weekend after Ladd missed weight. The fight between Dumont and Ladd is scheduled to take place in the Featherweight Divison at 145 lbs. 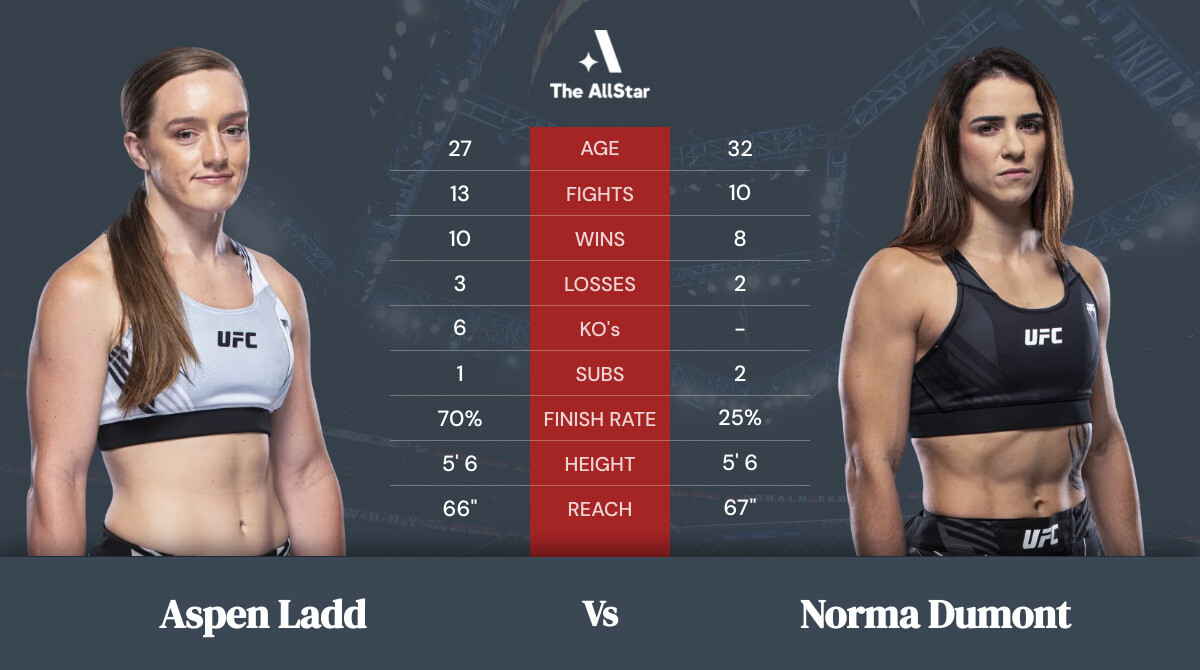 Ladd most recently appeared at UFC on ESPN 7, taking on and defeating Yana Kunitskaya via KO/TKO in a Bantamweight bout. Ladd went into the fight as the -175 slight favorite. The win marked a return to the win column for Ladd. Ladd’s professional MMA record currently sits at 9-1.

Dumont most recently appeared at UFC Fight Night, taking on and defeating Felicia Spencer via Decision in a Featherweight bout. Dumont went into the fight as the +155 slight underdog. The win extended her winning streak to 2 in a row. Dumont’s professional MMA record currently sits at 6-1.