A new fight between Tanner “The Bulldozer” Boser and Sergei Pavlovich has been announced in the Heavyweight division. The fight is scheduled to take place at UFC Vegas 44: Font vs. Aldo on Saturday December 4, 2021

Boser most recently appeared at UFC Fight Night: Gane vs. Volkov, taking on and defeating Ovince St. Preux via KO/TKO in a Heavyweight bout. Boser went into the fight as the -195 moderate favorite. The win snapped a 2 fight skid. Boser’s professional MMA record currently sits at 20-8-1.

Pavlovich most recently appeared at UFC on ESPN+ 20, taking on and defeating Maurice Greene via KO/TKO in a Heavyweight bout. Pavlovich went into the fight as the -240 moderate favorite. The win extended his winning streak to 2 in a row. Pavlovich’s professional MMA record currently sits at 14-1. 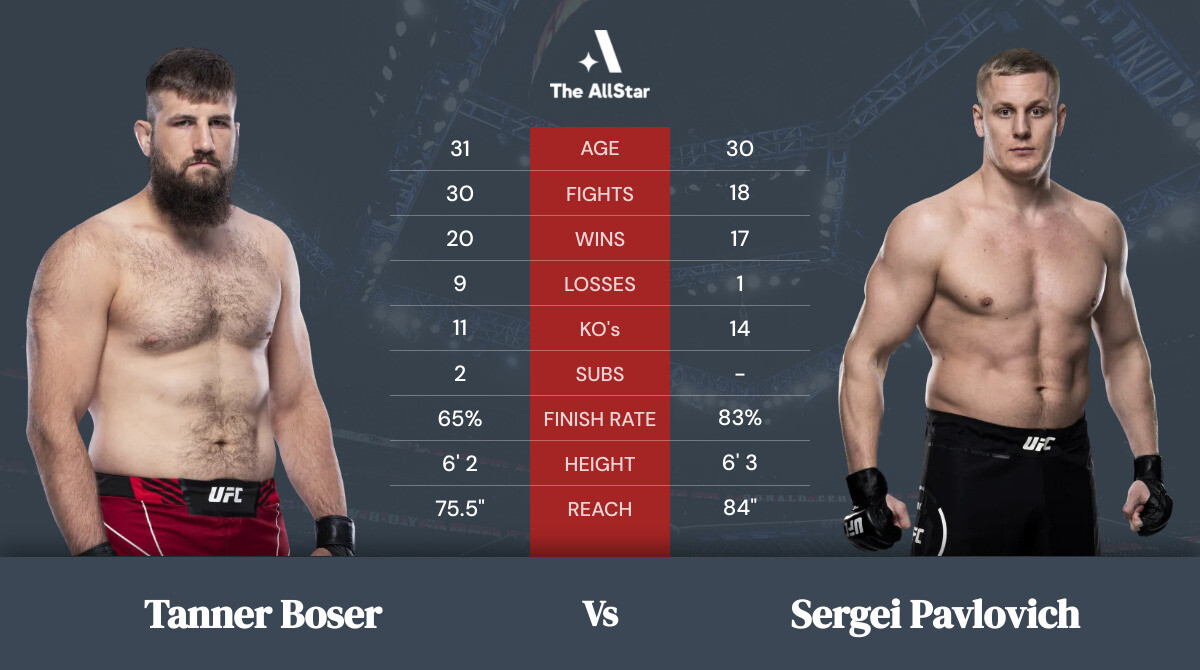