A new fight between “The Future” Ian Garry and Darian Weeks has been announced in the UFC Welterweight division.

Garry most recently appeared at UFC 268, taking on and defeating Jordan Williams via KO/TKO in a Welterweight bout. He made the most of his UFC debut, finishing with a first-round KO win in front of a packed Madison Square Garden. Garry went into the fight as the -425 heavy favorite. The win extended his winning streak to 8 in a row. Garry’s professional MMA record currently sits at 8-0.

In his most recent octagon appearance, Weeks was defeated by Bryan Barberena via Decision at UFC Fight Night in a Welterweight bout. Weeks was the near even in the fight, coming in at +115. The loss snapped a 5 fight winning streak. Weeks’s professional MMA record currently sits at 5-1. 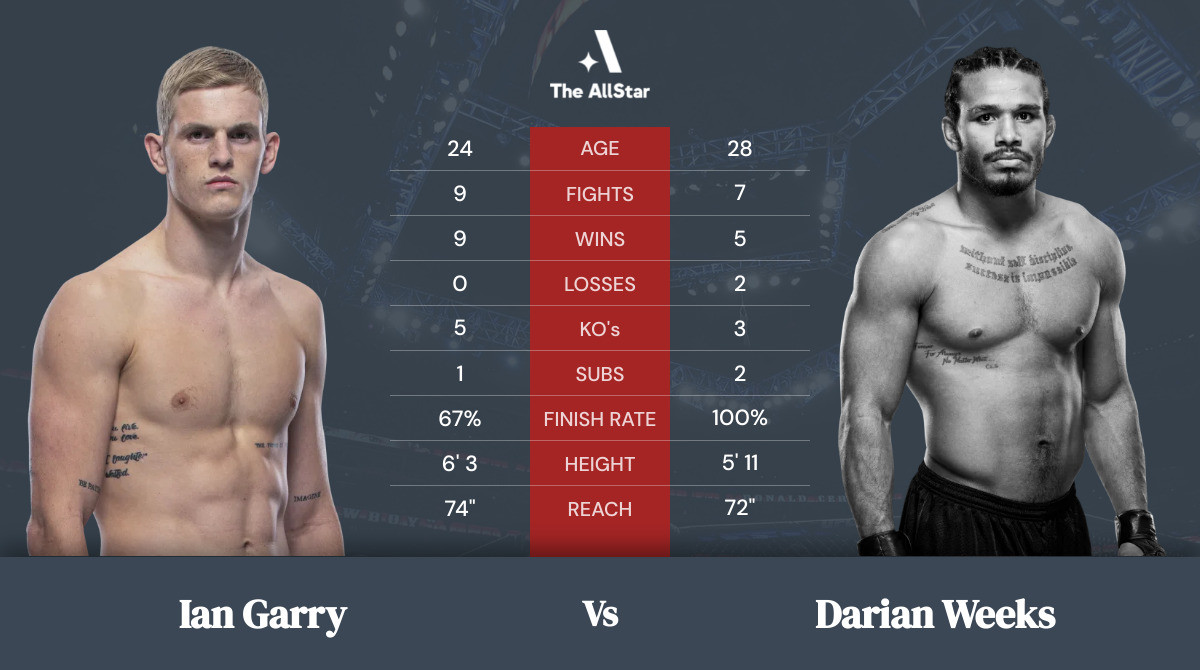