A new fight between Katlyn “Blonde Fighter” Chookagian and Jennifer Maia has been announced in the Flyweight division. The bout is scheduled to take place at a UFC Fight Night event on January 15, 2022. The card is expected to be headlined by a featherweight matchup between Calvin “The Boston Finisher” Kattar and Giga “Ninja” Chikadze.

Chookagian most recently appeared at UFC 262, taking on and defeating Viviane Araujo via Decision in a Flyweight bout. Chookagian went into the fight as the -140 slight favorite. The win extended her winning streak to 2 in a row. Chookagian’s professional MMA record currently sits at 16-4.

Maia most recently appeared at UFC 264, taking on and defeating Jessica Eye via Decision in a Flyweight bout. Maia went into the fight as the -200 moderate favorite. The win marked a return to the win column for Maia, whose professional MMA record currently sits at 19-7-1. 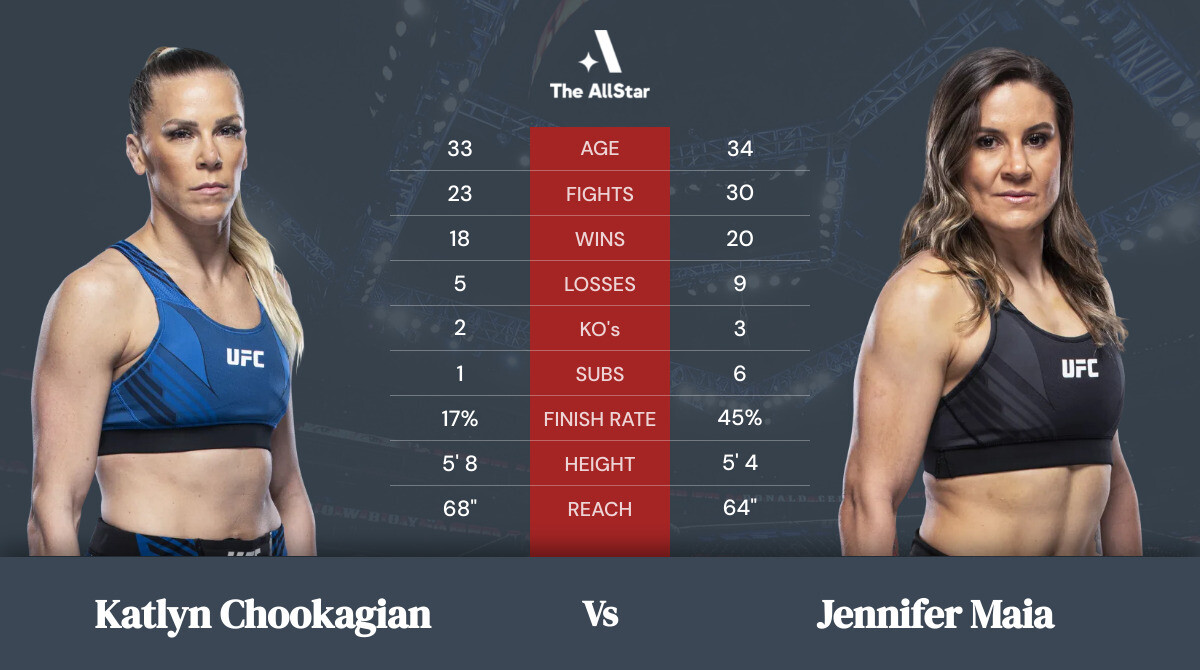