A new fight between Kyle Daukaus and Julian “The Cuban Missile Crisis” Marquez has been announced in the Middleweight division. The fight will take place at UFC Vegas 48 on February 19, 2022.

This booking comes after a string of bad luck for Daukaus, following a no-contest at UFC Vegas 38 against Kevin Holland, and 2 fight cancellations at UFC Vegas 42.

Daukaus most recently appeared at UFC Vegas 38, where he fought Kevin Holland. The fight resulted in a no-contest due to a clash of heads that lead to Daukas Daukaus’s professional MMA record currently sits at 10-2 (1 NC).

Marquez most recently appeared at UFC on ABC 2, taking on and defeating Sam Alvey via Submission in a Middleweight bout. Marquez went into the fight as the -165 slight favorite. Both fighters were awarded a fight of the night performance bonus for their efforts. The win extended his winning streak to 2 in a row. Marquez’s professional MMA record currently sits at 9-2. 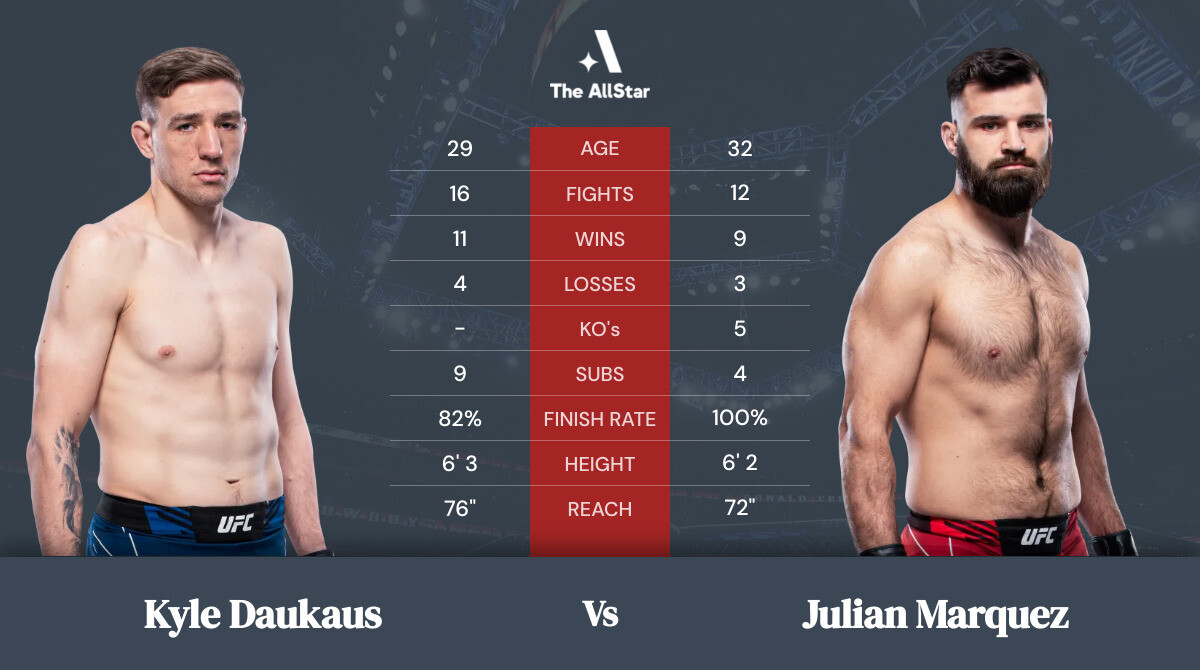