Following the cancellation of Leon Edwards vs Jorge Masvidal at UFC 269, a potential matchup between Leon “Rocky” Edwards and Khamzat “Borz” Chimaev has been put on the table. The odds came out after Chimaev recently tweeted his interest in the bout as soon as the cancellation was made official. Let’s take a look at the odds for the potential matchup between Edwards and Chimaev.

The future odds for Leon Edwards vs Khamzat Chimaev were released shortly after the cancellation of Edwards vs Masvidal. Chimaev opened as a substantial -300 favorite over Edwards, who opened at +250. Since opening, the odds have narrow a fair bit, putting Chimaev at -210 and Edwards at +180.

It will be interesting to see the line movement if and when this fight ever gets made. One thing’s for sure, Edwards needs a new opponent for UFC 269, and Chimeav will likely be the fighter the fans want to see step up to the plate. Whether or not this fight gets made, that’s up to the UFC brass.

Edwards most recently appeared at UFC 263, taking on and defeating Nate Diaz via Decision in a Welterweight bout. Edwards went into the fight as the -475 heavy favorite. Edwards’s professional MMA record currently sits at 19-3 (1 NC).

Chimaev most recently appeared at UFC 267, taking on and defeating Jingliang Li via Submission in a Welterweight bout. Chimaev went into the fight as the -500 heavy favorite. He earned a performance of the night bonus cheque for his quick finish of Li. The win extended Chimaev’s winning streak to 10 in a row. His professional MMA record currently sits at 10-0. 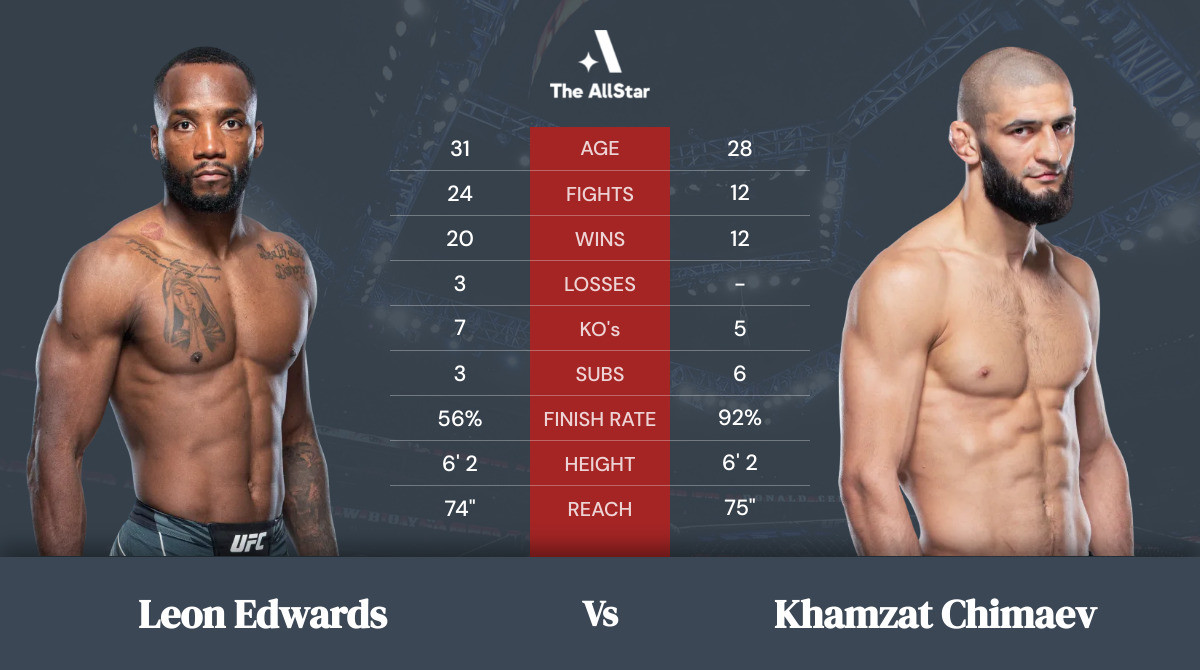