A new fight between Leon “Rocky” Edwards and Jorge “Gamebred” Masvidal has been announced in the UFC welterweight division. The fight is scheduled to take place at UFC 269 on Saturday December 11, 2021.

Edwards most recently appeared at UFC 263, taking on and defeating Nate Diaz via decision in a welterweight bout. Edwards went into the fight as the -475 heavy favorite. The win marked a 9-fight win-streak for Edwards despite a small no-contest speedbump against Belal Muhammed at UFC Vegas 21. Edwards’s professional MMA record currently sits at 19-3 (1 NC).

In his most recent octagon appearance, Masvidal was defeated by Kamaru Usman via KO/TKO at UFC 261 in a welterweight bout. Masvidal was the moderate underdog in the fight, coming in at +270. The loss extended his losing streak to 2 in a row. Masvidal’s professional MMA record currently sits at 35-15. 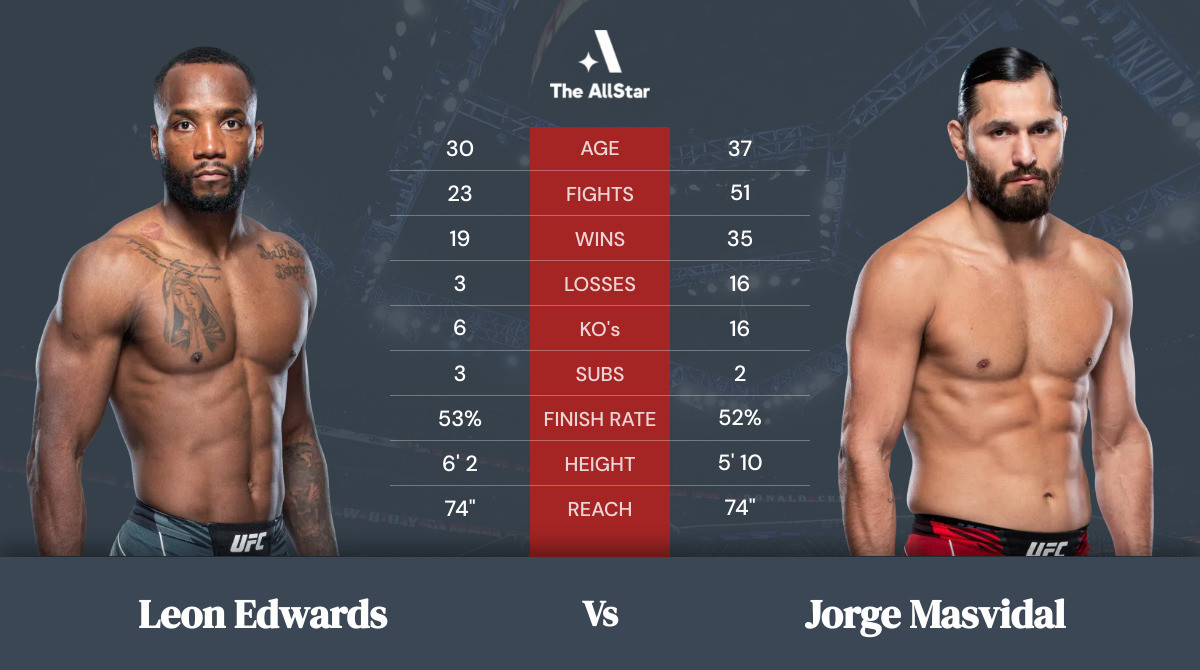