A new fight between Leonardo Santos and Clay “The Carpenter” Guida has been announced in the Lightweight division. The fight is scheduled to take place at UFC fight Night: Font vs Aldo on December 4, 2021.

In his most recent octagon appearance, Santos was defeated by Grant Dawson via KO/TKO at UFC Vegas 22 in a Lightweight bout. Santos was the slight underdog in the fight, coming in at +175. The loss snapped a 6 fight winning streak for Santos, whose professional MMA record currently sits at 18-4-1.

In his most recent octagon appearance, Guida was defeated by Mark O. Madsen via Decision at UFC Vegas 34 in a Lightweight bout. Guida was the slight underdog in the fight, coming in at +140. His professional MMA record currently sits at 36-21. 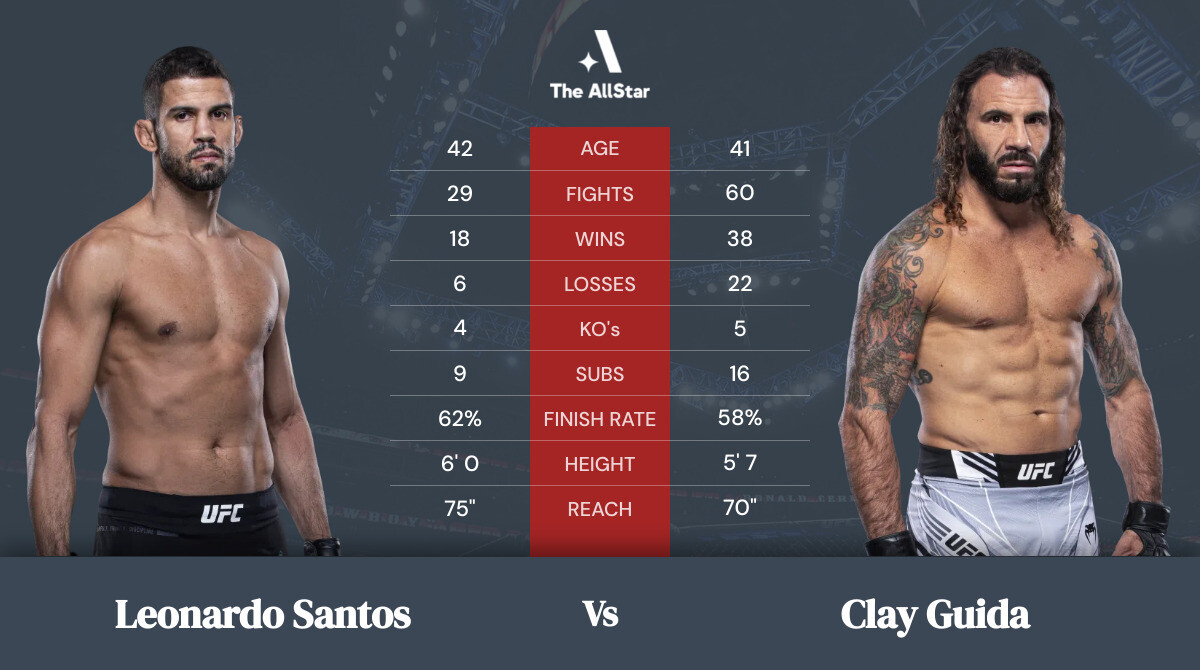