In his most recent octagon appearance, Diakiese was defeated by Rafael Fiziev via Decision at UFC Fight Night 172. Diakiese was the slight favorite at -175. The loss aside, he went home with extra cash thanks to a Fight of the Night performance. The loss came after two consecutive wins. Diakiese’s professional MMA record sits at 14-4.

In his most recent octagon appearance, Alves was defeated by Damir Ismagulov via Decision at UFC Vegas 27. Alves was a heavy underdog at +400, and the loss ended a 5 fight winning streak. Alves’s professional MMA record sits at 19-10. 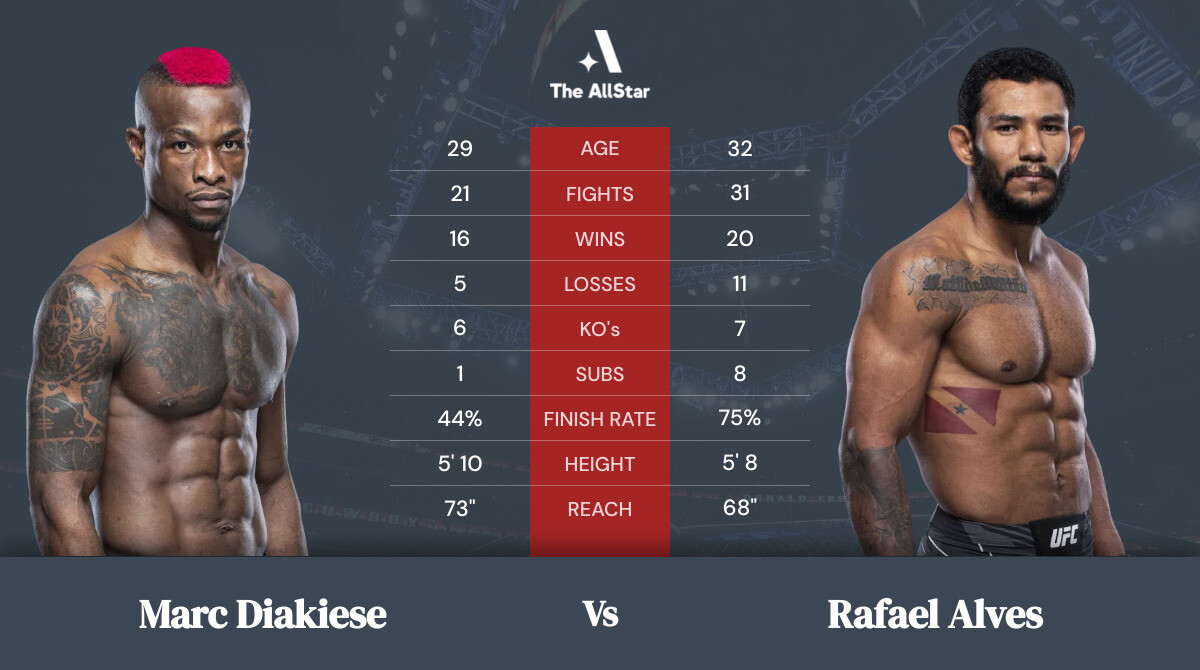