Michael Chandler and Conor McGregor Agree to Fight – Betting Odds, Stats, and Tale of the Tape

A potential matchup between “The Notorious” Conor McGregor and “Iron” Michael Chandler has been doing the rounds online after Chandler announced his interest in the bout on Twitter for 2022. McGregor responded positively to the potential bout and expressed his interest in the future fight. He even congratulated Chandler on his fight of the night with Justin Gaethje at UFC 268.

Let’s take a look at the potential matchup between Chandler and McGregor.

The AllStar spoke with Cloudbet betting expert, Steve Hennessy who provided us with hypothetical betting lines for this future fight. He priced Chandler at a -200 favorite, and put Mcgregor at a +175 underdog.

It will be interesting to see the official betting line if and when this fight ever gets made. One thing’s for sure, no matter what happens when McGregor returns to action, Chandler will be one of the top fighters the fans want to see him fight next.

In his most recent octagon appearance, McGregor was defeated by Dustin Poirier via KO/TKO after a catastrophic leg break at UFC 264 in a Lightweight bout. McGregor was the near even in the fight, coming in at +100. The loss extended his losing streak to 2 in a row. McGregor’s professional MMA record currently sits at 22-6.

In his most recent octagon appearance, Chandler was defeated by Justin Gaethje via Decision at UFC 268 in a Lightweight bout. Chandler was the slight underdog in the fight, coming in at +175. Despite the loss, Chandler went home with extra cash. After the fight, he was awarded a Fight of the Night performance bonus. The loss extended his losing streak to 2 in a row. Chandler’s professional MMA record currently sits at 22-7. 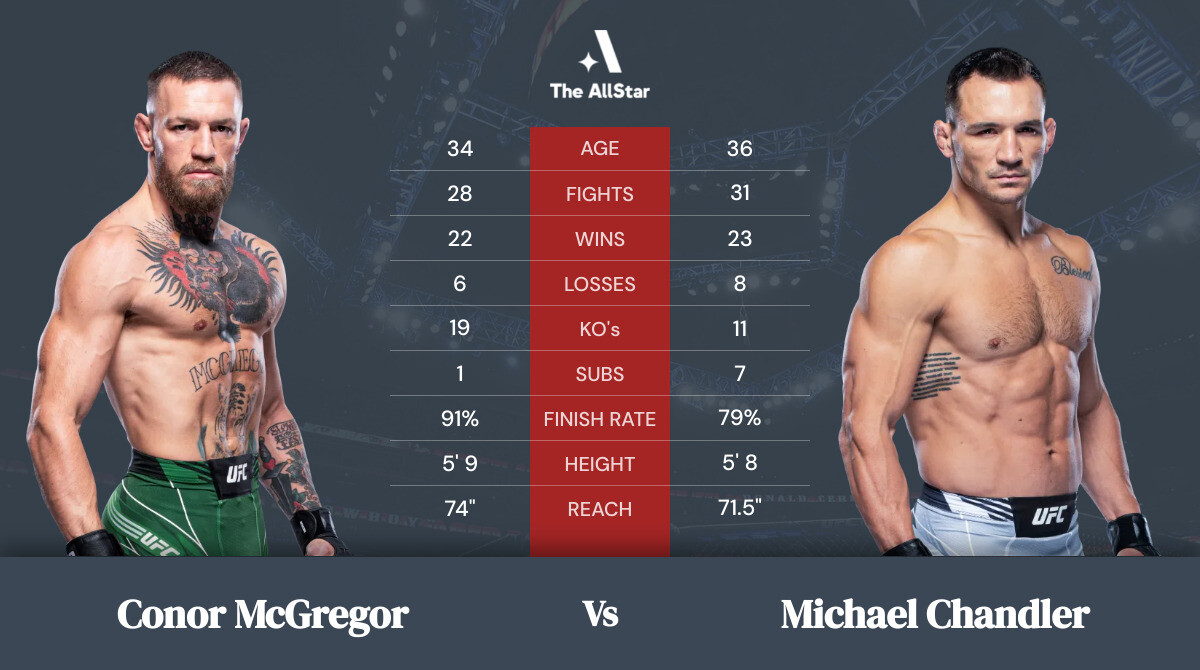