Miesha “Cupcake” Tate continues her UFC return with a fight against Ketlen “Fenômeno” Vieira in the Bantamweight division. The matchup was announced earlier but was originally scheduled for UFC Vegas 40.

Tate most recently appeared at UFC on ESPN: Makhachev vs. Moisés, taking on and defeating Marion Reneau via KO/TKO in a Bantamweight bout. She went into her return fight as the -180 slight favorite and earned a performance of the night bonus cheque for her victory. The win snapped a 2 fight skid. Tate’s professional MMA record currently sits at 19-7.

In her most recent octagon appearance, Vieira was defeated by Yana Kunitskaya via Decision at UFC Fight Night in a Catchweight bout. Vieira had missed weight but the bout went ahead anyway. She was the moderate favorite in the fight, coming in at -275. Her professional MMA record now sits at 11-2. 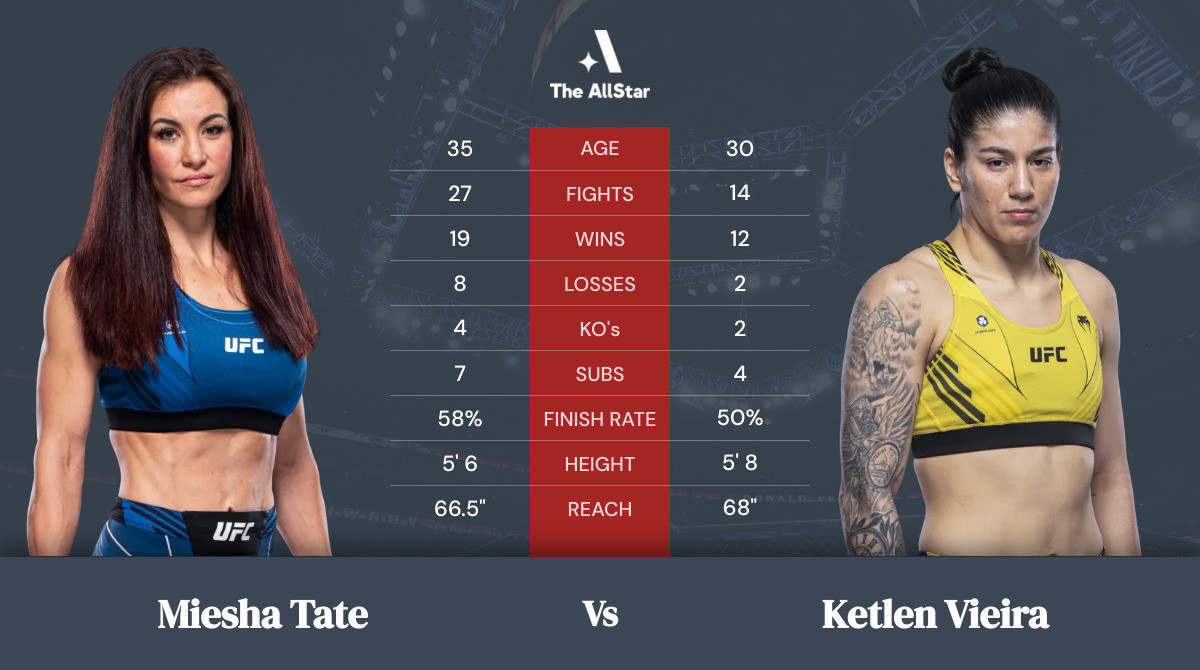