Drew Dober comes into this bout on a two-fight losing streak after a submission loss to Islam Makhachev and a decision defeat after a FOTN war against Brad Riddell.

Ricky Glenn fought back for a majority draw against Grant Dawson in his last UFC appearance. Glenn returned to action in 2021 after three years

Drew Dober will be the betting favorite with opening odds of -225.

Ricky Glenn is the betting underdog with opening odds of +200.

This fight will take place on the main card at UFC Vegas 50.

Drew Dober lost a Fight of the Night scrap against Brad Riddell in his last UFC outing at UFC 263. He was submitted by Islam Makhachev in the previous fight.

DREW DOBER COMING UP LARGE!@DrewDober gets it done in 1️⃣! #UFC246

Dober had been on a three-fight win streak (three KO’s) before his defeat to top contender Makhachev.

Ricky Glenn scrapped his way to a majority draw in his last fight against Grant Dawson. Despite being dominated in the first two rounds, Glenn almost finished Dawson in the third to earn a draw.

Ricky Glenn made a MAJOR statement in his return to the Octagon 😳 #UFCVegas29 pic.twitter.com/VtBaaUQfNn

Glenn spent over two-and-a-half years outside of the Octagon before his return in 2021. He knocked out Joaquim Silva in just 31 seconds to earn his first stoppage win in the UFC.

Ricky Glenn is much taller at 6”0, compared to Drew Dober who is 5”8. Despite the differences in height, both fighters will have a similar reach.

The striking stats are similar between these two fighters. One key difference could be in the takedown department. Dober lands more TD’s per 15 minutes (0.82) compared to Glenn (0.58).

This promises to be one of the best fights on the card. Dober and Glenn are both extremely durable, with gas tanks to last the full 15 minutes.

Stunned him bad! 😳@DrewDober is keeping the pressure on. #UFC263 pic.twitter.com/TAUx02aglE

Dober was involved in an entertaining Fight of the Night in his last appearance, while +385 underdog Glenn came back from a certain defeat to earn a majority draw against Grant Dawson.

Both of these fighters are good enough to be in the Top 15 of a stacked Lightweight Division. Dober was climbing his way up the rankings before his two recent defeats. Glenn will also be knocking on the door should he win this one.

The oddsmakers’ predictions have Drew Dober as the favorite with betting odds of -225.

Get your Drew Dober vs Ricky Glenn picks in.

Where to bet on Drew Dober vs Ricky Glenn

Drew Dober vs Ricky Glenn tale of the tape 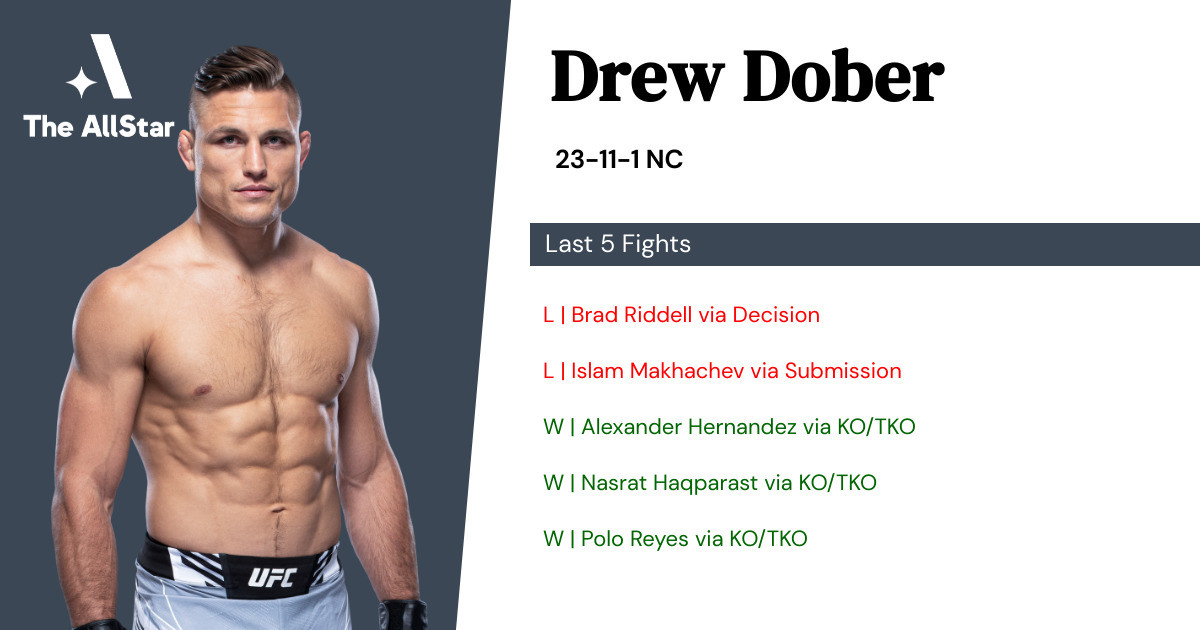 Drew Dober has a 70% finish rate, including 7 by knockout, 9 by submission, 7 by decision.

Drew Dober is currently on a 2 fight losing skid. 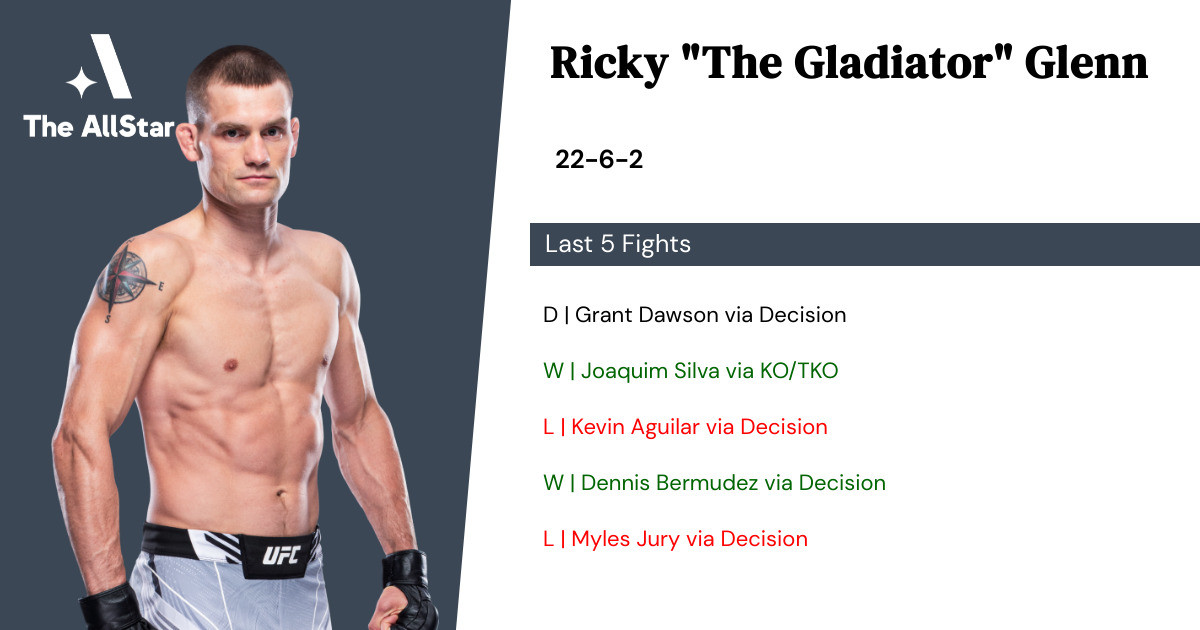 Ricky Glenn has a 73% finish rate, including 11 by knockout, 5 by submission, 6 by decision.

Drew Dober vs Ricky Glenn is set to go down at UFC Fight Night – Santos vs. Ankalaev. The fight is expected to start at around 9:30pm EST on Saturday 12th March 2022.

ESPN+ is the best option to live stream Drew Dober vs Ricky Glenn if you live in the United States. Outside of the USA, the best option is to register for UFC Fight Pass.

Where can I get the best odds for the Drew Dober vs Ricky Glenn UFC fight?

Use the AllStar’s directory to find the best sportsbooks and recommendations on where to place UFC bets online. If you just want to play for fun, head over to to our Fantasy UFC picks app to make your fight predictions for Drew Dober vs Ricky Glenn totally FREE.