Jai Herbert vs Ilia Topuria is set to go down at UFC Fight Night: Volkov vs. Aspinall at 5:00pm EST on Saturday 19th March 2022 in a 155lbs matchup.

Ilia Topuria is unbeaten as a pro. His latest victory came against Jiu-Jitsu wizard Ryan Hall by Round 1 knockout.

Ilia Topuria will be the betting favorite with opening odds of -355.

Jai Herbert is the betting underdog with opening odds of +295.

Jai Herbert was initially booked to fight Mike Davis before his opponent withdrew.

Ilia Topuria stepped in to take this fight on one months’ notice. He will be going up a weight class to 155lbs.

Jai Herbert showed UFC fans what he’s all about with a dominant KO win over Khama Worthy.

The Englishman lost his first two UFC fights to Francisco Trinaldo and Renato Moicano before earning his first victory against Worthy.

Ilia Topuria will step up from Featherweight to take this bout. The Georgian saw his last fight with Charles Jourdain at UFC 270 fall through after experiencing issues with the weight cut.

🇬🇪 Ilia Topuria ENDS IT in half a round.

[ Tune in on #ESPNPlus & ESPN2 ] pic.twitter.com/pKZEBGGh4B

Topuria has won 3 out of 3 in the UFC, including brutal knockout victories over Damon Jackson and Ryan Hall in his last two.

Jai Herbert is considerably taller at 6”1, while Ilia Topuria is 5”7. Herbert will have a massive 8-inch reach advantage over this fight.

Herbert is also the older fighter at 33 years old, compared to Topuria who is 25.

Both fighters have an impressive 91% finishing rate. Herbert has won 9 out of his 11 victories by knockout, while Topuria has 3 knockouts and 7 submissions on his record.

This short-notice matchup is arguably more exciting than the original booking of Herbert vs Davis.

Ilia Topuria is one of the most talented prospects at 145lbs who will be stepping up in weight for this one.

Jai Herbert will have the reach advantage on the Georgian and could upset the odds with his exceptional range striking.

Jai Herbert will need a victory here to show that he is a genuine contender at 155lbs. Ilia Topuria is taking something of a gamble by going up to 155lbs on short notice. His perfect professional record will be on the line.

The bookmakers’ predictions see Ilia Topuria as the sizable favorite with betting odds of -355.

“Topuria’s grappling is strong. Jai Herbert will use his range and constantly skirt around the fence. I see him struggling to keep Topuria away from him.”

Get your Jai Herbert vs Ilia Topuria picks in.

Where to bet on Jai Herbert vs Ilia Topuria

Jai Herbert vs Ilia Topuria tale of the tape 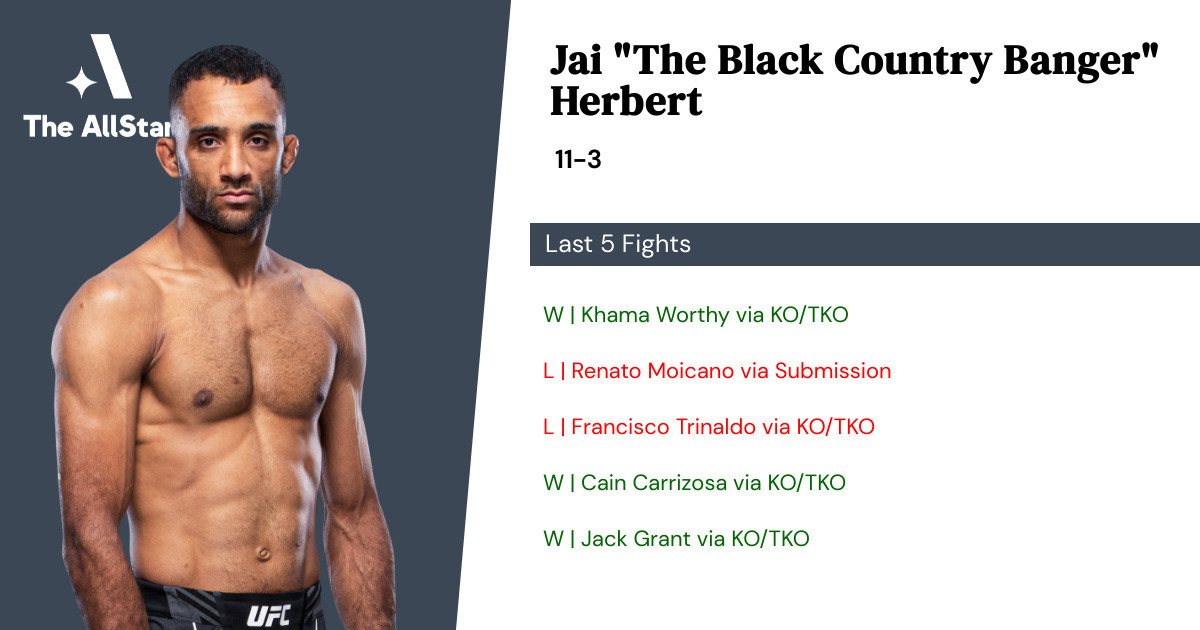 Jai Herbert has a 91% finish rate, including 9 by knockout, 1 by submission, 1 by decision.

Jai Herbert is looking to put together a winning streak, having last beaten Khama Worthy at UFC Fight Night: Costa vs. Vettori. 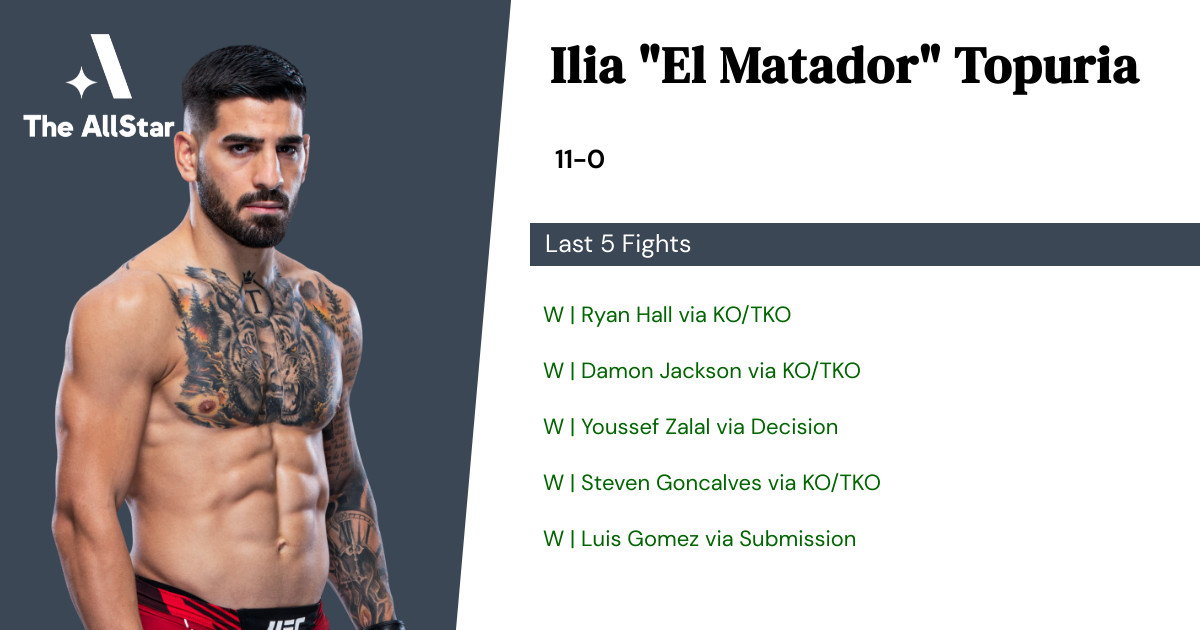 Ilia Topuria has a 91% finish rate, including 3 by knockout, 7 by submission, 1 by decision.

Jai Herbert vs Ilia Topuria is set to go down at UFC Fight Night – UFC Fight Night. The fight is expected to start at around 5:00pm EST on Saturday 19th March 2022.

ESPN+ is the best option to live stream Jai Herbert vs Ilia Topuria if you live in the United States. Outside of the USA, the best option is to register for UFC Fight Pass.

Where can I get the best odds for the Jai Herbert vs Ilia Topuria UFC fight?

Use the AllStar’s directory to find the best sportsbooks and recommendations on where to place UFC bets online. If you just want to play for fun, head over to to our Fantasy UFC picks app to make your fight predictions for Jai Herbert vs Ilia Topuria totally FREE.