Kyle Daukaus vs Jamie Pickett is set to go down at UFC Vegas 48: Walker vs Hill at 7:00pm EST on Saturday 19th February 2022 in a 195lbs catchweight matchup.

Kyle Daukaus’ last Octagon appearance against Kevin Holland ended in a No Contest due to an accidental headbutt. Daukaus has won just once in his 4 UFC appearances.

Jamie Pickett steps into this fight on short notice riding a two-fight winning streak. He will replace Julian Marquez with around 10 days’ notice.

Kyle Daukaus will enter this fight as the betting favorite with opening odds of -175. His opponent Jamie Pickett enters as the underdog with odds of +155.

Kyle Daukaus was originally scheduled to fight Julian Marquez. However, Marques pulled out of the fight with less than 2 weeks to go.

Jamie Pickett will step up and fight Kyle Daukaus. News first broke of this matchup on February 8th. Pickett requested that the fight be contested at a 195lbs catchweight.

After Johnny Walker vs Jamahal Hill was promoted to the main event, this fight will serve as the co-main event at UFC Vegas 48.

Kyle Daukaus thought he’d won his last matchup against Kevin Holland before the fight was ruled a No Contest due to an accidental clash of heads.

Daukaus has lost two of his four UFC fights, with his sole victory coming against Dustin Stoltzfus.

Daukaus told the AllStar that he nearly lost his eye during his fight against Phil Hawes, with the injury requiring a skin graft.

Jamie Pickett has won two in a row in the UFC with unanimous decision victories over Laureano Staropoli and Joseph Holmes.

This marked a return to winning ways for Pickett, who lost his first two fights in the UFC after his successful showing on Dana White’s Contender Series.

Despite Kyle Daukaus being the slightly taller fighter, Jamie Pickett will have a significant 4-inch reach advantage for this fight.

Daukaus is the younger fighter at 28 years old, while Pickett is 33.

Jamie Pickett has a 70% finishing rate which includes 8 knockouts. Daukaus has finished 80% of his fights, with all finishes coming via submission.

This will be an exciting matchup between a dangerous striker in Pickett vs a grappler and submission specialist in Daukaus.

There are high hopes for Daukaus who is still relatively young at 28. Pickett has impressed in his last two fights and has a highlight reel of KO’s on his record.

Both fighters have a bright future in the Middleweight division. Daukaus is still young and looked good while the fight lasted against Kevin Holland.

Jamie Pickett can make it three wins in a row with a victory in this bout, possibly staking his claim for a ranked opponent next.

The oddsmakers’ predictions have Daukaus as the favorite in this fight.

Daukaus spoke at length to the AllStar and detailed his mindset:

“I’ll be doing everything for a reason. I’ll make sure I’m aggressive the entire time.”

Get your Kyle Daukaus vs Jamie Pickett picks in.

Where to bet on Kyle Daukaus vs Jamie Pickett

Kyle Daukaus vs Jamie Pickett tale of the tape 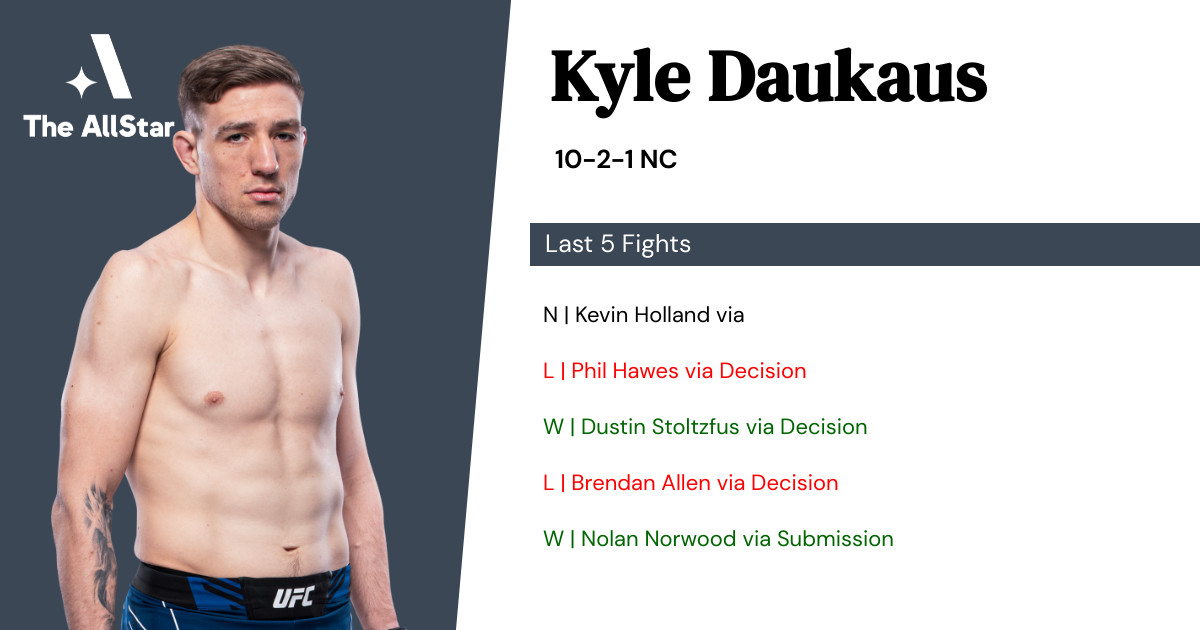 Kyle Daukaus has a 80% finish rate, including 8 by submission, 2 by decision. 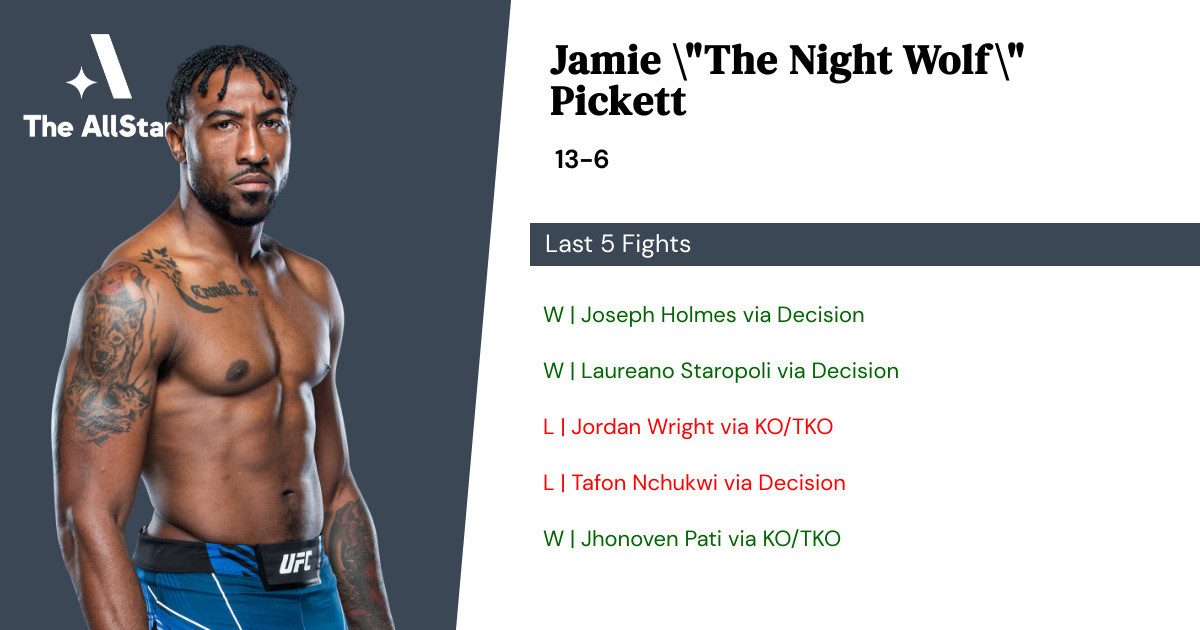 Jamie Pickett has a 70% finish rate, including 8 by knockout, 1 by submission, 4 by decision.

Kyle Daukaus vs Jamie Pickett is set to go down at UFC Vegas 48 – Dos Anjos vs. Fiziev. The fight is expected to start at around 7:00pm EST on Saturday 19th February 2022.

ESPN+ is the best option to live stream Kyle Daukaus vs Jamie Pickett if you live in the United States. Outside of the USA, the best option is to register for UFC Fight Pass.

Where can I get the best odds for the Kyle Daukaus vs Jamie Pickett UFC fight?

Use the AllStar’s directory to find the best sportsbooks and recommendations on where to place UFC bets online. If you just want to play for fun, head over to to our Fantasy UFC picks app to make your fight predictions for Kyle Daukaus vs Jamie Pickett totally FREE.