Muhammad Mokaev vs Cody Durden is set to go down at UFC Fight Night: Volkov vs. Aspinall at 5:30pm EST on Saturday 19th March 2022 in a 125lbs matchup.

Exciting prospect Muhammad Mokaev will be making his UFC debut with an undefeated amateur and professional MMA record.

Cody Durden racked up his first UFC win at the third attempt with a unanimous decision victory over Qileng Aori.

Muhammad Mokaev opens as the heavy favorite with betting odds of -340.

Cody Durden is the betting underdog with opening odds of +285.

This will be the UFC debut of the highly-touted Muhammad Mokaev.

Muhammad Mokaev has a perfect 5-0 record in his professional MMA career. The Dagestani arrived in the UK at 12 years of age and plans to come out holding the British flag.

Mokaev’s last fight ended via rear-naked choke in Round 2. He has fought extensively as an amateur, accumulating an undefeated 22-0 record.

The American drew his UFC debut and then lost via submission to Jimmy Flick in his second UFC fight.

Muhammad Mokaev is considerably younger than his opponent at 21 years old, while Durden is 30.

Mokaev is also two inches taller than Durden at 5”9. The American has twice the professional MMA experience, with 15 fights to Mokaev’s 7.

However, Mokaev has extensive amateur MMA experience. He spent almost 4 months in Bahrain in preparation for this fight.

UFC fans have been eagerly awaiting Muhammad Mokaev’s debut for some time now. The undefeated fighter is considered the heavy-favorite here for good reason.

However, Cody Durden showed how tough he is in his last UFC appearance and will put on a stern test for the debutant.

The stakes are always huge for any fighter making their UFC debut. In Muhammad Mokaev’s case, his debut also comes in front of a home crowd.

Durden is 1-1-1 in his UFC career. Another defeat could spell his last fight in the promotion.

The bookies’ predictions see Muhammad Mokaev as the sizeable favorite with betting odds of -340.

Get your Muhammad Mokaev vs Cody Durden picks in.

Where to bet on Muhammad Mokaev vs Cody Durden

Muhammad Mokaev vs Cody Durden tale of the tape 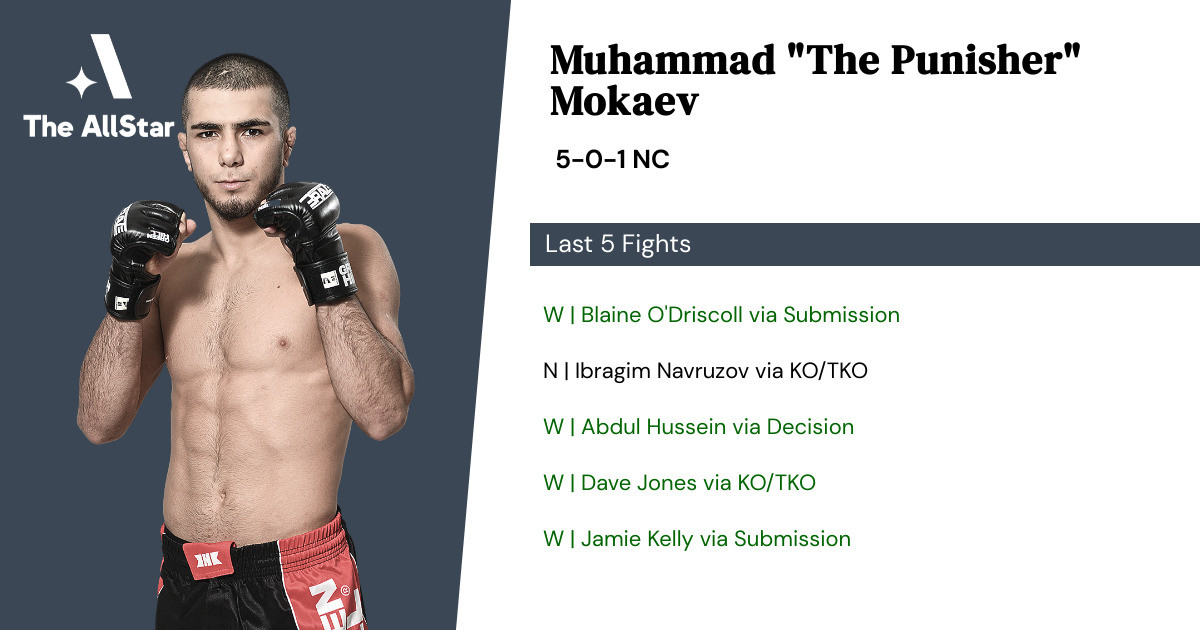 Muhammad Mokaev has a 60% finish rate, including 2 by knockout, 2 by submission, 2 by decision.

Muhammad Mokaev is looking to put together a winning streak, having last beaten Blaine O’Driscoll at BRAVE CF 54. 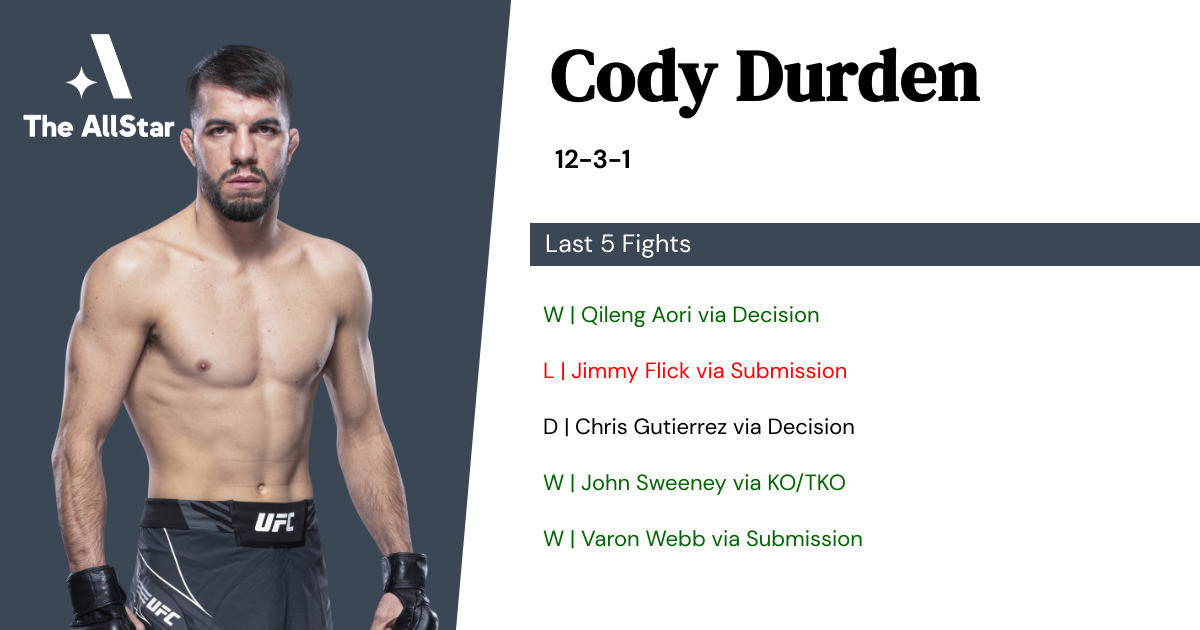 Cody Durden has a 84% finish rate, including 5 by knockout, 5 by submission, 2 by decision.

Cody Durden is looking to put together a winning streak, having last beaten Qileng Aori at UFC Fight Night: Vieira vs. Tate.

Muhammad Mokaev vs Cody Durden is set to go down at UFC Fight Night – UFC Fight Night. The fight is expected to start at around 5:30pm EST on Saturday 19th March 2022.

ESPN+ is the best option to live stream Muhammad Mokaev vs Cody Durden if you live in the United States. Outside of the USA, the best option is to register for UFC Fight Pass.

Where can I get the best odds for the Muhammad Mokaev vs Cody Durden UFC fight?

Use the AllStar’s directory to find the best sportsbooks and recommendations on where to place UFC bets online. If you just want to play for fun, head over to to our Fantasy UFC picks app to make your fight predictions for Muhammad Mokaev vs Cody Durden totally FREE.