Alan Baudot has lost both of his fights in the UFC by TKO, although his latest loss was overturned to a No Contest after opponent Rodrigo Nascimento tested positive for a banned substance.

Parker Porter will be the sizeable betting favorite in this fight with opening odds of -240. His opponent Alan Baudot will enter as the underdog with betting odds set at +210.

This fight was a relatively late announcement for the UFC Vegas 48 card, first reported on January 24th.

The bout, contested at Heavyweight, will take place on the main card on February 19th.

Parker Porter has strung together a couple of decisive wins since losing his UFC debut to Chris Daukaus.

Porter was totally dominant in both fights, securing unanimous decision wins. Every major media outlet picks had him winning both bouts easily.

Alan Baudot has had a rough time in his short UFC career, suffering successive TKO defeats. He lost to rising Heavyweight contender Tom Aspinall and Rodgrigo Nascimento, although the second defeat was overturned to a No Contest.

Baudot is the training partner of UFC Heavyweight challenger Cyril Gane. He has been the underdog in both of his UFC fights, with this upcoming bout continuing this trend.

Alan Baudot will be the taller fighter in this matchup at 6”3, while Parker Porter is 6”0.

Porter is 3 years older at 36 and also has more fight experience with 18 fights to Baudot’s 11.

Alan Baudot will have a significant 4-inch reach advantage with a 79-inch reach.

Alan Baudot entered the UFC with a lot of hype, bringing a 100% finishing record to the Octagon. He clearly has the power to knock out any of his opponents.

Parker Porter has shown excellent striking and footwork in his last two fights. He is a game fighter who loves to scrap.

The stakes are high for both fighters in this bout. Alan Baudot may be fighting for his UFC future after two successive defeats. For Porter, stringing together three victories would help him climb the rankings and possibly attract a Top 15 opponent next.

The bookies’ predictions have Parker Porter as the favorite in this fight. Alan Baudot has been the underdog in each of his UFC fights.

In an interview with The AllStar, Parker Porter picks his first finish in the UFC:

Get your Parker Porter vs Alan Baudot picks in.

Where to bet on Parker Porter vs Alan Baudot

Parker Porter vs Alan Baudot tale of the tape 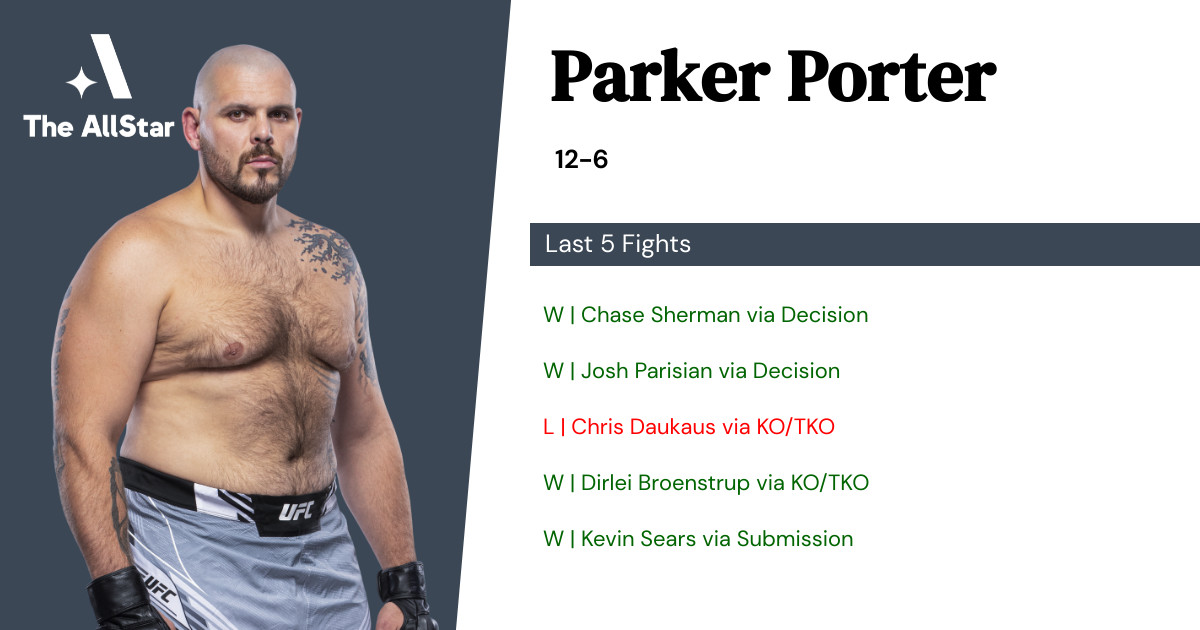 Parker Porter has a 67% finish rate, including 4 by knockout, 4 by submission, 4 by decision. 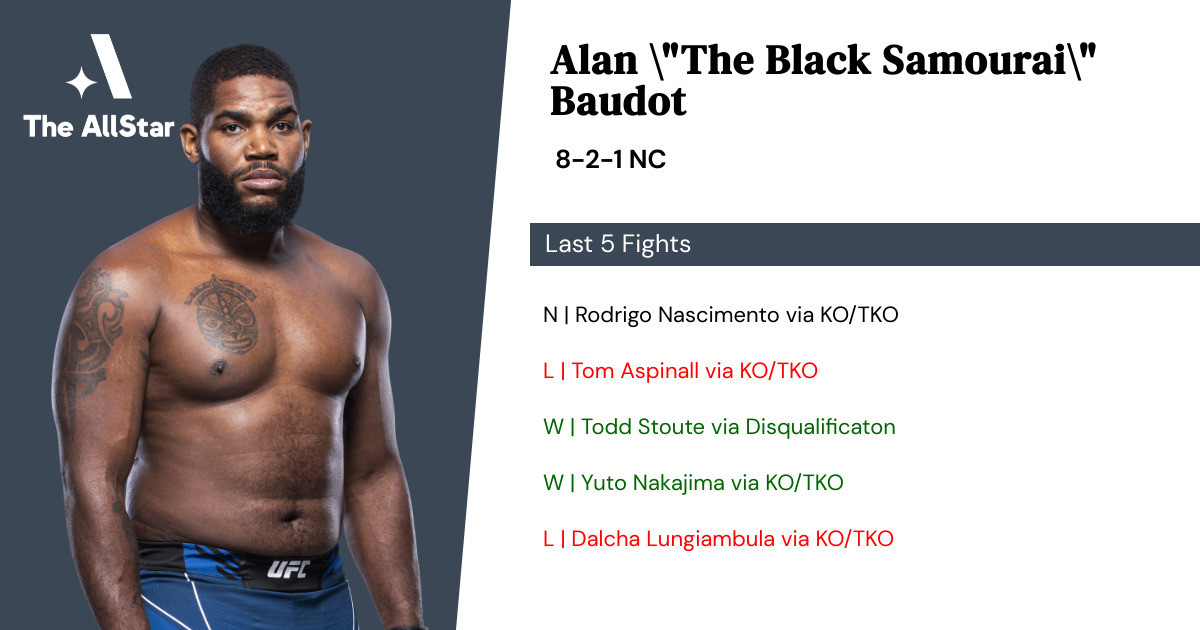 Alan Baudot has a 100% finish rate, including 7 by knockout.

Parker Porter vs Alan Baudot is set to go down at UFC Fight Night – Dos Anjos vs. Fiziev. The fight is expected to start at around 5:30pm EST on Saturday 19th February 2022.

ESPN+ is the best option to live stream Parker Porter vs Alan Baudot if you live in the United States. Outside of the USA, the best option is to register for UFC Fight Pass.

Where can I get the best odds for the Parker Porter vs Alan Baudot UFC fight?

Use the AllStar’s directory to find the best sportsbooks and recommendations on where to place UFC bets online. If you just want to play for fun, head over to to our Fantasy UFC picks app to make your fight predictions for Parker Porter vs Alan Baudot totally FREE.