Sergey Spivak lost his last UFC fight against rising contender Tom Aspinall. Prior to this, Spivak was riding a three-fight win streak.

Greg Hardy is also coming off a defeat after his knockout loss against Tai Tuivasa. Hardy is on a two-fight losing streak.

Sergey Spivak will open as the favorite with betting odds of -205.

Greg Hardy is the betting underdog with opening odds of +180.

Sergey Spivak vs Greg Hardy was initially set to take place at UFC 270 before Hardy pulled out with a finger injury.

The fight was rebooked for UFC 272 and is expected to open up the main PPV card.

Sergey Spivak was on a three-fight win streak before running into Tom Aspinall in September 2021, losing via TKO in Round 1.

Since losing his UFC debut and undefeated record against Walt Harris, Spivak has gone 4-2 in the UFC which includes notable wins over Aleksei Oleinik and Tai Tuivasa.

Greg Hardy was involved in a thriller in his last Octagon appearance against Tai Tuivasa at UFC 264. After stunning Tuivasa in Round 1, Hardy got clipped rushing in and lost via TKO.

Unquestionable power! 😤@GregHardyJr sits Greene down on a jab and doesn't let up.

Hardy has three knockout victories in the UFC and two more on Dana White’s Contender Series. However, he has been stopped by strikes in his last two fights.

Greg Hardy is 6”5 and Sergey Spivak is 6”2. Hardy will have a small 2-inch reach advantage in this fight.

Despite being 6 years younger than Hardy, Sergey Spivak has had more professional fights in his career.

This battle between two giant Heavyweights promises to be an electrifying start to the main card.

Greg Hardy brings serious knockout power as his record shows. He tends to pose the biggest threat in the opening round, so make sure you tune in from the beginning.

Sergey Spivak brings a well-rounded style and a suffocating top game. How he executes his game plan against former-NFL athlete Hardy will be an intriguing watch.

Despite a promising run of two wins against Yorgan de Castro and Maurice Greene, Hardy has now lost two-in-a-row. He will be desperate for another victory to prove he belongs in the UFC.

Sergey Spivak was climbing up the Heavyweight rankings before his defeat to top contender Tom Aspinall. A win here and Spivak can reassert his claims as a legitimate contender.

The oddsmakers’ predictions see Sergey Spivak as the favorite with opening betting odds of -205.

“Sergey Spivak is excellent against the fence. Let’s see how Greg Hardy’s takedown defence is.”

Get your Sergey Spivak vs Greg Hardy picks in.

Where to bet on Sergey Spivak vs Greg Hardy

Sergey Spivak vs Greg Hardy tale of the tape

Sergey Spivak has the better record against the shared opposition, at 1-1 to Greg Hardy’s record of 0-2 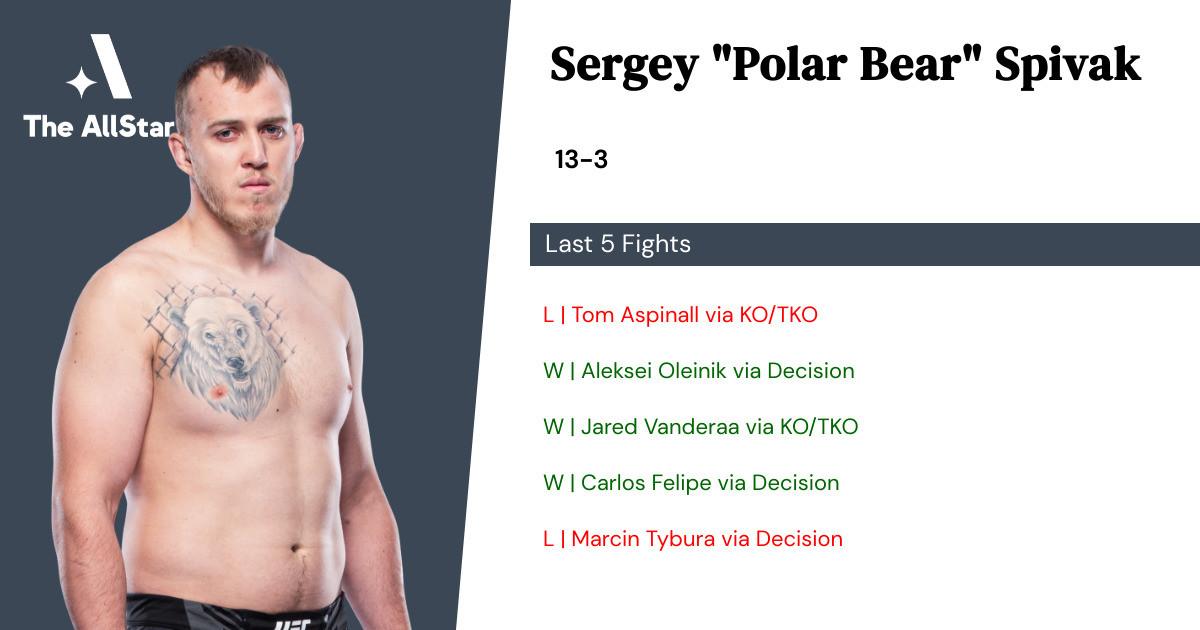 Sergey Spivak has a 85% finish rate, including 5 by knockout, 6 by submission, 2 by decision.

Sergey Spivak is looking to get back to winning ways after a loss at the hands of Tom Aspinall at UFC Fight Night: Brunson vs. Till. 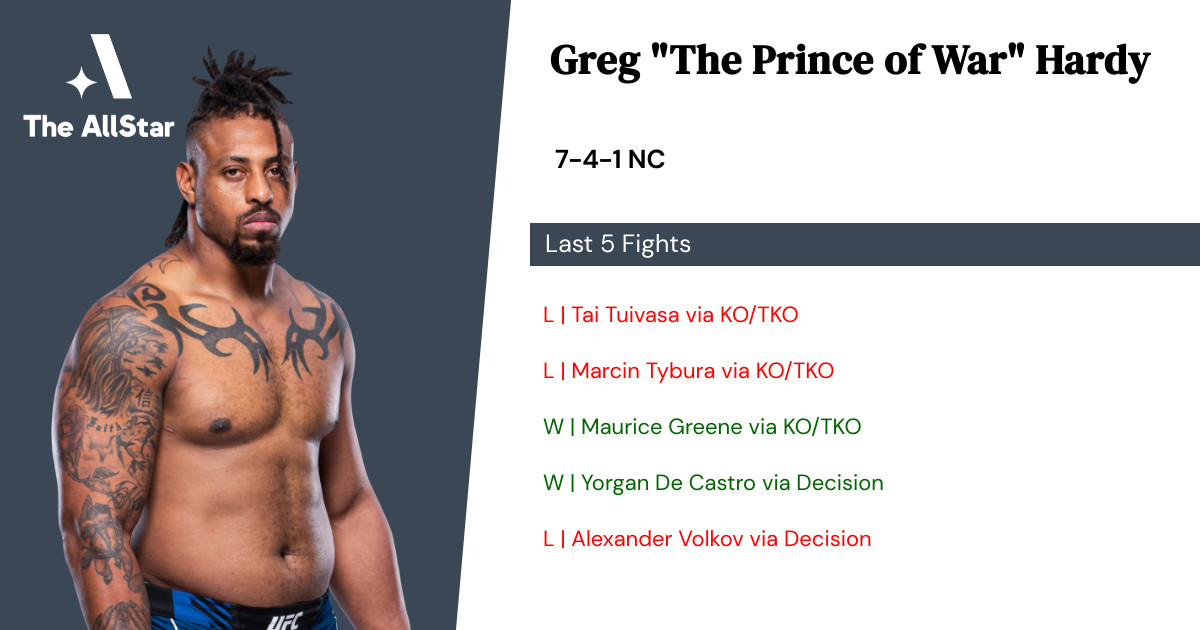 Greg Hardy has a 86% finish rate, including 6 by knockout, 1 by decision.

Greg Hardy is currently on a 2 fight losing skid.

Sergey Spivak vs Greg Hardy is set to go down at UFC 272 – Covington vs. Masvidal. The fight is expected to start at around 9:00pm EST on Saturday 5th March 2022.

ESPN+ is the best option to live stream Sergey Spivak vs Greg Hardy if you live in the United States. Outside of the USA, the best option is to register for UFC Fight Pass.

Where can I get the best odds for the Sergey Spivak vs Greg Hardy UFC fight?

Use the AllStar’s directory to find the best sportsbooks and recommendations on where to place UFC bets online. If you just want to play for fun, head over to to our Fantasy UFC picks app to make your fight predictions for Sergey Spivak vs Greg Hardy totally FREE.