The future odds for Kamaru Usman vs Khamzat Chimaev were released shortly after Chimaev’s win over Li. Usman open as a fairly strong -200 favorite over Chimaev, who opened at +170. Since opening, the odds have shifted just a little bit, putting Usman at -190 and Chimeav at +165.

It will be interesting to see the line movement if and when this fight ever gets made. One thing’s for sure, no matter what happens at UFC 268, Chimeav will likely be the fighter the fans want to see challenge for the welterweight title next. Whether he is next up or a fight away, that’s up to the UFC brass.

Usman most recently appeared at UFC 261, taking on and defeating Jorge Masvidal via KO/TKO in a Welterweight bout. He went into the fight as the -350 moderate favorite. Usman earned a performance of the night bonus cheque for his efforts. The win extended his winning streak to 20 in a row. Usman’s professional MMA record currently sits at 19-1.

Chimaev most recently appeared at UFC 267, taking on and defeating Jingliang Li via Submission in a Welterweight bout. He went into the fight as the -500 heavy favorite. Chimaev earned a performance of the night bonus cheque for his efforts. The win extended his winning streak to 10 in a row. Chimaev’s professional MMA record currently sits at 10-0. 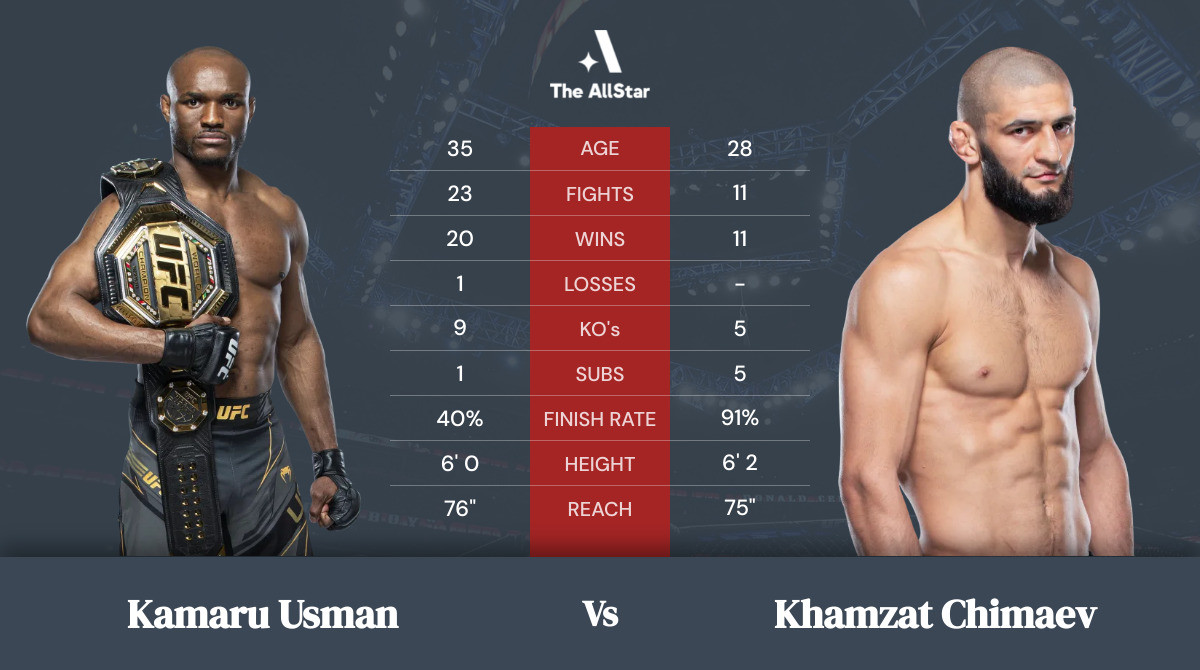