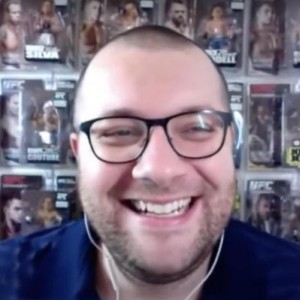 MMA writer/podcast host/handicapper. Over 10 years of experience writing about MMA. I love this sport.

This Saturday at UFC Vegas 36, Liverpool, England native Paddy Pimblett makes his highly-anticipated debut in the UFC when he faces off against Luigi Vendramini. A professional MMA fighter dating back to 2012, the 26-year-old Pimblett has been one of Europe’s top MMA prospects for many years. Competing mainly for the Cage Warriors promotion, Pimblett was the former 145lbs champion of that organization, and he also competed as a bantamweight and a lightweight there. After spending the last several years at 155lbs, Pimblett went on a win streak and the UFC decided to finally sign him in March, with his official debut set for this weekend.

Ahead of Pimblett’s UFC debut, let’s take a closer look at his skills and his potential upside.

Pimblett is a well-rounded MMA fighter but he excels the most when he gets his fights to the ground. In his MMA career, out of his 16 professional victories, seven of them have come by submission, which is more than any other method he’s used to defeat his opponents. On the ground, he is constantly attacking and looking for submissions and he often gets them. However, he often gives up position and winds up on his back. As good as he is with his grappling skills from an offensive point of view, there does appear to be a hole in his takedown defence, which is something that Nad Narimani exploited when he took the belt from him in CWFC in 2017.

As far as his striking goes, Pimblett is a solid-but-unspectacular striker. He mostly uses his striking skills to set up his takedowns, which is where he makes his living with his submissions on the mat. Pimblett can hang on the feet and can bang it out as he’s never been knocked out in his career. He doesn’t have one-punch knockout power or anything but he can swarm his opponents and finish them with strikes. He also has the cardio needed to go the full 25 minutes.

With a 16-3 record in MMA, Pimblett has the experience he needs to succeed in the UFC. However, while I do think he can pick up some wins at the highest level of the sport and stick around the UFC roster for several years, I’m not sure if he has the potential to break into the top-15 in the stacked UFC lightweight division. Even though Pimblett is a solid all-around MMA fighter, he does have a big hole in his defensive wrestling, and many of the top lightweights in the UFC are grapplers. I think Pimblett can beat many of the middle-tier lightweights in the UFC, but once he starts facing fighters who can pin him to the ground, he can be in serious trouble.

One of the worries I have with Pimblett in the UFC is his size while fighting at lightweight. Remember, Pimblett started his MMA career as a bantamweight before achieving his most success as a featherweight. He’s been decent as a lightweight, with a 3-1 record, but that loss to Soren Bak doesn’t look great right now. Pimblett’s wrestling has been very effective on the European regional scene, but I honestly question how effective it will be at the UFC level. In my opinion, Pimblett is going to win a few fights in the Octagon, but I don’t see him being a champ.

See also  The MMA Daily: Aspen Ladd says Kayla Harrison's resume is 'absolutely nothing' compared to her own

Pimblett makes his UFC debut on September 4 against three-fight Octagon veteran Luigi Vendramini at UFC Vegas 36. Like Pimblett, Vendramini is a good grappler who can wrestle his opponents. I also believe that Vendramini has more pure knockout power. However, I do think that Pimblett is a bit more active in his fights, and if this fight goes to the judges, that lack of activity could come back to haunt Vendramini as it did in his fight against Fares Ziam. The oddsmakers have listed Pimblett as a small favorite for his UFC debut and he certainly has a winnable fight in front of him in Vendramini, but at the same time, it won’t be a walk in the park.

MMA writer/podcast host/handicapper. Over 10 years of experience writing about MMA. I love this sport.