A new fight between Sijara “Sarj” Eubanks and Melissa Gatto has been announced in the Flyweight division. The fight will take place at UFC Vegas 45 on December 18, 2021.

Eubanks most recently appeared at UFC Fight Night, taking on and defeating Elise Reed via KO/TKO in a Flyweight bout. Eubanks went into the fight as the -360 moderate favorite. The win snapped a 2 fight skid. Eubanks’s professional MMA record currently sits at 7-6.

Gatto most recently appeared at UFC 265, taking on and defeating Victoria Leonardo via KO/TKO in a Flyweight bout. Gatto went into the fight as the -115 near even. The win extended her winning streak to 2 in a row. Gatto’s professional MMA record currently sits at 7-0-2. 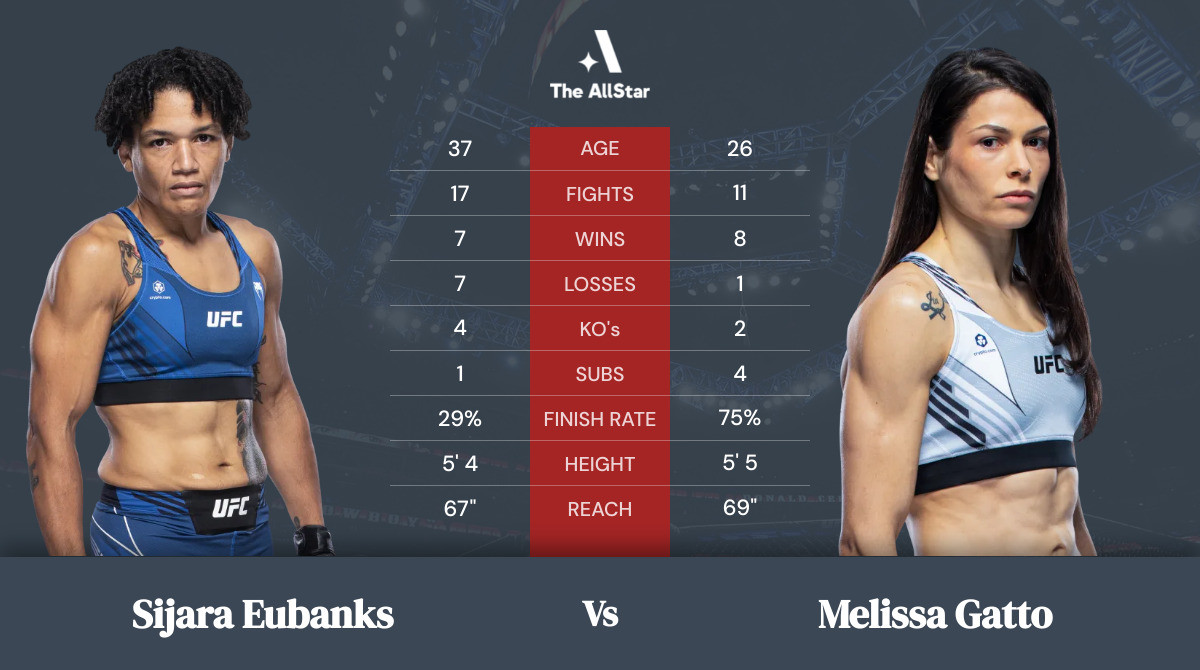