A new fight between Stephen “Wonderboy” Thompson and Belal “Remember the Name” Muhammad has been announced in the Welterweight division. The fight is scheduled to take place at UFC Vegas 45 on December 18, 2021.

In his most recent octagon appearance, Thompson was defeated by Gilbert Burns via Decision at UFC 264 in a Welterweight bout. Thompson was the slight favorite in the fight, coming in at -160. The loss snapped a 2 fight winning streak for Thompson, whose professional MMA record currently sits at 16-5-1.

Muhammad most recently appeared at UFC 263, taking on and defeating Demian Maia via Decision in a Welterweight bout. Muhammad went into the fight as the -225 moderate favorite. The win marked a return to the win column for Muhammad. His professional MMA record currently sits at 19-3 (1 NC).

The AllStar will post opening betting lines and odds when betting markets open. 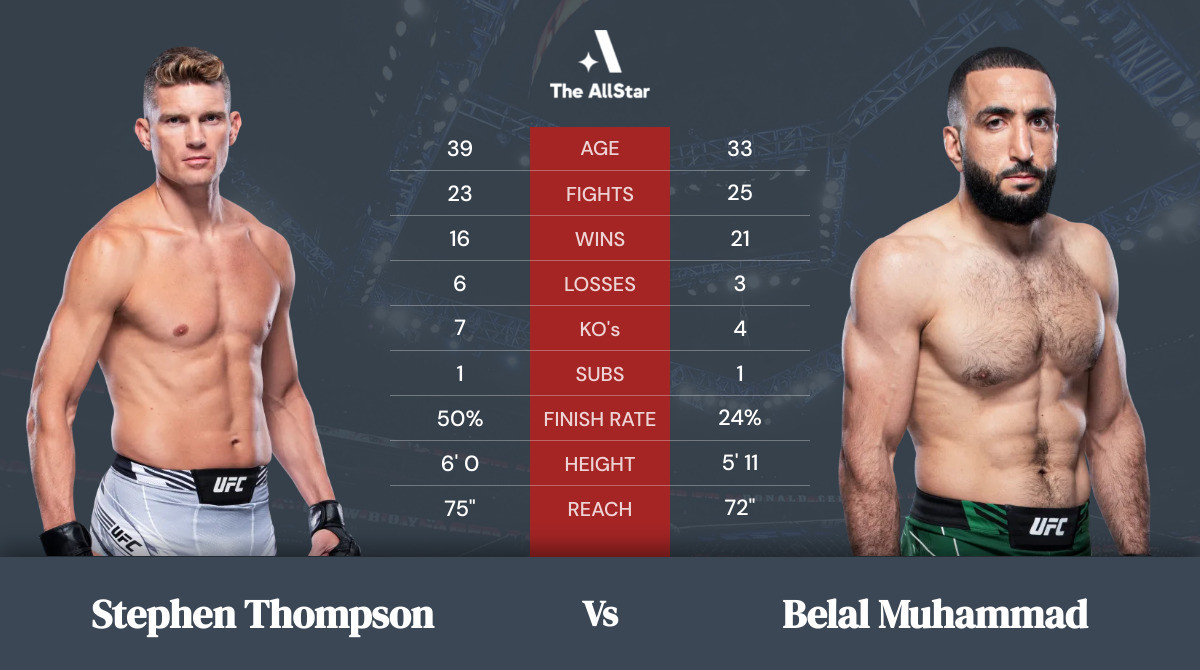