A new fight between Geoff “Handz of Steel” Neal and Santiago “Argentine Dagger” Ponzinibbio has been announced in the welterweight division. The fight is scheduled to take place at UFC 269 on Saturday December 11, 2021.

In his most recent octagon appearance, Neal was defeated by Neil Magny via decision at UFC Vegas 26 in a welterweight bout. Neal was the slight favorite in the fight, coming in at -185. The loss extended his losing streak to 2 in a row. Neal’s professional MMA record currently sits at 13-4.

Ponzinibbio most recently appeared at UFC Vegas 28, taking on and defeating Miguel Baeza via decision in a welterweight bout. Ponzinibbio went into the fight as the +145 slight underdog. Both fighters were awarded a Fight of the Night performance bonus for their efforts. The win marked a return to the win column for Ponzinibbio, whose professional MMA record currently sits at 28-4. 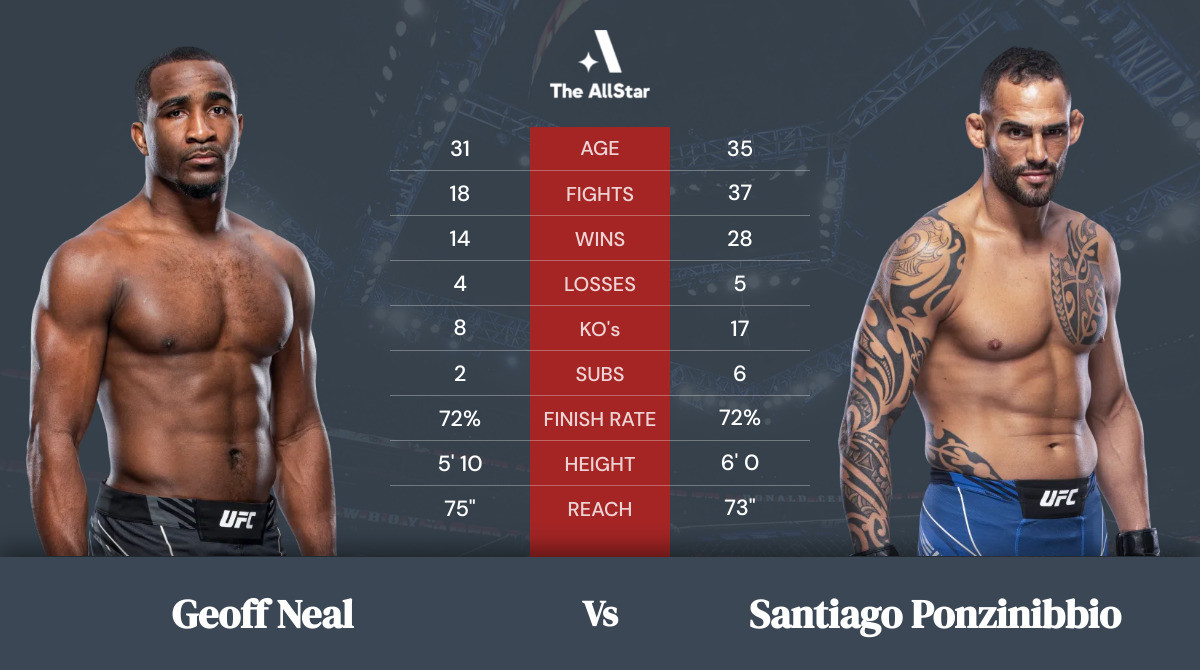