Aiemann Zahabi is a 34 year old Male fighter from Canada with a 8-2-0 pro MMA record. Zahabi is scheduled to fight Ricky Turcios at UFC Fight Night on Saturday July 9, 2022 in a Bantamweight bout.

Aiemann Zahabi has 8 wins with a 88% finish rate, including 4 by knockout, 3 by submission, 1 by decision. 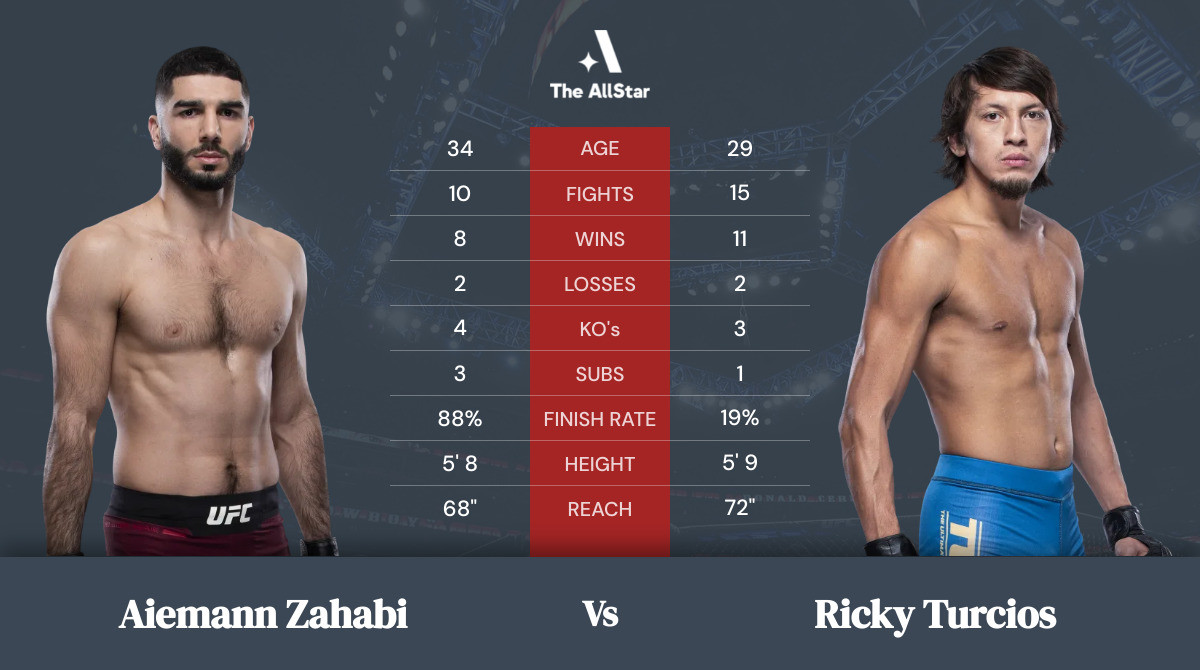 Zahabi made his professional debut against Kyle Vivian on November 30, 2012, fighting on the main card of SLAMM 1.

He made a winning start to his career, defeating Kyle Vivian who carried a 0-5-0 professional MMA record into the fight.

Aiemann Zahabi beat Kyle Vivian by Submission at 1:28 of Round 1.

Zahabi made his debut in the UFC against Reginaldo Vieira on February 19, 2017, fighting on the preliminary card of UFC Fight Night 105: Lewis vs. Browne having compiled a 6-0-0 professional MMA record.

Aiemann Zahabi beat Reginaldo Vieira by Decision at 5:00 of Round 3.

Since his debut, Zahabi has gone on to fight a total of 4 more times in the UFC. His UFC record stands at 2-2-0.

Zahabi's last loss came against Vince Morales at UFC on ESPN+ 9 on Saturday May 4, 2019. Aiemann Zahabi lost to Vince Morales by Decision at 5:00 of Round 3.

How many UFC fights has Aiemann Zahabi had?

How many pro MMA knockouts does Aiemann Zahabi have?

Zahabi has knocked out 4 opponents.

How many pro MMA submissions does Aiemann Zahabi have?

How many times has Aiemann Zahabi been knocked out?

Zahabi has been knocked out 1 times.

How many times has Aiemann Zahabi been submitted?

Zahabi has never been submitted.