Bayaman Nurmamat is a 27 year old Male fighter from Kyrgyzstan with a 8-4-0 pro MMA record. Nurmamat is scheduled to fight Abdul-Rakhman Makhazhiev at ACA Young Eagles 30 on Sunday October 16, 2022 in a Lightweight bout.

Bayaman Nurmamat has 8 wins with a 100% finish rate, including 3 by knockout, 5 by submission. 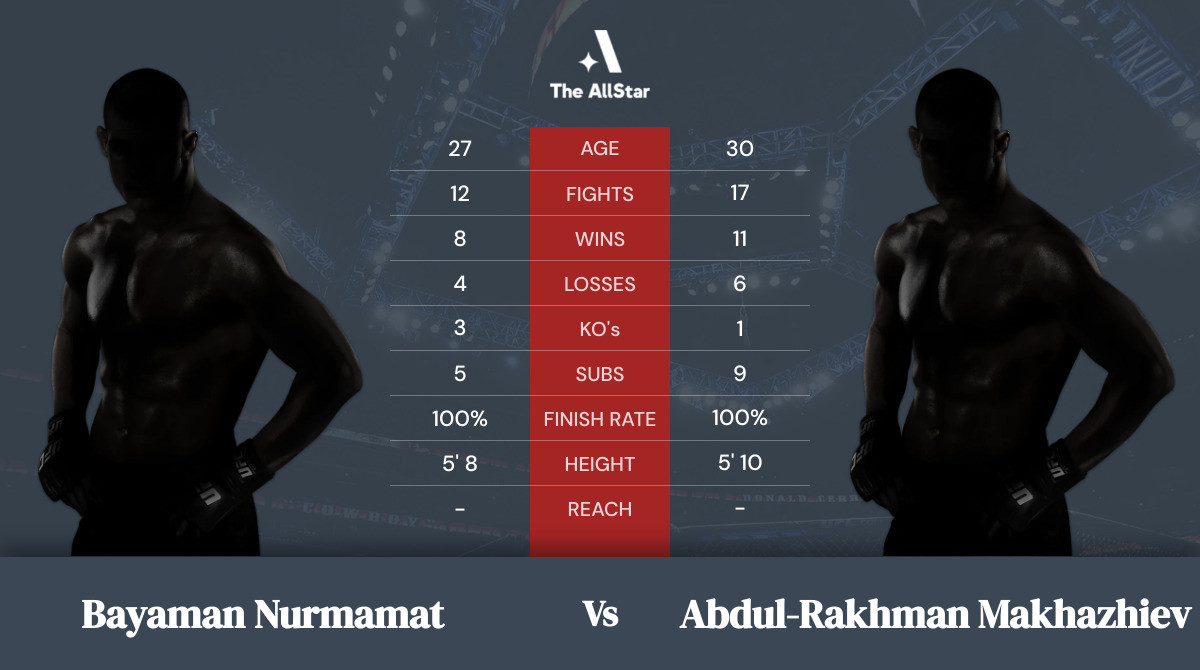 Nurmamat made his professional debut against Asim Kasumov on June 11, 2017, fighting on the main card of Sibforce: Battle in the Sayan Mountains.

He made a winning start to his career, defeating Asim Kasumov who carried a 1-1-0 professional MMA record into the fight.

Nurmamat's last loss came against Arbi Akhmadov at ACA Young Eagles 28 on Saturday August 20, 2022. Bayaman Nurmamat lost to Arbi Akhmadov by Submission at 2:46 of Round 1.

Nurmamat has knocked out 3 opponents.

Nurmamat has been knocked out 2 times.

Nurmamat has been submitted 1 times.