David “Tarzan” Douglas is a 40 year old Male fighter from United States with a 8-10-0 pro MMA record. Douglas is scheduled to fight Eugene Correa at Urijah Faber's A1 Combat 6 on Saturday October 22, 2022 in a Lightweight bout.

David Douglas has 8 wins with a 100% finish rate, including 7 by knockout, 1 by submission.

David Douglas is currently on a 2 fight losing skid. 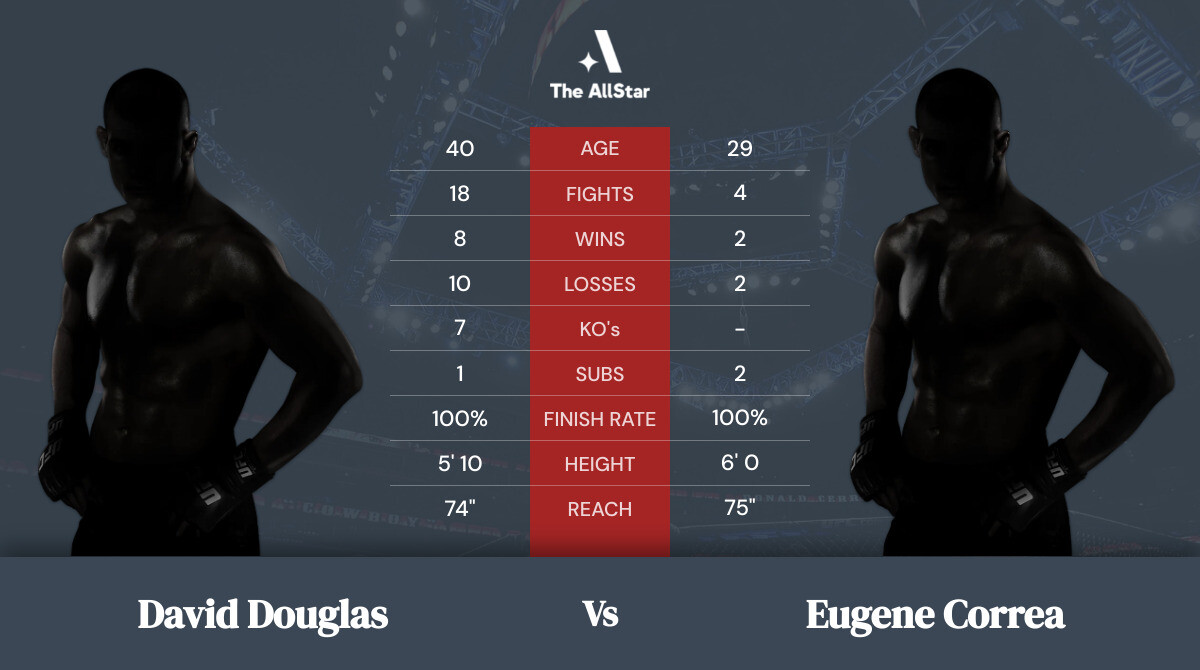 Douglas made his professional debut against Jeff Curran on March 5, 2005, fighting on the main card of IFC 22: Eve Of Destruction.

He lost his first MMA fight, losing to Jeff Curran who carried a 21-7-1 professional MMA record into the fight.

David Douglas lost to Jeff Curran by Submission at 1:39 of Round 1.

When was David Douglas's last win?

Douglas's last win came against DJ Roberson at Gladiator Challenge on Saturday November 11, 2017. David Douglas beat DJ Roberson by KO/TKO at 0:22 of Round 1.

Who is David Douglas's next opponent?

Douglas is scheduled to fight Eugene Correa at Urijah Faber's A1 Combat 6 on Saturday October 22, 2022.

When was David Douglas's last loss?

How many pro MMA knockouts does David Douglas have?

Douglas has knocked out 7 opponents.

How many pro MMA submissions does David Douglas have?

How many times has David Douglas been knocked out?

Douglas has been knocked out 8 times.

How many times has David Douglas been submitted?

Douglas has been submitted 2 times.