Gábor “Beast” Boráros is a Male fighter from Slovak Republic with a 18-10-1 pro MMA record. Boráros is scheduled to fight James Lewis at OKTAGON 35 on Saturday September 17, 2022 in a Welterweight bout.

Gábor Boráros has 18 wins with a 95% finish rate, including 12 by knockout, 5 by submission, 1 by decision.

Gábor Boráros is currently on a 3 fight losing skid. 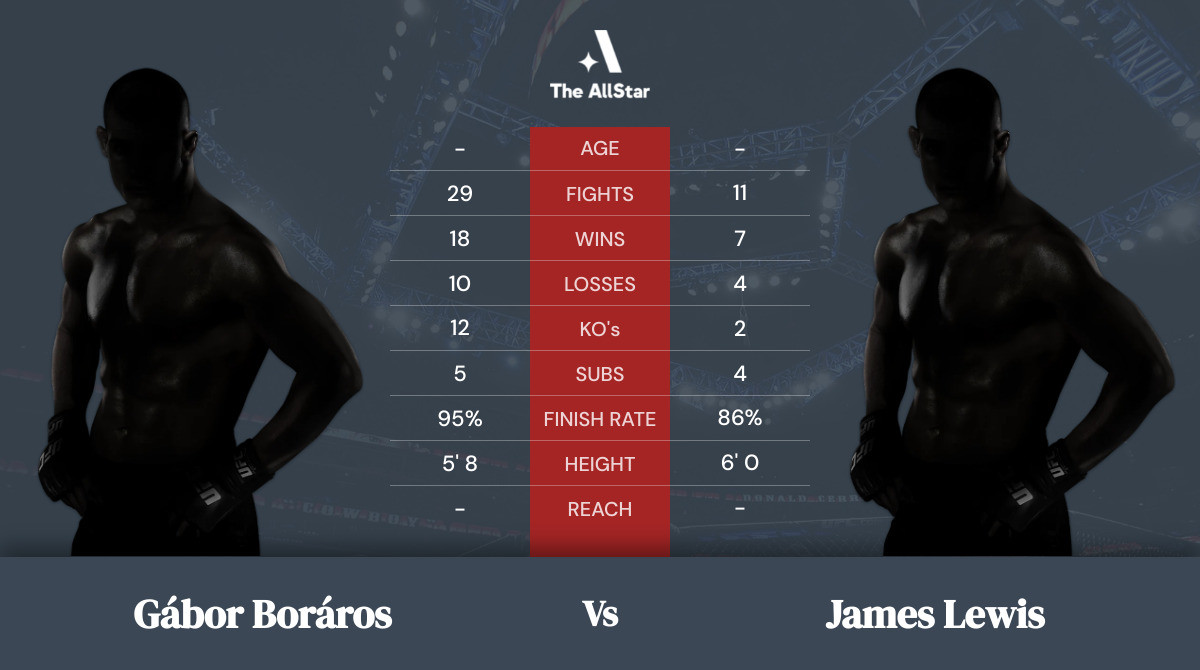 Boráros made his professional debut against Vojtech Prokop on October 16, 2011, fighting on the regional circuit.

Gábor Boráros vs Vojtech Prokop ended in draw by at 5:00 of Round 2.

When was Gábor Boráros's last win?

Boráros's last win came against Maurício Reis at Oktagon Prime 3 on Saturday February 15, 2020. Gábor Boráros beat Maurício Reis by KO/TKO at 1:01 of Round 3.

Who is Gábor Boráros's next opponent?

Boráros is scheduled to fight James Lewis at OKTAGON 35 on Saturday September 17, 2022.

When was Gábor Boráros's last loss?

How many pro MMA knockouts does Gábor Boráros have?

Boráros has knocked out 12 opponents.

How many pro MMA submissions does Gábor Boráros have?

How many times has Gábor Boráros been knocked out?

Boráros has been knocked out 5 times.

How many times has Gábor Boráros been submitted?

Boráros has never been submitted.