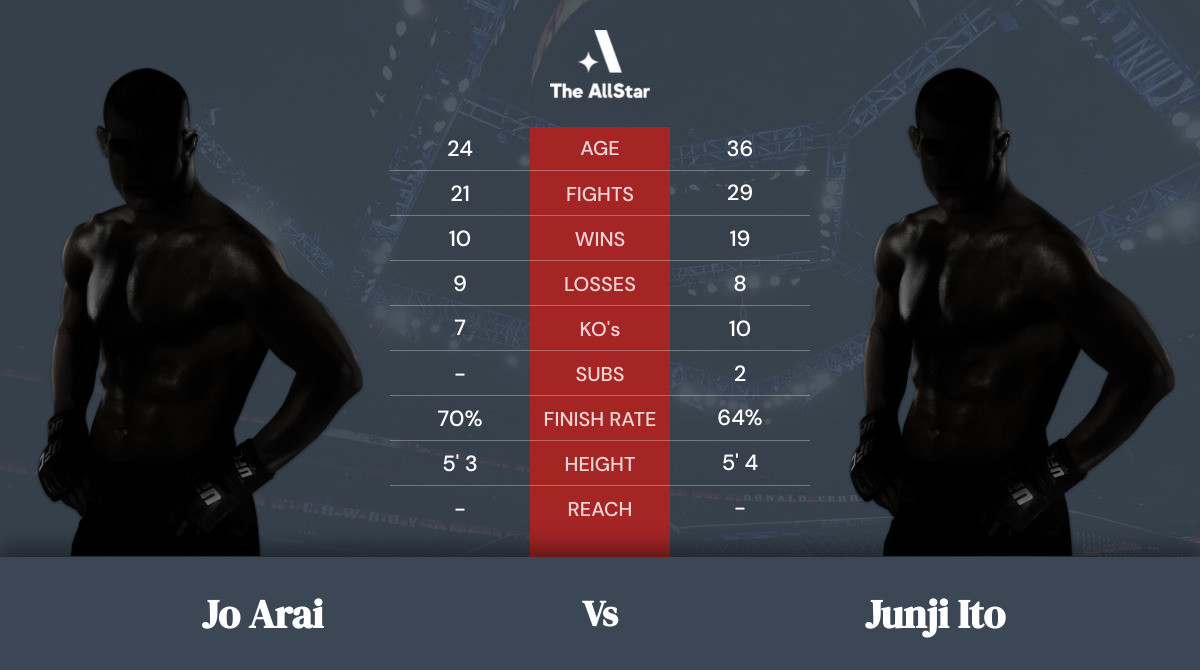 Arai made his professional debut against Ushi Akiyama on February 1, 2014, fighting on the main card of Kingdom Ehrgeiz: Satellite Fight Vol. 20.

He made a winning start to his career, defeating Ushi Akiyama who carried a 1-0-0 professional MMA record into the fight.

Jo Arai beat Ushi Akiyama by Decision at 5:00 of Round 2.

When was Jo Arai's last win?

Who is Jo Arai's next opponent?

When was Jo Arai's last loss?

Arai's last loss came against Takeru Uchida at Shooto 30th Anniversary Tour 6th Round on Monday July 15, 2019. Jo Arai lost to Takeru Uchida by Submission at 1:52 of Round 2.

How many pro MMA knockouts does Jo Arai have?

Arai has knocked out 7 opponents.

How many pro MMA submissions does Jo Arai have?

Arai has no submissions on his pro MMA record.

How many times has Jo Arai been knocked out?

Arai has been knocked out 2 times.

How many times has Jo Arai been submitted?

Arai has been submitted 7 times.