Mizuki Furuse is a 21 year old Female fighter from Japan with a 9-9-0 pro MMA record. Furuse is scheduled to fight Saori Oshima at DEEP 110 Impact on Saturday November 12, 2022 in a bout.

Mizuki Furuse has 9 wins with a 45% finish rate, including 2 by knockout, 4 by submission, 5 by decision. 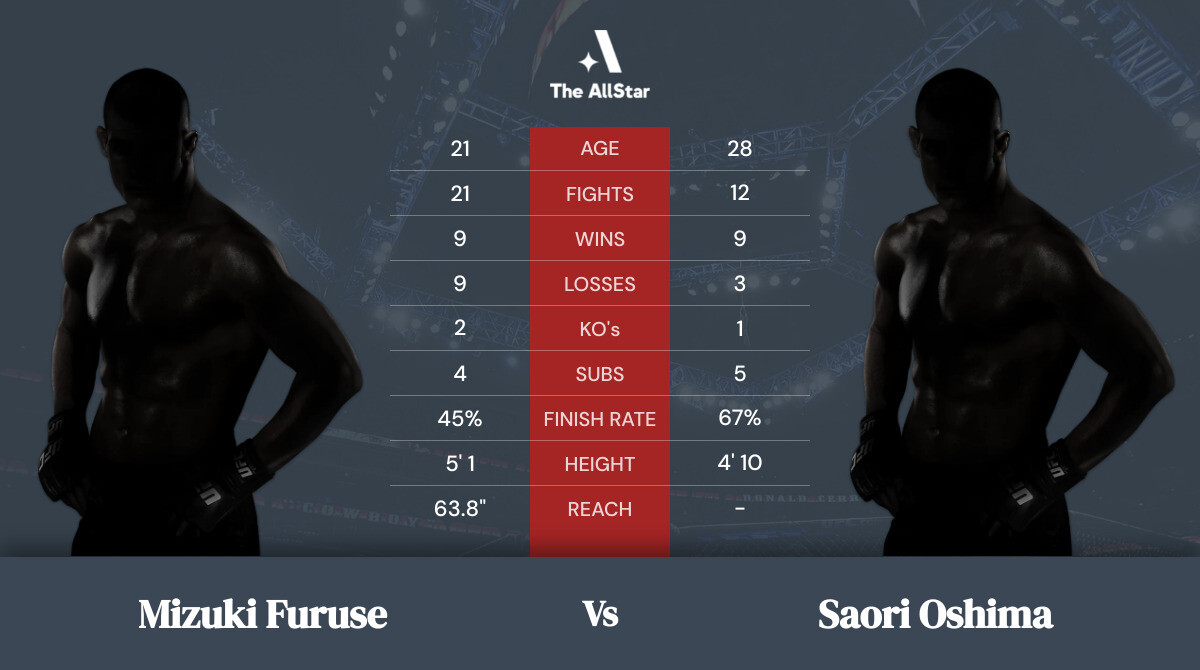 Furuse made her professional debut against Yuko Kiryu on February 25, 2017, fighting on the main card of GRACHAN 28 x Brave Fight 14.

She lost her first MMA fight, losing to Yuko Kiryu who carried a 2-4-0 professional MMA record into the fight.

Mizuki Furuse lost to Yuko Kiryu by Decision at 5:00 of Round 2.

When was Mizuki Furuse's last win?

Who is Mizuki Furuse's next opponent?

Furuse is scheduled to fight Saori Oshima at DEEP 110 Impact on Saturday November 12, 2022.

When was Mizuki Furuse's last loss?

Furuse's last loss came against Aya Murakami at DEEP JEWELS 35 on Saturday December 11, 2021. Mizuki Furuse lost to Aya Murakami by Submission at 4:58 of Round 1.

How many pro MMA knockouts does Mizuki Furuse have?

Furuse has knocked out 2 opponents.

How many pro MMA submissions does Mizuki Furuse have?

How many times has Mizuki Furuse been knocked out?

Furuse has been knocked out 4 times.

How many times has Mizuki Furuse been submitted?

Furuse has been submitted 4 times.