Oemer Cankardesler is a 37 year old Male fighter from Germany with a 12-12-2 pro MMA record. Cankardesler is scheduled to fight Islam Djabrailov at We Love MMA 59 on Saturday September 17, 2022 in a Featherweight bout.

Oemer Cankardesler has 12 wins with a 100% finish rate, including 2 by knockout, 10 by submission. 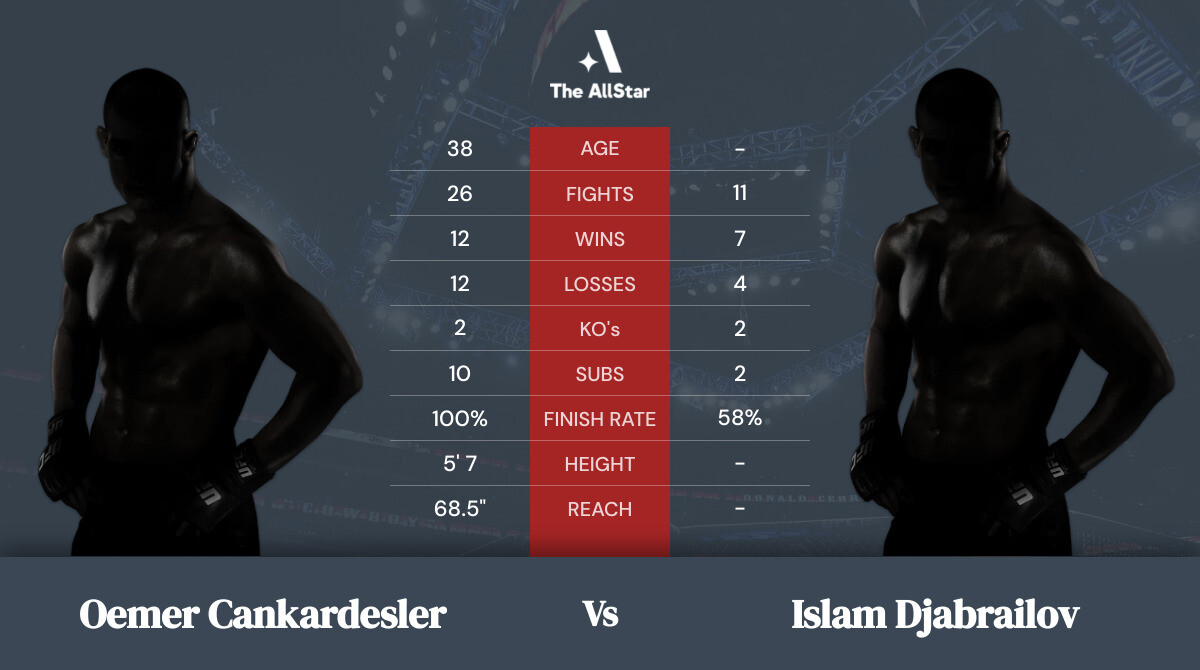 Cankardesler made his professional debut against Shamkhan Magomedov on March 16, 2013, fighting on the regional circuit.

Cankardesler is scheduled to fight Islam Djabrailov at We Love MMA 59 on Saturday September 17, 2022.

Cankardesler has knocked out 2 opponents.

Cankardesler has been knocked out 2 times.

Cankardesler has been submitted 5 times.