Winn out, Chris Curtis Steps In To Face Phil Hawes at UFC Vegas 39 On A Days Notice

A short-notice fight between Phil “Megatron” Hawes and Chris “The Action Man” Curtis has been added to UFC Vegas 39 after Deron Winn was forced to withdraw from his bout with Hawes. UFC Vegas 39 takes place on October 9, 2021

Hawes most recently appeared at UFC Fight Night: Rodriguez vs. Waterson, taking on and defeating Kyle Daukaus via Decision in a Middleweight bout. Hawes went into the fight as the +125 slight underdog. The win extended his winning streak to 7 in a row. Hawes’s professional MMA record currently sits at 11-2.

Curtis most recently appeared at XMMA 2, taking on and defeating Kenny Robertson via Decision in a Welterweight bout. The win extended his winning streak to 5 in a row. Curtis’s professional MMA record currently sits at 26-8. 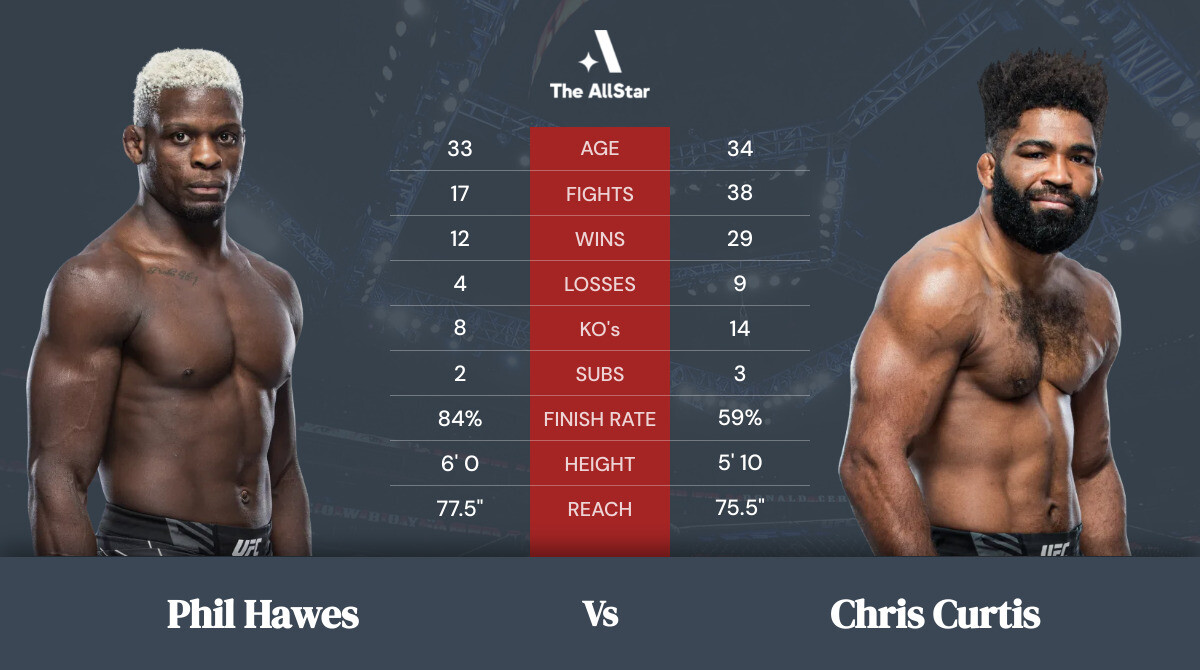