A new fight between Beneil “Benny” Dariush and Islam Makhachev has been announced in the Lightweight division. The fight is scheduled to take place at UFC Vegas 49 on February 26, 2022.

Makhachev has opened as a -400 favorite over Dariush, who opened as a +330 underdog. Since opening, Makhachev can be found sitting between -390 to -350 on various sportsbooks, while Dariush can be found between +285 to +310.

Dariush most recently appeared at UFC 262, taking on and defeating Tony Ferguson via Decision in a Lightweight bout. Dariush went into the fight as the -155 slight favorite. The win extended his winning streak to 7 in a row. Dariush’s professional MMA record currently sits at 21-4-1.

Makhachev most recently appeared at UFC 267, taking on and defeating Dan Hooker via Submission in a Lightweight bout. Makhachev went into the fight as the -500 heavy favorite. The win extended his winning streak to 9 in a row. Makhachev’s professional MMA record currently sits at 21-1. 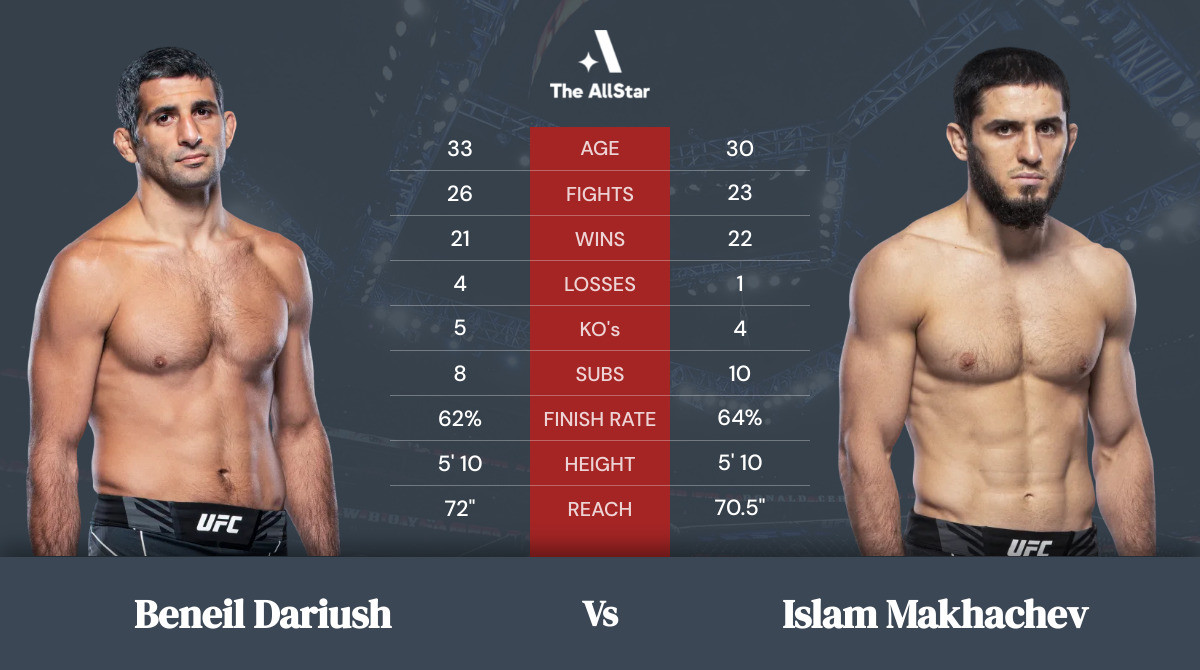