Brandon “The Assassin Baby” Moreno and Kai “Don’t Blink” Kara-France are poised for an interim flyweight title fight at UFC 277.

The July 30 bout will be the second between the two men. Moreno won a unanimous decision in their first meeting in December 2019.

In his most recent octagon appearance, Moreno was defeated by Deiveson Figueiredo via Decision at UFC 270 in a Flyweight bout. Moreno was the slight favorite in the fight, coming in at -190. Despite the loss, Moreno went home with extra cash, after the fight was awarded with fight of the night performance. Moreno’s professional MMA record currently sits at 19-6-2.

Kara-France most recently appeared at UFC Fight Night, taking on and defeating Askar Askarov via Decision in a Flyweight bout. Kara-France went into the fight as the +340 moderate underdog. The win extended his winning streak to 3 in a row. Kara-France’s professional MMA record currently sits at 24-9 (1 NC). 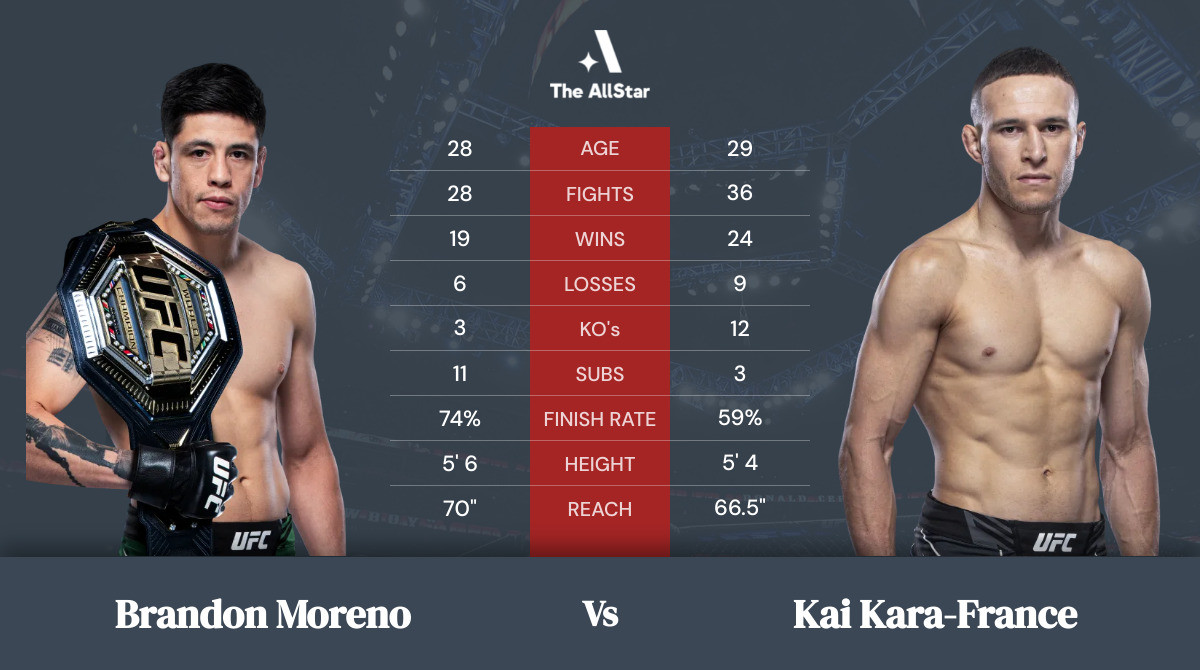 Darren is the editorial director of The AllStar and a retired championship-winning point guard who dropped dimes and broke ankles in recreational leagues across the Asia Pacific. Personal sporting highlight: Being courtside under the backboard (and a little to the left) when Vince Carter did THAT DUNK on Frederic Weis at the Sydney 2000 Olympics.