A new fight between Charles “Air” Jourdain and Andre “Mr. Highlight” Ewell has been announced in the Featherweight division. The fight is scheduled to take place at UFC Vegas 45 on December 18, 2021. The card is headlined by a heavyweight matchup between Derrick Lewis and Chris Daukaus.

In his most recent octagon appearance, Jourdain was defeated by Julian Erosa via Submission at UFC Vegas 36 in a Catchweight bout. Jourdain was the slight favorite in the fight, coming in at -190. His professional MMA record currently sits at 11-4-1.

In his most recent octagon appearance, Ewell was defeated by Julio Arce via KO/TKO at UFC Vegas 32 in a Bantamweight bout. Ewell was the slight underdog in the fight, coming in at +170. The loss extended his losing streak to 2 in a row. Ewell’s professional MMA record currently sits at 17-8. 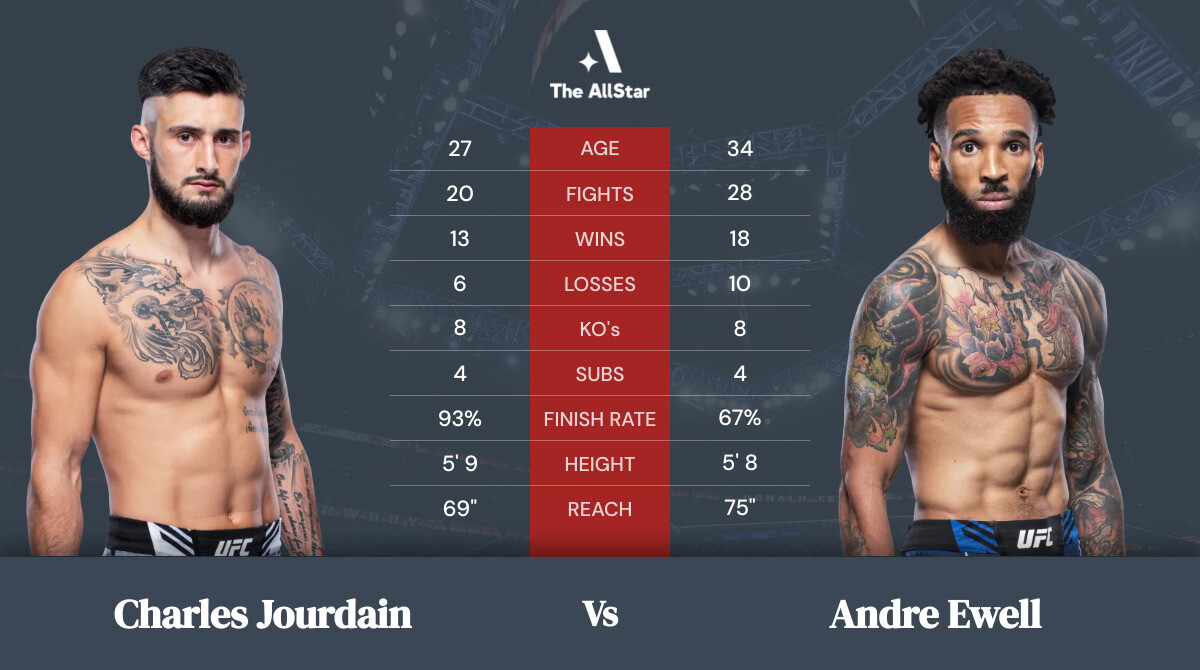