A new fight between Derrick “The Black Beast” Lewis and Chris Daukaus has been announced in the Heavyweight division. The fight is scheduled to take place at UFC Vegas 45 on December 18, 2021. 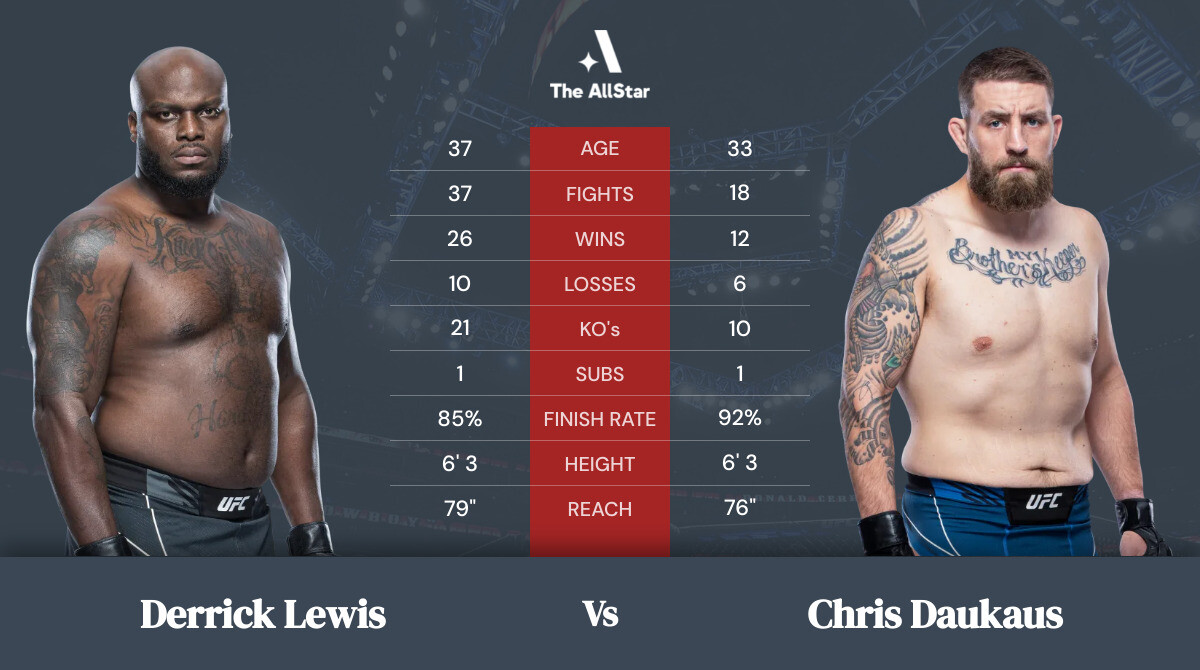 In his most recent octagon appearance, Lewis was defeated by Ciryl Gane via KO/TKO at UFC 265 in a Heavyweight bout. Lewis was the moderate underdog in the fight, coming in at +250. The loss snapped a 4 fight winning streak for Lewis, whose professional MMA record currently sits at 25-8 (1 NC).

Daukaus most recently appeared at UFC 266, taking on and defeating Shamil Abdurakhimov via KO/TKO in a Heavyweight bout. Daukaus went into the fight as the -225 moderate favorite and earned a performance of the night bonus cheque for his efforts. The win extended his winning streak to 5 in a row. Daukaus’s professional MMA record currently sits at 12-3.