A new fight between “Smilin” Sam Alvey and Ian “The Hurricane” Heinisch has been announced in the middleweight division. The fight is scheduled to take place at an upcoming UFC Fight Night on Saturday February 5, 2022.

In his most recent octagon appearance, Alvey was defeated by Wellington Turman via Decision at UFC Vegas 35 in a middleweight bout. Alvey was the near even in the fight, coming in at +110. The loss extended his losing streak to 2 in a row, with a draw sitting between that and his previous 4-fight losing streak. Alvey has lost 6 out of 7 of his past bouts. His professional MMA record currently sits at 33-16-1 (1 NC).

In his most recent octagon appearance, Heinisch was defeated by Nassourdine Imavov via KO/TKO at UFC Vegas 32 in a middleweight bout. Heinisch was the slight favorite in the fight, coming in at -155. The loss extended his losing streak to 2 in a row. Heinisch’s professional MMA record currently sits at 14-5. 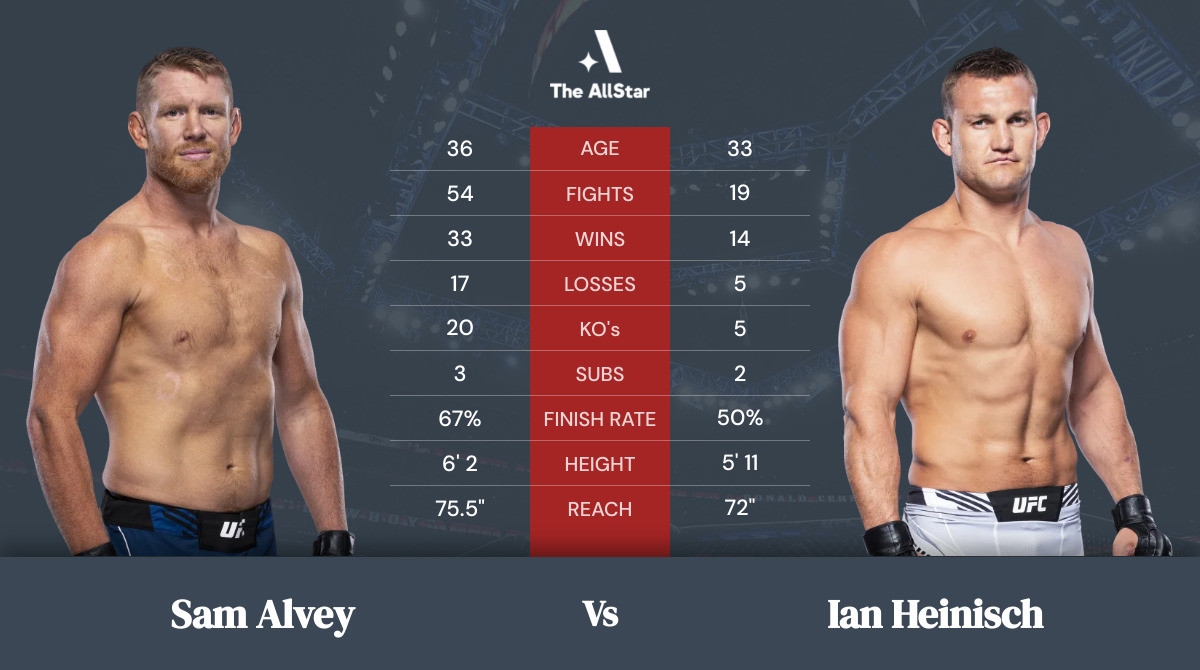