The betting odds for a potential matchup between “Khamzat “Borz” Chimaev and Belal “Remember the Name” Muhammad have been released.

The potential matchup has been floated in the past, but the fight was given some new life last night after Chimaev announced his interest in the bout on Twitter.

The AllStar spoke with Cloudbet betting expert, Steve Hennessy who provided us with hypothetical betting lines for this future fight. He priced Chimaev at a -165 favorite and put Muhammad at a +145 underdog.

It will be interesting to see the official betting line if and when this fight ever gets made. One thing’s for sure, no matter who Chimaev fights next, The MMA world will be waiting to see if he can live up to the hype and become the next challenger for Kamaru Usman‘s welterweight crown.

Chimaev most recently appeared at UFC 267, taking on and defeating Jingliang Li via Submission in a Welterweight bout. Chimaev went into the fight as the -500 heavy favorite. Chimaev earned a performance of the night bonus cheque for his efforts. The win extended his winning streak to 10 in a row. Chimaev’s professional MMA record currently sits at 10-0.

Muhammad most recently appeared at UFC Vegas 45, taking on and defeating Stephen Thompson via Decision in a Welterweight bout. Muhammad went into the fight as the +175 slight underdog. The win extended his winning streak to 2 in a row. Muhammad’s professional MMA record currently sits at 20-3 (1 NC). 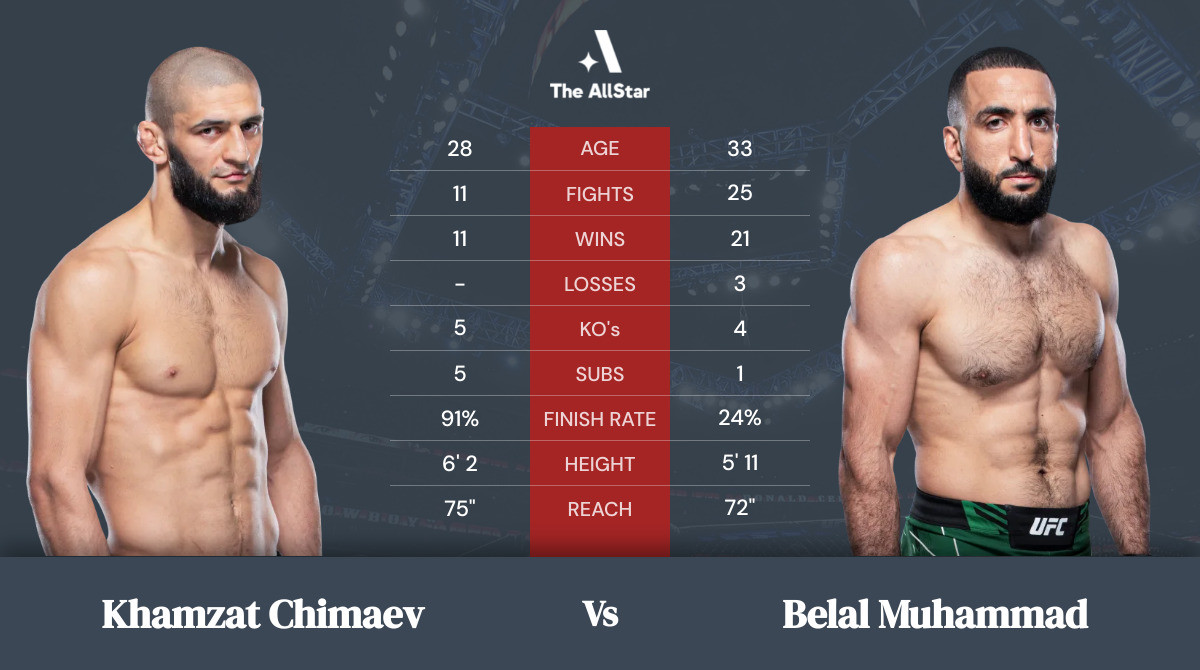