Aleksei Oleinik vs Ilir Latifi is set to go down at UFC Fight Night: Blaydes vs. Daukaus at 7:30pm EST on Saturday 26th March 2022 in a 265lbs matchup.

Aleksei Oleinik has lost three fights on the bounce, with his last defeat coming against Sergey Spivak in June.

Ilir Latifi snapped a three-fight losing streak with a split decision victory over Tanner Boser in his last UFC appearance.

Ilir Latifi opened as a -140 very slight betting favorite. Placing a bet on Latifi means you would need to bet $140 in order to win $100.

This Heavyweight bout is expected to take place on the main card of UFC Fight Night: Blaydes vs Daukaus.

Aleksei Oleinik dropped a unanimous decision to Sergey Spivak in June. Before this, the Russian suffered consecutive stoppage defeats to Chris Daukaus and Derrick Lewis.

🇷🇺 @OleynikUFC with the submission in his 72nd(!) career fight! #UFC246

Oleinik has been searching for his 60th professional win for almost two years now. His last victory came by way of split-decision against former champion Fabricio Werdum.

Ilir Latifi returned to the win column with a controversial decision win over Tanner Boser. The Swede suffered two fractures in his arm during the fight.

The Swede drops OSP TWICE then puts him to SLEEP with the frontside guillotine! WOW!! #UFCOrlando pic.twitter.com/b3oGHkceFi

Aleksei Oleinik is the taller fighter at 6”2, while Latifi is 5”10. Oleinik will also have a significant 5-inch reach advantage in this fight.

The Russian is also older at 44 years old compared to Latifi who is 38.

This Heavyweight fight matches up two veterans in the division.

Aleksei Oleinik is one of the most dangerous submission threats in the UFC, while Latifi’s freakish power can end the fight at any moment.

Aleksei Oleinik is still seeking the elusive 60th pro win, so this fight has special meaning for the Russian. Ilir Latifi is looking to string two wins together for the first time in four years.

The oddsmakers’ predictions see Ilir Latifi as the slight favorite with betting odds of -145.

Get your Aleksei Oleinik vs Ilir Latifi picks in.

Aleksei Oleinik vs Ilir Latifi tale of the tape 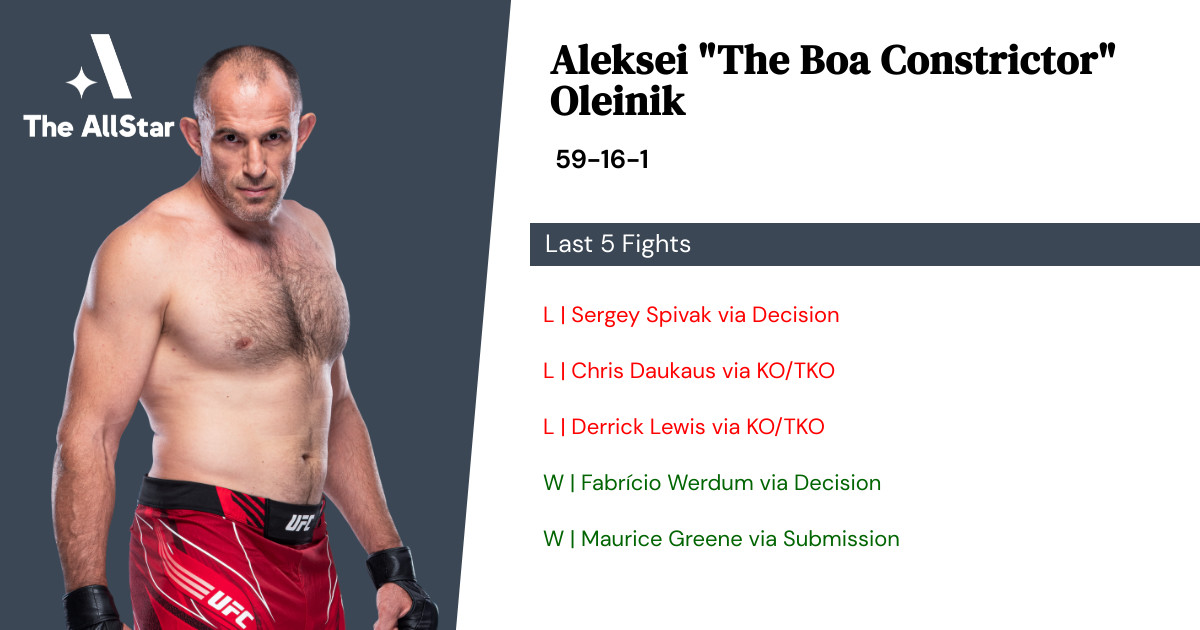 Aleksei Oleinik has a 92% finish rate, including 8 by knockout, 46 by submission, 5 by decision.

Aleksei Oleinik is currently on a 3 fight losing skid. 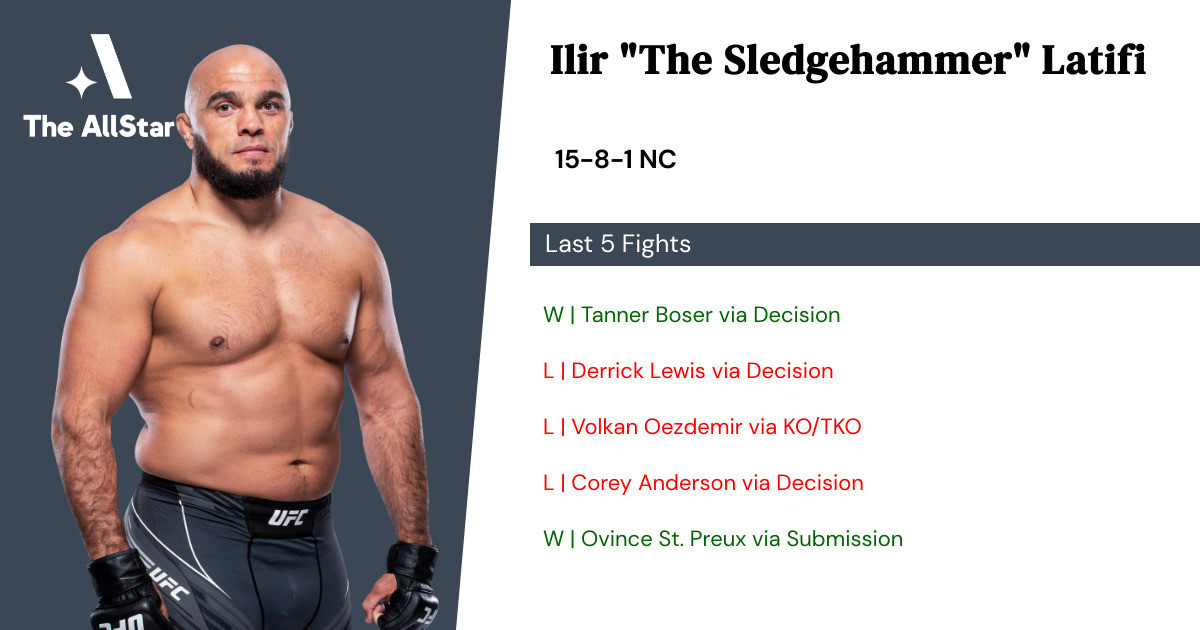 Ilir Latifi has a 67% finish rate, including 5 by knockout, 5 by submission, 5 by decision.

Ilir Latifi is looking to put together a winning streak, having last beaten Tanner Boser at UFC Fight Night: Rozenstruik vs. Sakai.

Aleksei Oleinik vs Ilir Latifi is set to go down at UFC Fight Night – Blaydes vs. Daukaus. The fight is expected to start at around 7:30pm EST on Saturday 26th March 2022.

ESPN+ is the best option to live stream Aleksei Oleinik vs Ilir Latifi if you live in the United States. Outside of the USA, the best option is to register for UFC Fight Pass.

Where can I get the best odds for the Aleksei Oleinik vs Ilir Latifi UFC fight?

Use the AllStar’s directory to find the best sportsbooks and recommendations on where to place UFC bets online. If you just want to play for fun, head over to to our Fantasy UFC picks app to make your fight predictions for Aleksei Oleinik vs Ilir Latifi totally FREE.