Renato Moicano has gone 2-1 since making the step up to Lightweight, winning both of his victories via submission. During his last fight against Jai Herbert, Moicano looked dominant and ended the fight by rear-naked choke in Round 2.

Renato Moicano has opened as the bookies’ betting favorite. Alexander Hernandez will be the betting underdog. Check with The AllStar for the latest betting odds.

Alexander Hernandez scored a blitzing Round 1 knockout victory over Mike Breeden at UFC Vegas 38 to open up the main card.

BACK IN A MAJOR WAY 💯@TheGreat155 was relentless in pursuit of the finish at #UFCVegas38 pic.twitter.com/zbasn4UoME

Since his shock knockout win against Beneil Dariush in his UFC debut, Hernandez has alternated wins and losses to accumulate a 5-3 record in the promotion.

Renato Moicano has looked dangerous since his move to Lightweight, securing two submission victories either side of a knockout defeat to Rafael Fiziev.

Moicano started his UFC career with 5 wins from 6 before two knockout defeats in a row to Jose Also and Chan Sung Jung led him to step up a weight class.

Renato Moicano is the taller fighter at 5”11, while Alexander Hernandez stands 5”8 tall. However, both fighters have an identical reach of 72 inches.

Moicano offers the greater submission threat, attempting an average of 0.7 submissions per 15 minutes to Hernandez’s 0.00.

Alexander Hernandez has shown he can knock anyone out with 3 first-round KO’s in the UFC. Moicano is a dangerous submission artist with 4 submissions over his UFC career. This will be an intriguing matchup whether it stays standing or goes to the ground.

Both of these fighters are on the cusp of breaking into the Lightweight rankings. A win for either man would likely push them into the Top 15 and bring a big-name opponent next.

The bookies’ predictions favor Moicano who is the betting odds favorite. However, Hernandez has upset the predictions before as he showed in his UFC debut.

The UFC picks this as their ‘Must See Matchup’ on the UFC 271 Main Card:

Get your Alexander Hernandez vs Renato Moicano picks in.

Where to bet on Alexander Hernandez vs Renato Moicano

Alexander Hernandez vs Renato Moicano tale of the tape 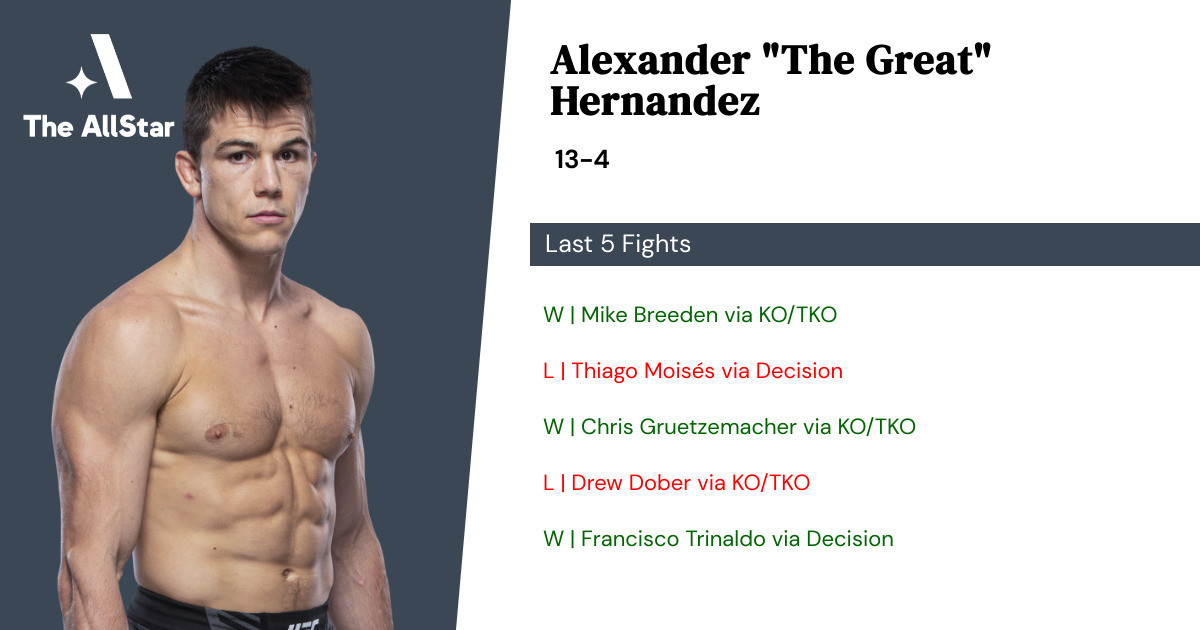 Alexander Hernandez has a 62% finish rate, including 6 by knockout, 2 by submission, 5 by decision.

Alexander Hernandez is looking to put together a winning streak, having last beaten Mike Breeden at UFC Fight Night: Santos vs. Walker. 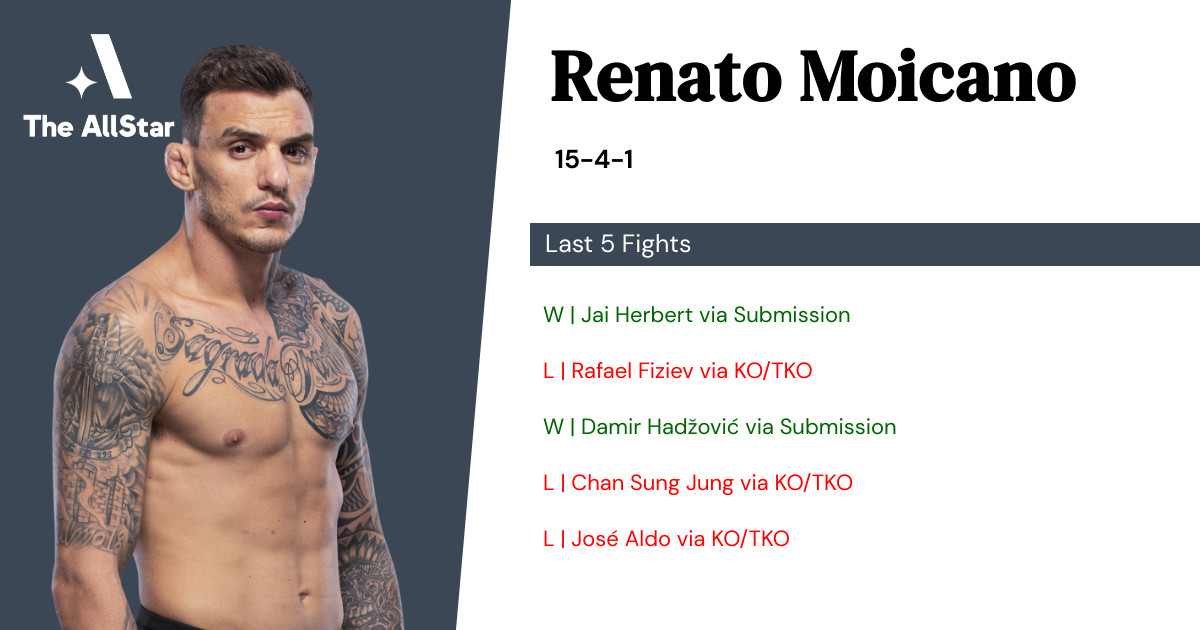 Renato Moicano has a 54% finish rate, including 8 by submission, 7 by decision.

Renato Moicano is looking to put together a winning streak, having last beaten Chase Hooper at Fury Pro Grappling 3.

Alexander Hernandez vs Renato Moicano is set to go down at UFC 271 – Adesanya vs. Whittaker 2. The fight is expected to start at around 8:30pm EST on Saturday 12th February 2022.

ESPN+ is the best option to live stream Alexander Hernandez vs Renato Moicano if you live in the United States. Outside of the USA, the best option is to register for UFC Fight Pass.

Where can I get the best odds for the Alexander Hernandez vs Renato Moicano UFC fight?