Andre Fialho earned his first UFC victory with a stunning display in April, knocking out Miguel Baeza inside one round.

Cameron VanCamp will be making his UFC debut on the back of a four-fight win streak.

Check back with The AllStar for the latest betting odds on this fight.

Andre Fialho vs Cameron VanCamp was first reported on April 30th just a week before the fight.

This matchup was a late addition to the UFC 274 card and is expected as the featured prelim.

Andre Fialho won himself a Performance of the Night bonus after knocking out Miguel Baeza in April.

Uppercuts to a big right to some mean ground and pound. Andre Fialho with the big KO win over Miguel Baeza #UFCVegas51 pic.twitter.com/5Q7Lktz2Qu

Fialho will be making a quick turnaround having fought just three weeks before UFC 274. He lost his UFC debut to Michel Pereira in a bruising three-round war.

Cameron VanCamp will finally make his UFC bow after a fight with Nikolas Motta fell through last September.

VanCamp has won five of his last six fights, with four of his victories coming by way of submission.

Cameron VanCamp will be the taller man in this fight, standing at 6”2 compared to Fialho who is 6”0.

Both fighters have an identical 87% finishing rate. Andre Fialho has 12 KOs and 1 submission, while VanCamp has 9 submissions and 4 KOs.

This fight has been promoted to the featured prelim at UFC 274 for good reason. Andre Fialho is primarily known for boxing and secured a vicious knockout last month.

In contrast, Cameron VanCamp is a dangerous submission artist with a variety of submission finishes on his record. How this fight plays out is anyone’s guess.

The stakes are always significant when you are making your UFC debut, especially on short notice.

Andre Fialho is looking to put together a winning streak in the UFC, while newcomer VanCamp hopes to earn a victory on his promotional bow.

Get your Andre Fialho vs Cameron VanCamp picks in.

Andre Fialho vs Cameron VanCamp tale of the tape 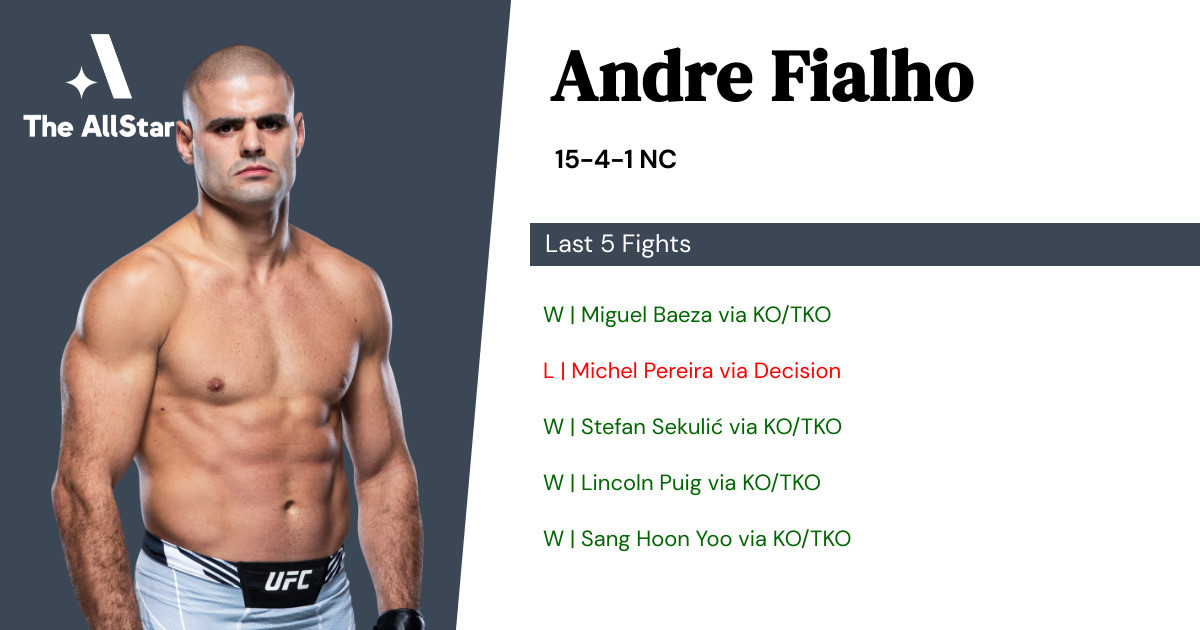 Andre Fialho has a 87% finish rate, including 12 by knockout, 1 by submission, 2 by decision.

Andre Fialho is looking to put together a winning streak, having last beaten Miguel Baeza at UFC Fight Night: Luque vs. Muhammad 2. 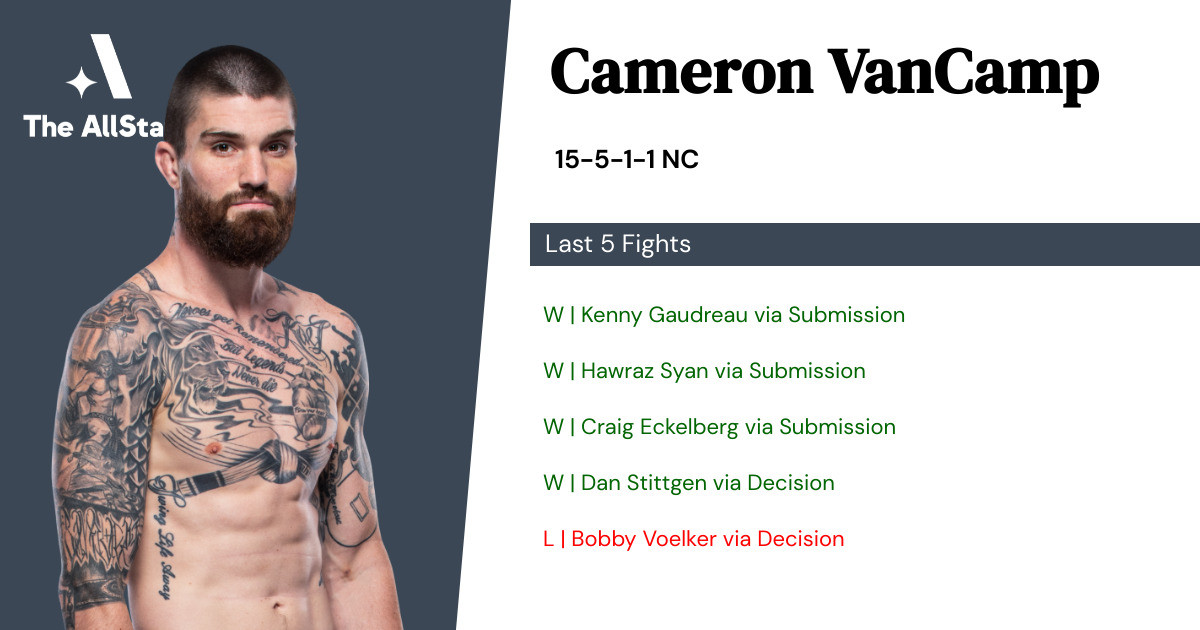 Cameron VanCamp has a 87% finish rate, including 4 by knockout, 9 by submission, 2 by decision.

Andre Fialho vs Cameron VanCamp is set to go down at UFC 274 – Oliveira vs. Gaethje. The fight is expected to start at around 5:00pm EST on Saturday 7th May 2022.

ESPN+ is the best option to live stream Andre Fialho vs Cameron VanCamp if you live in the United States. Outside of the USA, the best option is to register for UFC Fight Pass.

Where can I get the best odds for the Andre Fialho vs Cameron VanCamp UFC fight?

Use the AllStar’s directory to find the best sportsbooks and recommendations on where to place UFC bets online. If you just want to play for fun, head over to to our Fantasy UFC picks app to make your fight predictions for Andre Fialho vs Cameron VanCamp totally FREE.