Andre Fialho gave a good account of himself on his UFC debut, stepping in on short notice to test Michel Pereira over three rounds.

Miguel Baeza is on a two-fight losing streak after a third-round KO loss to Khaos Williams in November.

Miguel Baeza will be the betting favorite with opening odds of -170.

Andre Fialho opens as the underdog with betting odds of +150.

This Welterweight scrap is expected on the main card at UFC on ESPN+ 64: Luque vs Muhammad 2.

Andre Fialho made his UFC debut on short notice, impressing fans with his resilience and striking skills. The Portuguese fighter took his opponent Michel Pereira all the way to a decision.

Fialho has previously fought in Bellator and PFL. He also earned a highlight-reel knockout over former UFC fighter James Vick in January 2021.

Baeza dropped a unanimous decision to Santiago Ponzinibbio in June before a vicious knockout defeat to Khaos Williams.

Miguel Baeza is the taller fighter at 6”2 compared to Fialho who is 6”0, although both fighters will have an identical 74-inch reach.

Despite being the younger man at 27 years old, Andre Fialho brings more professional MMA experience into this fight with 18 fights to Baeza’s 12.

Fialho and Baeza have impressive finishing rates of 86% and 80% respectively that are dominated by knockouts. Both have just one submission each on their record.

This is a fantastic matchup in the Welterweight division between two exciting knockout artists. Both of these men possess powerful and educated hands capable of putting anyone’s lights out in an instant.

Caramel Thunder gets it done in front of the hometown crowd #UFCTampa pic.twitter.com/c5trmuS1k3

Should the fight go the distance, Fialho and Baeza have proven their heart in the UFC, so expect a possible Fight of the Night.

The stakes are big in this 170lbs scrap, which matches up two rising stars in the division.

Despite his two recent defeats, Miguel Baeza is still highly regarded and has the potential to break into the Top 15 with a few wins.

Andre Fialho is hoping to record his first UFC victory over a tough opponent. The former AKA student has moved over to Sanford MMA and is considered one of the gym’s brightest prospects.

The oddsmakers’ predictions see Miguel Baeza as the favorite with opening betting odds of -170.

Get your Andre Fialho vs Miguel Baeza picks in.

Andre Fialho vs Miguel Baeza tale of the tape 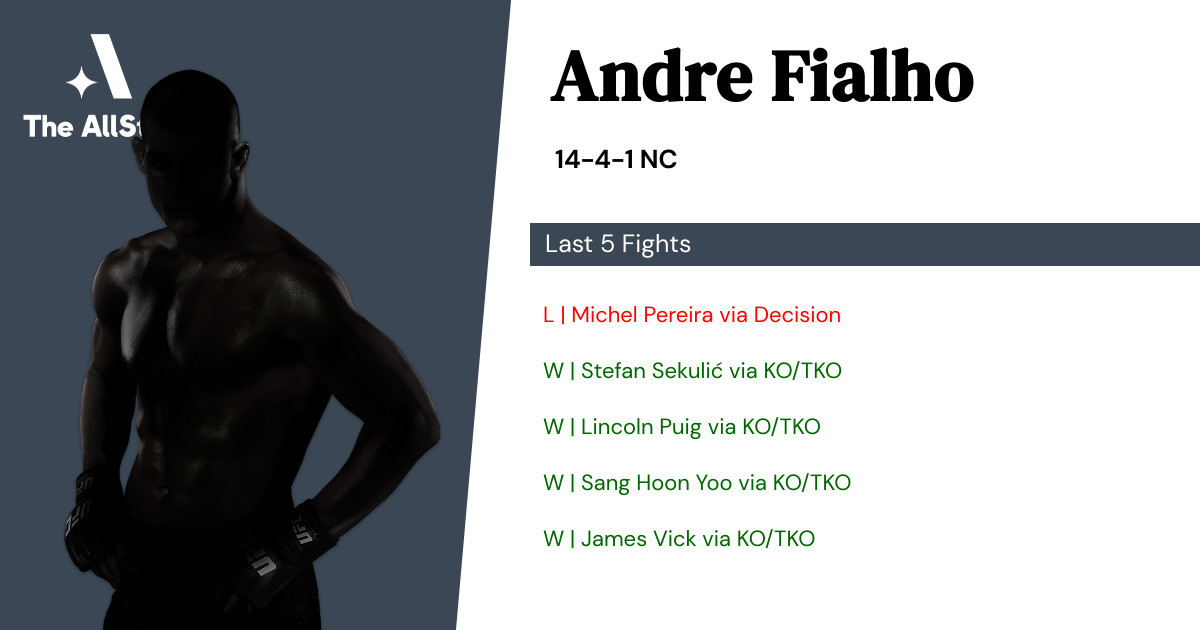 Andre Fialho has a 86% finish rate, including 11 by knockout, 1 by submission, 2 by decision.

Andre Fialho is looking to get back to winning ways after a loss at the hands of Michel Pereira at UFC 270: N’Gannou vs. Gane. 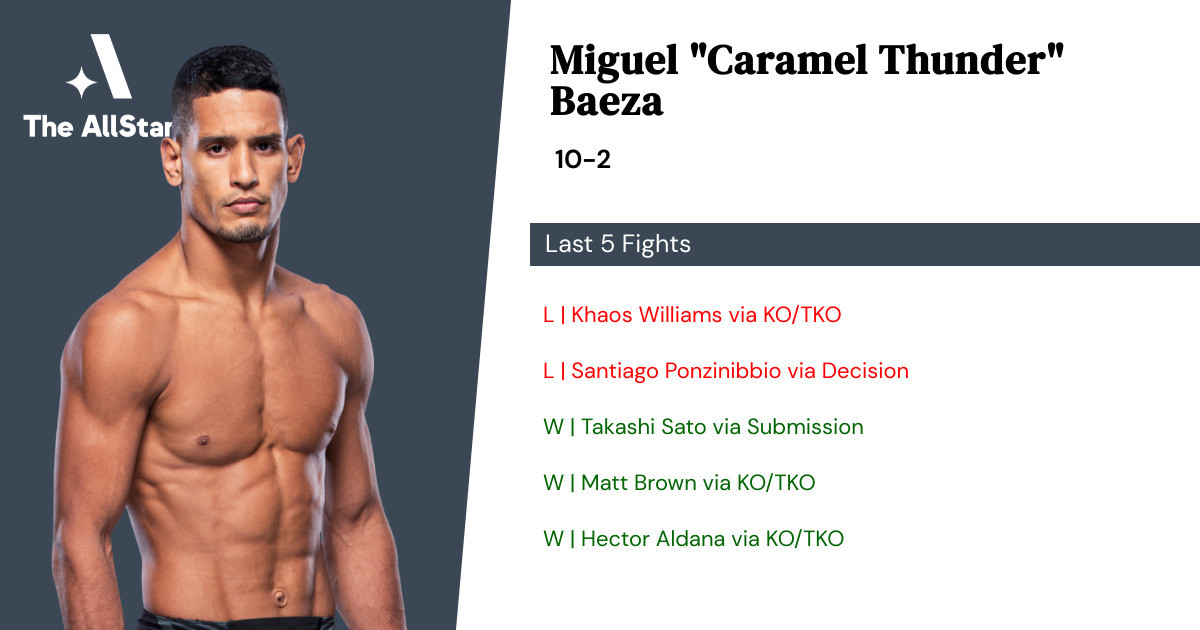 Miguel Baeza has a 80% finish rate, including 7 by knockout, 1 by submission, 2 by decision.

Miguel Baeza is currently on a 2 fight losing skid.

Andre Fialho vs Miguel Baeza is set to go down at UFC Fight Night – Luque vs. Muhammad 2. The fight is expected to start at around 5:30pm EST on Saturday 16th April 2022.

ESPN+ is the best option to live stream Andre Fialho vs Miguel Baeza if you live in the United States. Outside of the USA, the best option is to register for UFC Fight Pass.

Where can I get the best odds for the Andre Fialho vs Miguel Baeza UFC fight?

Use the AllStar’s directory to find the best sportsbooks and recommendations on where to place UFC bets online. If you just want to play for fun, head over to to our Fantasy UFC picks app to make your fight predictions for Andre Fialho vs Miguel Baeza totally FREE.