Andre Fili saw his last UFC appearance end as a No Contest after an accidental eye poke on his opponent.

Joanderson Brito is searching for his first win in the UFC after a defeat on his debut in January.

Andre Fili will be the betting favorite with opening odds of -295.

Joanderson Brito is the betting underdog with opening odds of +250.

This fight is expected to kick off the main card at UFC Fight Night: Font vs. Vera.

Andre “Touchy” Fili has won just one of his last four UFC fights. Fili impressed in his last fight against Daniel Pineda but saw it ruled a No Contest after eye-poking his opponent.

Andre Fili flowing in the first!

He made his debut in the UFC back in 2013 and has accumulated a 9-7-1 record, earning notable wins over Gabriel Benitez and Charles Jourdain.

Joanderson Brito came up short on his UFC debut in January, dropping a unanimous decision to Bill Algeo.

The Brazilian was on a 10-fight winning streak going into that matchup. He earned his shot in the UFC after a decision win on Dana White’s Contender Series in August 2021.

Andre Fili is the taller man at 5”11 compared to his opponent who is 5”8. He will also have a 2-inch reach advantage in this fight.

Andre Fili is much more experienced with 29 pro fights to Brito’s 16. Fili has 17 UFC fights on his record, more than Brito has in his entire pro career.

This fight has been picked to kick off the main card for a reason. Both of these fighters are dangerous strikers who can end the fight at any moment.

Andre Fili looked slick in his last UFC fight but unfortunately didn’t pick up the victory due to an accidental eye poke. He needs a win here to get his UFC career back on track.

Joanderson Brito is searching for his first UFC win after a disappointing debut. The Brazilian entered the UFC with a lot of hype after a dominant display on the Contender Series.

The oddsmakers’ predictions have Andre Fili as the heavy favorite with opening betting odds of -295.

Get your Andre Fili vs Joanderson Brito picks in.

Andre Fili vs Joanderson Brito tale of the tape 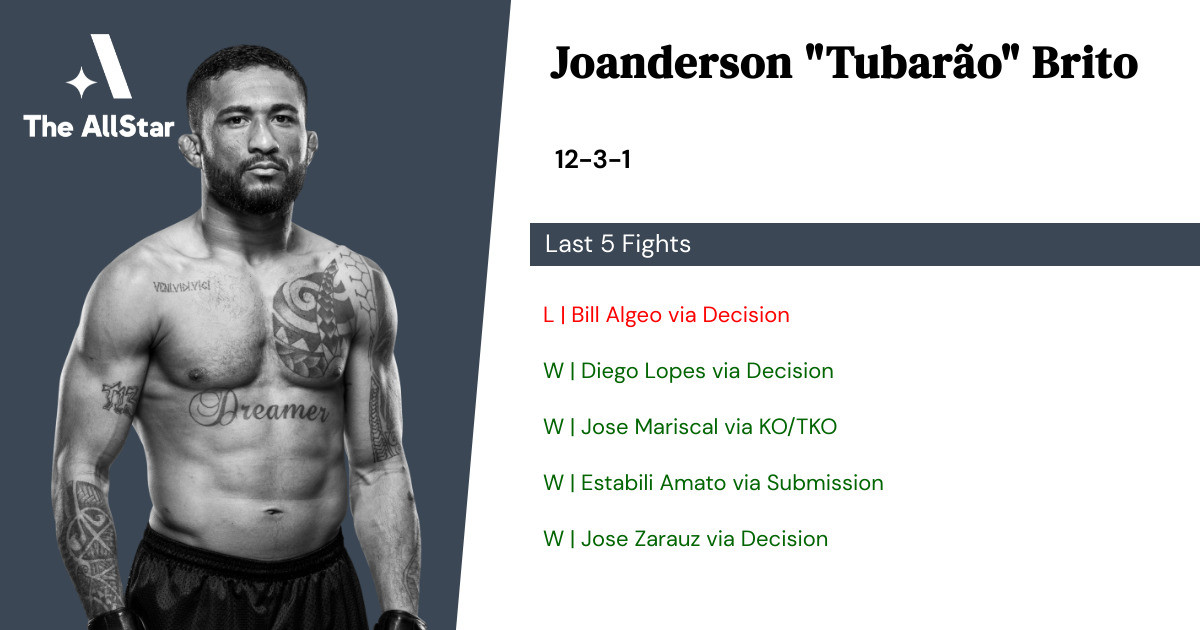 Joanderson Brito has a 84% finish rate, including 4 by knockout, 6 by submission, 2 by decision.

Joanderson Brito is looking to get back to winning ways after a loss at the hands of Bill Algeo at UFC Fight Night: Kattar vs. Chikadze. 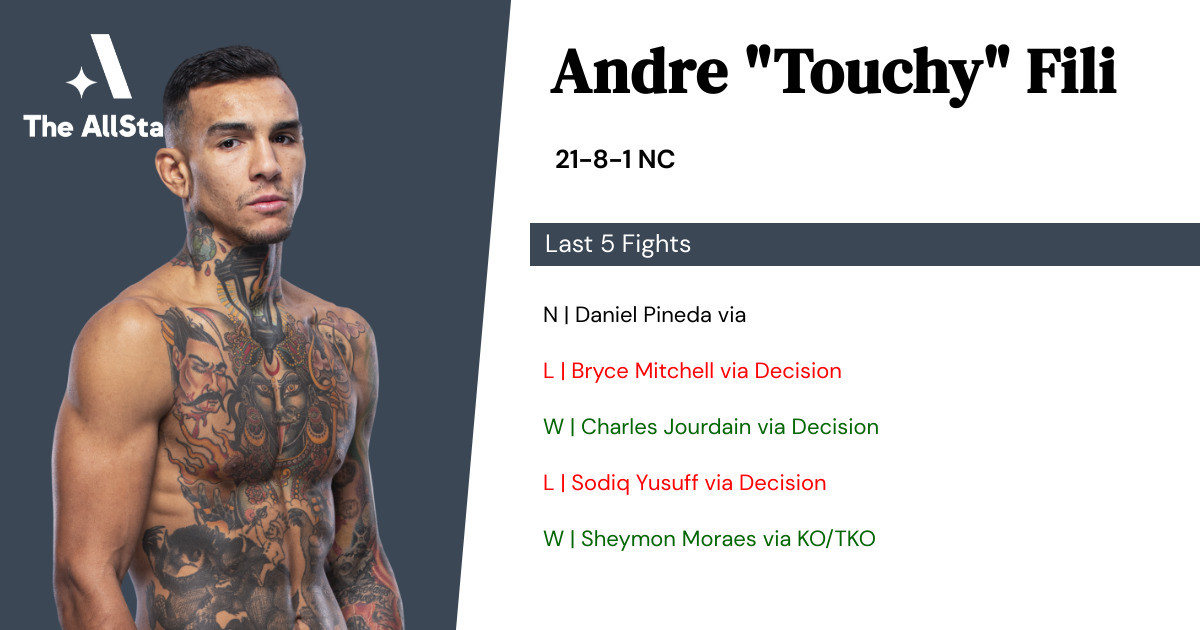 Andre Fili has a 58% finish rate, including 9 by knockout, 3 by submission, 9 by decision.

Andre Fili vs Joanderson Brito is set to go down at UFC Fight Night – Font vs. Vera. The fight is expected to start at around 3:30pm EST on Saturday 30th April 2022.

ESPN+ is the best option to live stream Andre Fili vs Joanderson Brito if you live in the United States. Outside of the USA, the best option is to register for UFC Fight Pass.

Where can I get the best odds for the Andre Fili vs Joanderson Brito UFC fight?

Use the AllStar’s directory to find the best sportsbooks and recommendations on where to place UFC bets online. If you just want to play for fun, head over to to our Fantasy UFC picks app to make your fight predictions for Andre Fili vs Joanderson Brito totally FREE.