Josh Fremd will be making his UFC after stepping into this fight on less than two weeks’ notice.

Anthony Hernandez opens as the favorite with betting odds of -185.

Josh Fremd is the betting underdog with opening odds of +165.

Hernandez was booked to fight Dricus du Plessis before his opponent was rescheduled to fight Kelvin Gastelum.

This Middleweight Division scrap will take place on the prelims at UFC 273: Volkanovski vs Korean Zombie.

In his last UFC appearance, Anthony Hernandez defeated Rodolfo Vieira as the betting underdog (+375), sinking in a guillotine in Round 2.

Hernandez lost his UFC debut to Markus Perez before bouncing back with a submission victory over Jun Yong Park. He was finished by Kevin Holland in just 39 seconds before his big win over Vieira.

Josh Fremd is on a two-fight winning streak since losing an LFA Championship bout against current UFC fighter Gregory Rodrigues.

Fremd last fought in February when he secured a submission victory over Joel Bauman. The fight featured on ‘Dana White’s Lookin’ For a Fight’ series and secured the American his UFC contract.

Josh Fremd is the taller fighter at 6”4 compared to Hernandez who is 6”0. Despite the height difference, Fremd will only have a small 1-inch reach advantage.

Both of these fighters are 28 and have a similar number of professional MMA fights. However, Hernandez has four UFC fights under his belt already.

This fight promises a lot between two exciting talents in the 185lbs division. Both men have exceptional finishing rates and can end the fight standing or by submission.

Josh Fremd impressed Dana White enough to earn himself a contract back in February. He brings power, submissions and a durable gas tank to the Octagon.

Both of these fighters are young and could have a bright future in the Middleweight Division. Josh Fremd has everything at stake, stepping in for his UFC debut on less than two weeks’ notice.

Anthony Hernandez will want to prove that his win over world-class jiu-jitsu practitioner Rodolfo Vieira was no fluke.

The oddsmakers’ predictions see Anthony Hernandez as the favorite with opening odds of -185.

Get your Josh Fremd vs Anthony Hernandez picks in.

Anthony Hernandez vs Josh Fremd tale of the tape 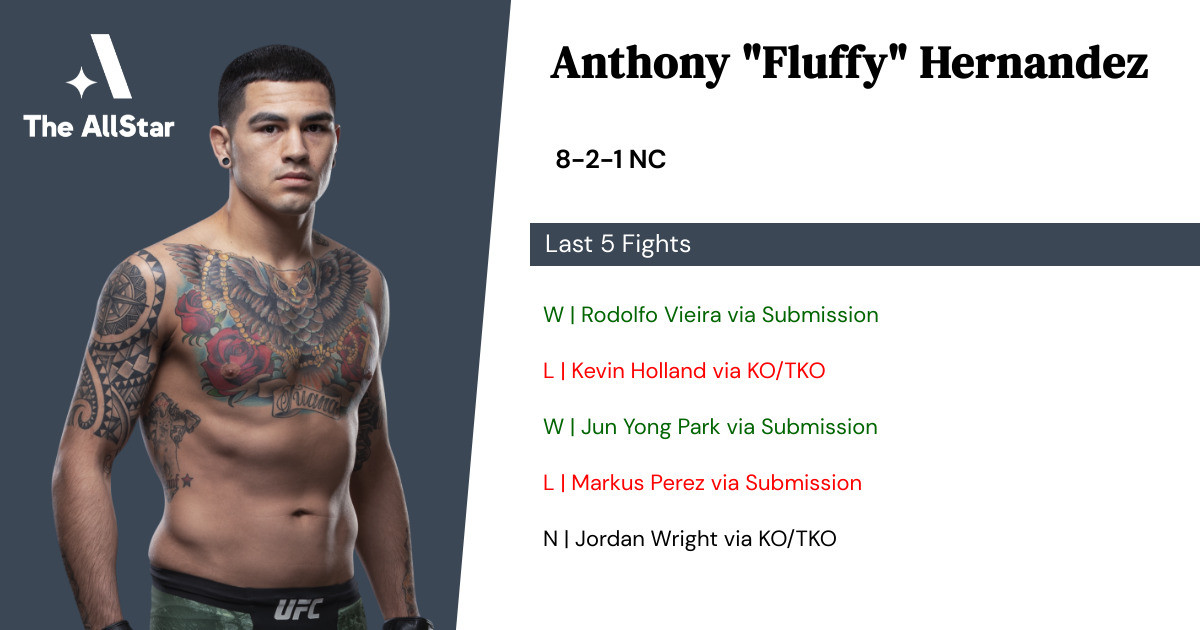 Anthony Hernandez has a 88% finish rate, including 1 by knockout, 6 by submission, 1 by decision.

Anthony Hernandez is looking to put together a winning streak, having last beaten Rodolfo Vieira at UFC 258: Usman vs. Burns.

Anthony Hernandez vs Josh Fremd is set to go down at UFC 273 – Volkanovski vs. Korean Zombie. The fight is expected to start at around 5:00pm EST on Saturday 9th April 2022.

ESPN+ is the best option to live stream Anthony Hernandez vs Josh Fremd if you live in the United States. Outside of the USA, the best option is to register for UFC Fight Pass.

Where can I get the best odds for the Anthony Hernandez vs Josh Fremd UFC fight?

Use the AllStar’s directory to find the best sportsbooks and recommendations on where to place UFC bets online. If you just want to play for fun, head over to to our Fantasy UFC picks app to make your fight predictions for Anthony Hernandez vs Josh Fremd totally FREE.