Dricus Du Plessis continued his excellent start in the UFC with a knockout win over Trevin Giles at UFC 264.

Dricus Du Plessis will be the small betting favorite with opening odds of -125.

Brad Tavares is the betting underdog with opening odds of +115.

This fight is expected on the early prelims at UFC 276: Adesanya vs. Cannonier.

Brad Tavares earned a close split-decision win over Omari Akhmedov in his last UFC appearance, despite every major media outlet pick siding with the American.

🌺 @BradTavares with a massive shot to close RD 2.

Tavares has recovered well from defeats to Israel Adesanya and Edmen Shahbazyan with two wins. He has won 6 of his last 8 UFC appearances.

Dricus Du Plessis will be slightly taller at 6”1 compared to Tavares who is 6”0. The South African will also have a slight 2-inch reach advantage.

The stats show that Du Plessis has landed an average of 2.99 TDs per 15 minutes in the UFC compared to 0.91 for Tavares.

The South African has an impressive 100% finish rate over his career, while Tavares has finished 32% of his wins.

This is a high-level matchup that takes place on the early prelims at UFC 276. Dricus Du Plessis has 16 finishes from 16 wins, so it’s always worth tuning in to watch him.

A place in the Top 15 rankings is at stake in this 185lbs fight. Brad Tavares currently sits at #12 in the division, while Du Plessis will almost certainly break into the rankings with a victory.

The oddsmakers’ predictions have Dricus Du Plessis as the slight betting favorite with opening odds of -125.

Get your Brad Tavares vs Dricus Du Plessis picks in.

Brad Tavares vs Dricus Du Plessis tale of the tape 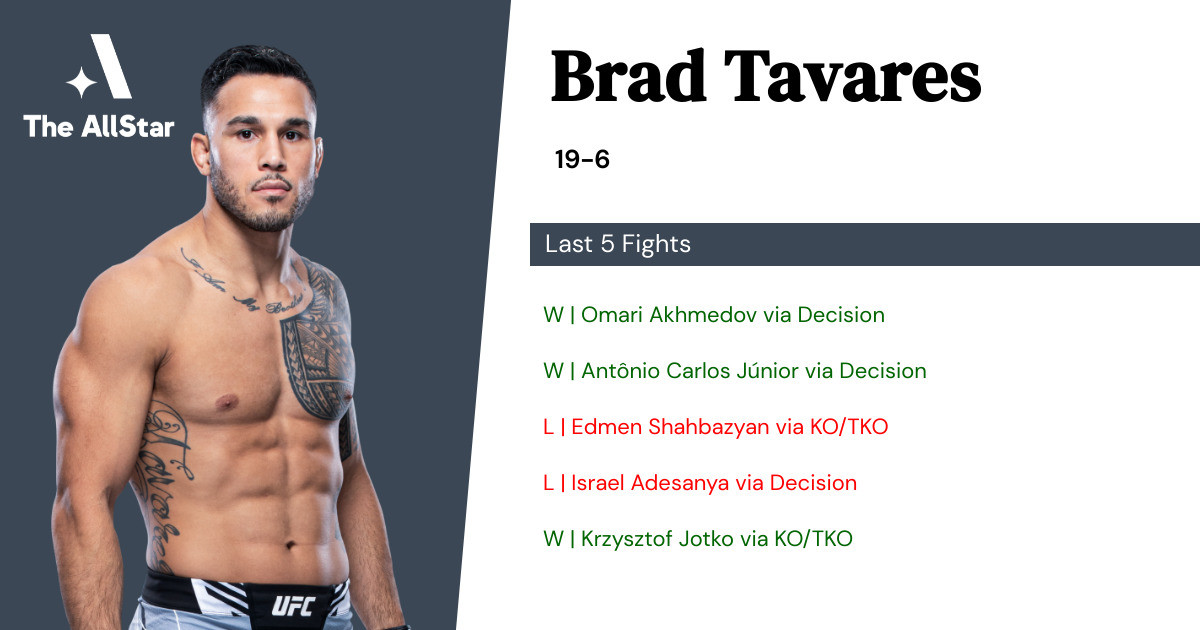 Brad Tavares has a 32% finish rate, including 6 by knockout, 2 by submission, 13 by decision. 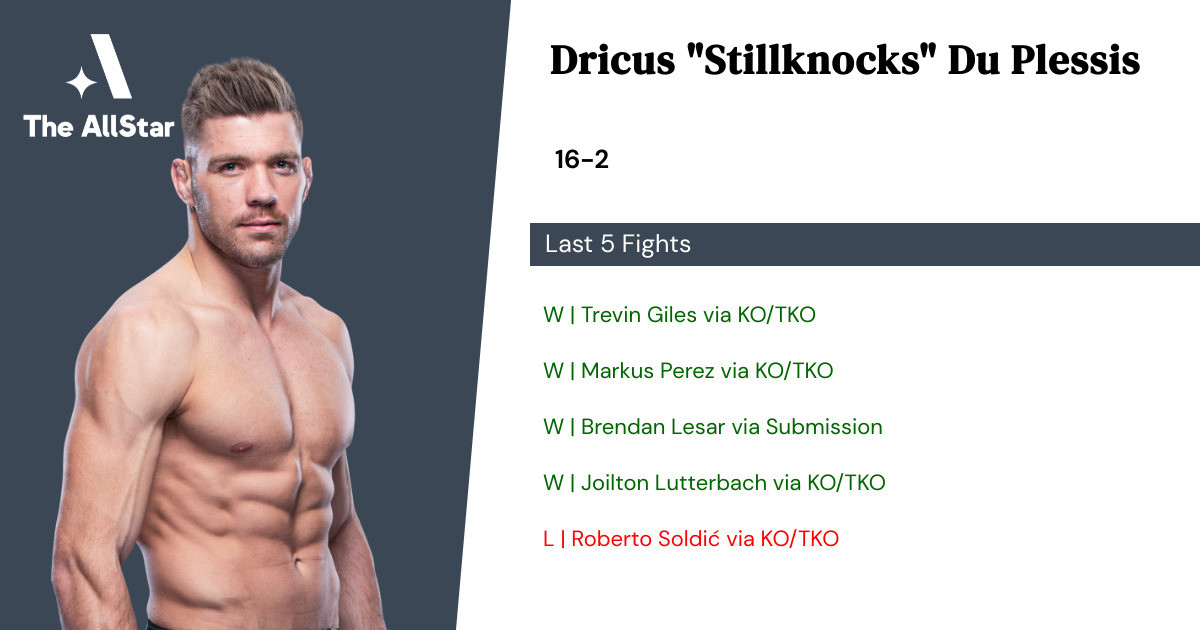 Dricus Du Plessis has a 100% finish rate, including 7 by knockout, 9 by submission.

Brad Tavares vs Dricus Du Plessis is set to go down at UFC 276 – Adesanya vs. Cannonier. The fight is expected to start at around 8:30pm EST on Saturday 2nd July 2022.

ESPN+ is the best option to live stream Brad Tavares vs Dricus Du Plessis if you live in the United States. Outside of the USA, the best option is to register for UFC Fight Pass.

Where can I get the best odds for the Brad Tavares vs Dricus Du Plessis UFC fight?

Use the AllStar’s directory to find the best sportsbooks and recommendations on where to place UFC bets online. If you just want to play for fun, head over to to our Fantasy UFC picks app to make your fight predictions for Brad Tavares vs Dricus Du Plessis totally FREE.