Brendan Allen stepped up on short notice to take on Sam Alvey in February, winning via rear-naked choke in Round 2.

This Middleweight matchup will take place on the prelims at UFC 275: Teixeira vs. Procházka.

Brendan Allen bounced back from his TKO loss to Chris Curtis with a dominant display against Sam Alvey.

Allen has won three of his last four fights, including a submission win over Karl Roberson at UFC 261.

Jacob Malkoun has strung together two victories over the past year, securing unanimous decisions over Abdul Razak Alhassan and AJ Dobson.

Locks in his first UFC win 🔒

🇦🇺 Jacob Malkoun gets the UD at #UFCVegas24. pic.twitter.com/Dx7CAV1Xvb

The Aussie’s UFC debut didn’t go his way after he was knocked out in just 18 seconds against Phil Hawes at UFC 254.

Brendan Allen is much taller than his opponent at 6”2, while Jacob Malkoun is just 5”9. However, Allen’s reach advantage will be a modest 2-inches.

Both of these fighters are early in their careers at 26 years old. Allen has over triple the number of pro-MMA fights with 23 to Malkoun’s 7.

Brendan Allen tends to finish his fights with an 84% finishing rate. In contrast, Malkoun has finished 34% of his wins.

This will be an exciting matchup between two up-and-coming talents in the 185lbs division.

Allen is a seasoned grappler who poses a big threat with submissions, while Malkoun has shown his own grappling prowess despite being known as a boxer.

This bout has all the makings of a Fight of the Night.

Both of these fighters are looking to build on recent momentum after a stop-and-start couple of years.

Malkoun has now strung two wins together, while Allen can make it four wins from five. A Top 15 opponent wouldn’t be far off for the victor of this matchup.

The oddsmakers’ predictions have Brendan Allen as the favorite with opening betting odds of -205.

Get your Brendan Allen vs Jacob Malkoun picks in.

Brendan Allen vs Jacob Malkoun tale of the tape

Brendan “All In” Allen fighter profile and recent form 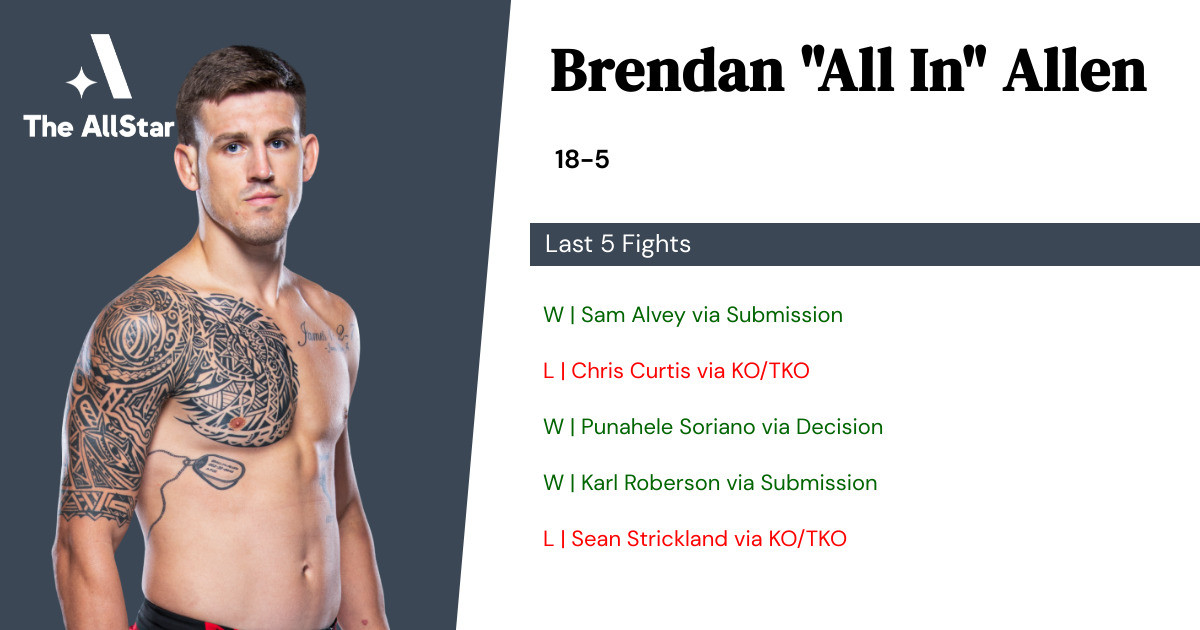 Brendan Allen has a 84% finish rate, including 5 by knockout, 10 by submission, 3 by decision.

Brendan Allen is looking to put together a winning streak, having last beaten Sam Alvey at UFC Fight Night: Hermansson vs. Strickland. 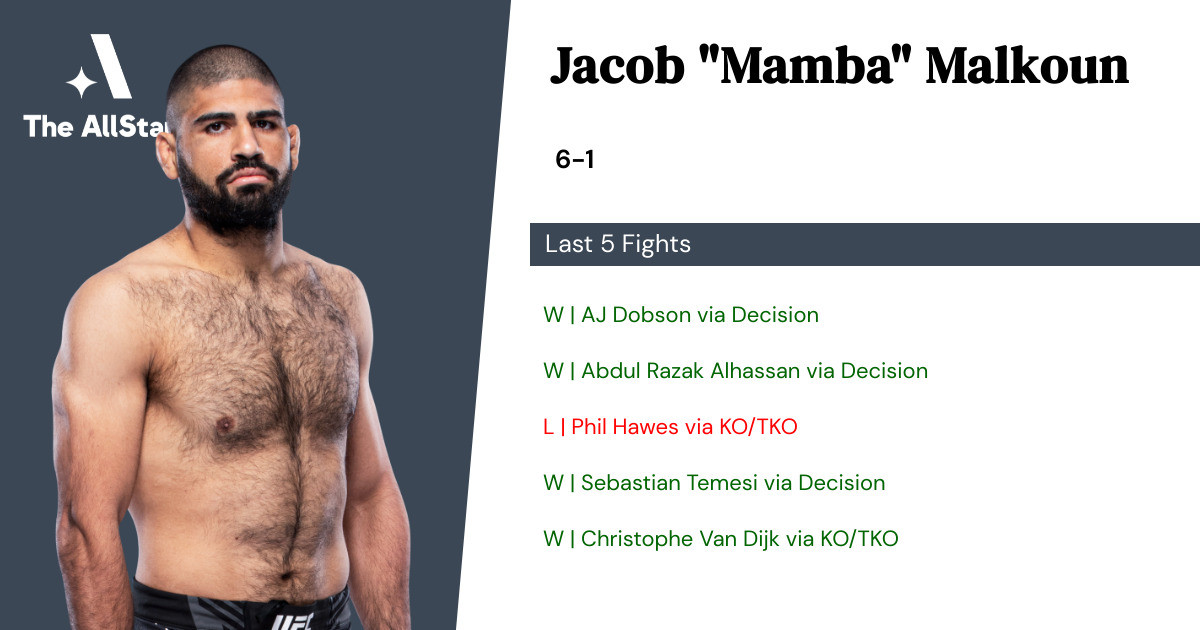 Jacob Malkoun has a 34% finish rate, including 2 by knockout, 4 by decision.

Brendan Allen vs Jacob Malkoun is set to go down at UFC 275 – Teixeira vs. Procházka. The fight is expected to start at around 8:00pm EST on Saturday 11th June 2022.

ESPN+ is the best option to live stream Brendan Allen vs Jacob Malkoun if you live in the United States. Outside of the USA, the best option is to register for UFC Fight Pass.

Where can I get the best odds for the Brendan Allen vs Jacob Malkoun UFC fight?

Use the AllStar’s directory to find the best sportsbooks and recommendations on where to place UFC bets online. If you just want to play for fun, head over to to our Fantasy UFC picks app to make your fight predictions for Brendan Allen vs Jacob Malkoun totally FREE.