Brian Ortega vs Yair Rodriguez is set to go down at UFC Fight Night: Ortega vs. Rodriguez at 4:00pm EST on Saturday 16th July 2022 in a 145lbs matchup.

Yair Rodriguez also enters this matchup off the back of a defeat following a bruising five-round war against Max Holloway.

Brian Ortega vs Yair Rodriguez was first reported on May 26th.

This Featherweight matchup will be the five-round headliner at UFC Fight Night: Ortega vs. Rodriguez.

Brian Ortega came within seconds of securing the UFC Featherweight title during his championship matchup with Alexander Volkanovski but ultimately lost the five-round fight by decision.

Ortega has lost two of his last three fights, including another unsuccessful shot at the title when he faced Max Holloway in December 2018.

Yair got up FIRING 💥

The Mexican will be hoping to get himself back into title contention with a victory over Brian Ortega.

Yair Rodriguez will be the taller fighter in this matchup at 5”11 compared to Ortega who is 5”8. Rodriguez will also have a small 2-inch reach advantage.

🔥 Ortega and Zombie are starting to trade!

The stats show a number of similarities between the two fighters. They have both landed a similar rate of takedowns and significant strikes, although Yair Rodriguez has better striking defense.

This is an enthralling five-round matchup between two of the best featherweights in the UFC. Both of these men are fantastic strikers who are more than capable of finishing anyone in the division.

Brian Ortega will undoubtedly have the advantage in the grappling department and is one of the most dangerous submission artists in the entire promotion.

No better way to go out on the 25th Anniversary! pic.twitter.com/1C2C6ev62c

Rodriguez has a diverse and creative arsenal of striking techniques, so will most likely want to keep this one on the feet.

This matchup could decide who will be next to earn a shot at the 145lbs title. Brian Ortega is currently ranked #2 and will face #4 ranked Rodriguez.

The oddsmakers’ predictions have Brian Ortega as the slight betting favorite with opening odds of -150.

Get your Brian Ortega vs Yair Rodriguez picks in.

Brian Ortega vs Yair Rodriguez tale of the tape

Brian Ortega has the better record against the shared opposition, at 2-1 to Yair Rodriguez’s record of 1-2 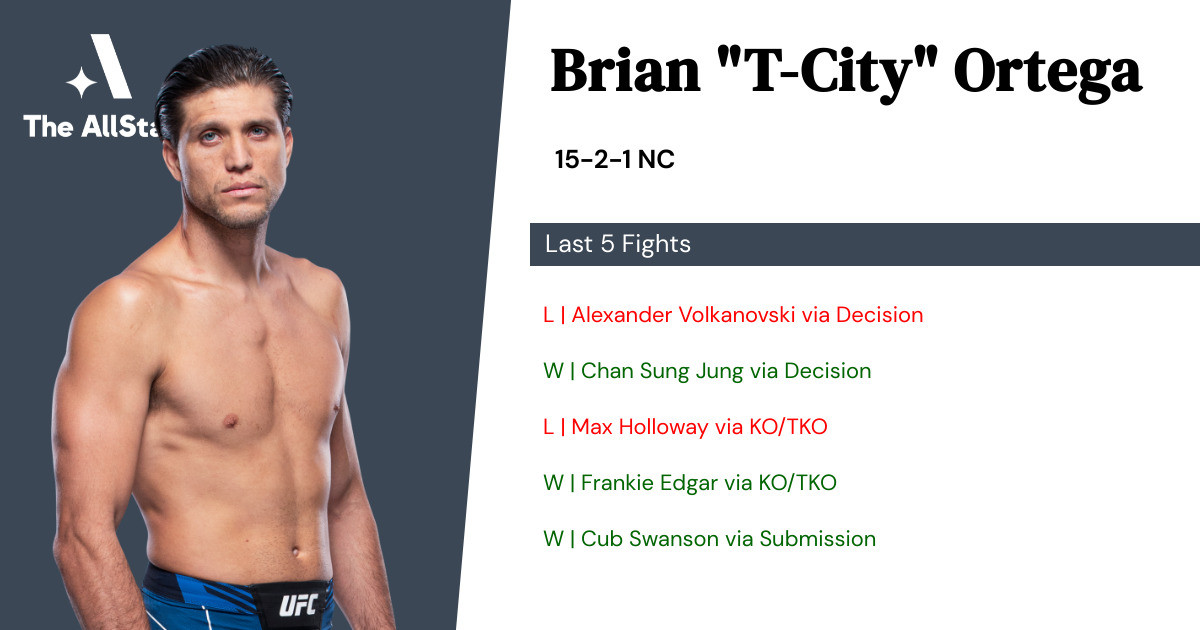 Brian Ortega has a 67% finish rate, including 3 by knockout, 7 by submission, 5 by decision.

Brian Ortega is looking to get back to winning ways after a loss at the hands of Alexander Volkanovski at UFC 266: Volkanovski vs. Ortega. 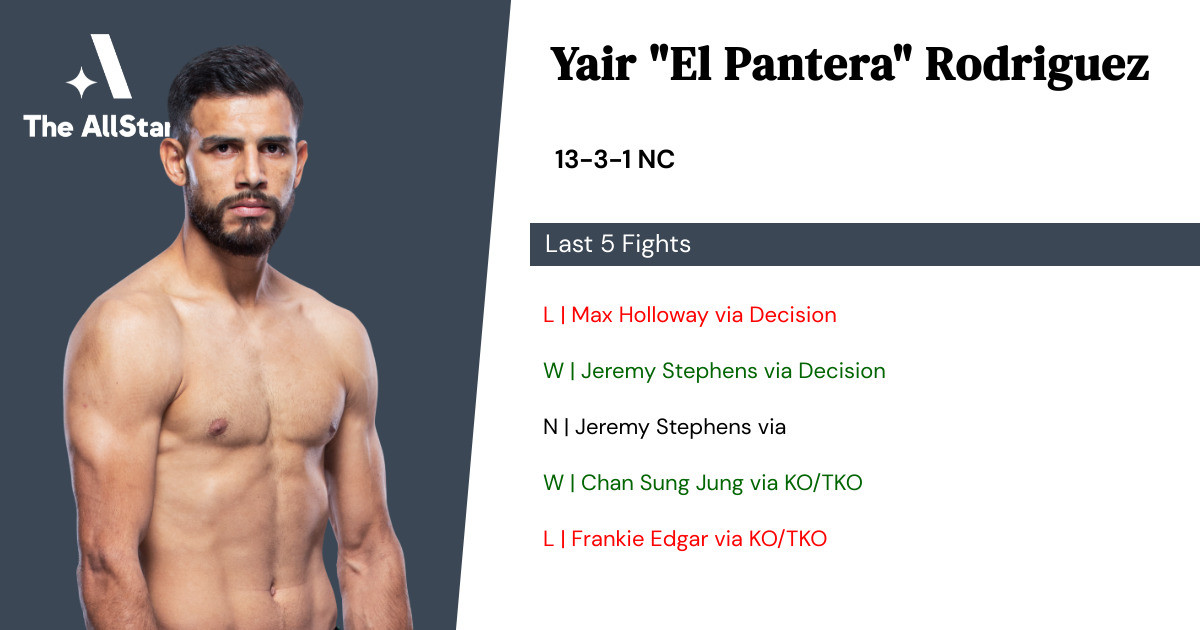 Yair Rodriguez has a 54% finish rate, including 6 by knockout, 3 by submission, 6 by decision.

Yair Rodriguez is looking to get back to winning ways after a loss at the hands of Max Holloway at UFC Fight Night: Holloway vs. Rodriguez.

Brian Ortega vs Yair Rodriguez is set to go down at UFC Fight Night – Ortega vs. Rodriguez. The fight is expected to start at around 4:00pm EST on Saturday 16th July 2022.

ESPN+ is the best option to live stream Brian Ortega vs Yair Rodriguez if you live in the United States. Outside of the USA, the best option is to register for UFC Fight Pass.

Where can I get the best odds for the Brian Ortega vs Yair Rodriguez UFC fight?

Use the AllStar’s directory to find the best sportsbooks and recommendations on where to place UFC bets online. If you just want to play for fun, head over to to our Fantasy UFC picks app to make your fight predictions for Brian Ortega vs Yair Rodriguez totally FREE.