Bryan Battle vs Tresean Gore is set to go down at UFC Vegas 47: Hermansson vs. Strickland at 7:30pm EST on Saturday 5th February 2022 in a 185lbs matchup.

These two promising Ultimate Fighter alumni will finally square off after multiple attempts to book a fight between the two fell through.

Bryan Battle is The Ultimate Fighter 29 winner, beating Gilbert Urbina by submission. Tresean Gore was set to fight in the TUF 29 finale before withdrawing through injury.

This is a pick’em fight, with the betting odds very close between the two fighters.

Tresean Gore opened as a -135 very slight betting favorite. Placing a bet on Gore means you would need to bet $135 in order to win $100.

This matchup will see the original finale of The Ultimate Fighter 29 come to fruition. Battle and Gore were initially set to face off as the two TUF finalists before Gore was forced out due to injury.

The fight was first reported by MMA Junkie on October 25th, 2021.

Bryan Battle won TUF 29 after submitting Gilbert Urbina via rear-naked choke in Round 2 at UFC Fight Night: Barboza vs Chikadze.

PICKED LAST AND NOW HE IS THE ULTIMATE FIGHTER!

Battle is 6-1 as a pro, with his sole career loss coming in just his second professional fight. Interestingly, Battle was the last pick for Team Volkanovski but went on to win the tournament.

Tresean Gore has only had three fights as a professional but made it to the final of TUF before injury scuppered his chances of winning the show.

Tresean Gore’s TUF season was derailed by an injury, but he’s no stranger to overcoming obstacles 💯 pic.twitter.com/hsroBHDDuz

Gore will be making his debut in the UFC and won both of his fights on TUF.

Battle has had 7 professional fights, more than twice as many as Gore who has fought professionally 3 times.

The fight was meant to be the TUF 29 finale before injury ruled Tresean Gore out. Gore will be eager to overcome his bad luck and get the victory in his UFC debut.

Battle will see the fight as a way to legitimize his claim to the TUF crown. Both fighters are powerful and capable of finishing the fight standing or on the ground.

Fledgling UFC careers are at stake in this matchup. A victory for either fighter will put their name in the spotlight and prove they are worthy of UFC status.

Bryan Battle’s prediction is to finish Gore as he plans to “go for the kill” during the fight.

During an interview with the AllStar, Battle acknowledged Gore’s skills:

Get your Bryan Battle vs Tresean Gore picks in.

Tresean Gore opened as a -135 very slight betting favorite. Placing a bet on Gore means you would need to bet $135 in order to win $100.

Where to bet on Bryan Battle vs Tresean Gore

Bryan Battle vs Tresean Gore tale of the tape 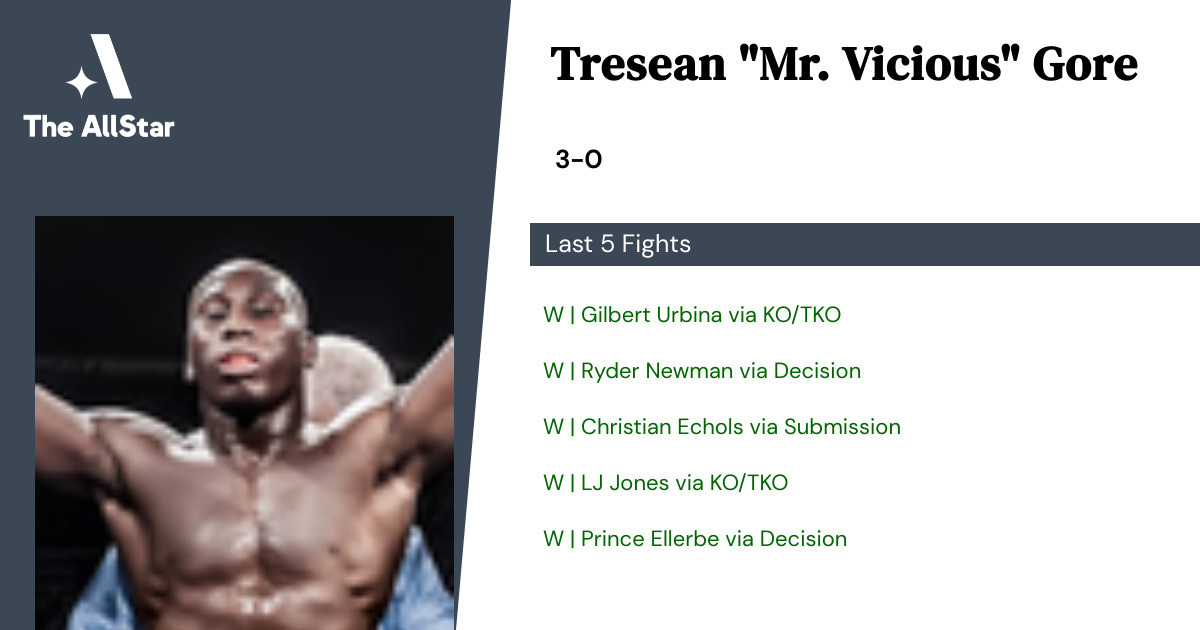 Tresean Gore has a 34% finish rate, including 2 by knockout, 1 by submission, 2 by decision. 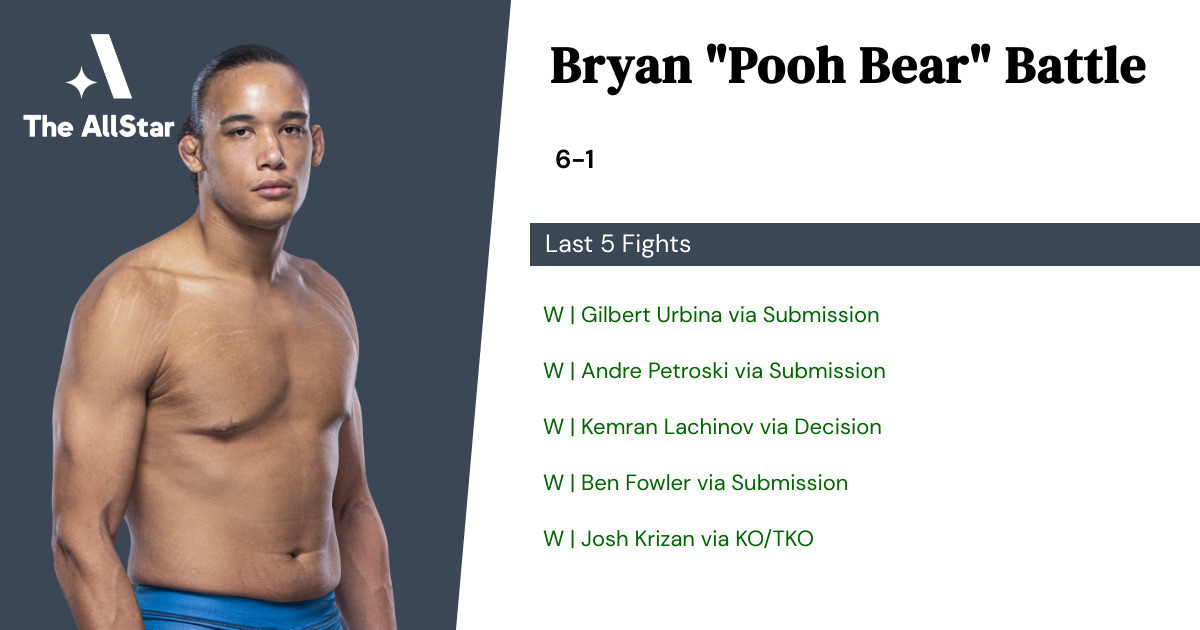 Bryan Battle has a 67% finish rate, including 1 by knockout, 5 by submission, 2 by decision.

Bryan Battle vs Tresean Gore is set to go down at UFC Vegas 47 – Hermansson vs. Strickland. The fight is expected to start at around 7:30pm EST on Saturday 5th February 2022.

ESPN+ is the best option to live stream Bryan Battle vs Tresean Gore if you live in the United States. Outside of the USA, the best option is to register for UFC Fight Pass.

Where can I get the best odds for the Bryan Battle vs Tresean Gore UFC fight?