Caio Borralho vs Armen Petrosyan is set to go down at UFC Fight Night: Dos Anjos vs. Fiziev at 7:30pm EST on Saturday 9th July 2022 in a 185lbs matchup.

Caio Borralho emerged victorious on his UFC debut, albeit in controversial circumstances, with a technical decision win over Gadzhi Omargadzhiev.

Armen Petrosyan secured a split-decision win in his UFC debut against Gregory Rodrigues in February.

Caio Borralho will be the betting favorite with opening odds of -180.

Armen Petrosyan is the betting underdog with opening odds of +160.

This fight will serve as the co-main event at UFC Fight Night: Dos Anjos vs. Fiziev.

Caio Borralho dominated his opponent on his promotional debut and seemed to be cruising to a victory. However, an unintentional illegal knee led to the fight ending early, with Borralho declared the winner by technical decision.

🇧🇷 Winner via technical decision in his debut is @BorralhoCaio. #UFCVegas51 pic.twitter.com/PLBbuj6tJj

Borralho earned his UFC contract with a highlight-reel first-round KO against Jesse Murray on the Contender Series,

Armen Petrosyan was involved in a back-and-forth war with Gregory “Robocop” Rodrigues on his debut, eventually winning the bout by split decision.

Armen Petrosyan put his opponent to sleep and brought Dana White to his feet 😳 #DWCS pic.twitter.com/q5hOilJQzY

The Armenian also secured a UFC contract with a first-round knockout on the Contender Series.

Armen Petrosyan will be considerably taller than his opponent at 6”2 compared to the 5”10 Borralho. However, Borralho will in fact have a significant 4-inch reach advantage in this fight.

Caio Borralho is the younger man at 29 years old but has more pro-MMA experience under his belt with 12 fights. The 31-year-old Petrosyan has fought 8 times.

This is an exciting matchup between two up-and-coming Contender Series graduates.

Made good on his second attempt!!

Caio Borralho gets the finish in his 2nd appearance on this season of #DWCS! pic.twitter.com/8AhMOlalNo

This fight will determine which of these prospects has what it takes to challenge for a Top 15 spot in the Middleweight Division.

Although both men are early in their UFC careers, there is still a lot at stake.

The oddsmakers’ predictions have Caio Borralho as the favorite with opening odds of -180.

Get your Caio Borralho vs Armen Petrosyan picks in.

Caio Borralho vs Armen Petrosyan tale of the tape 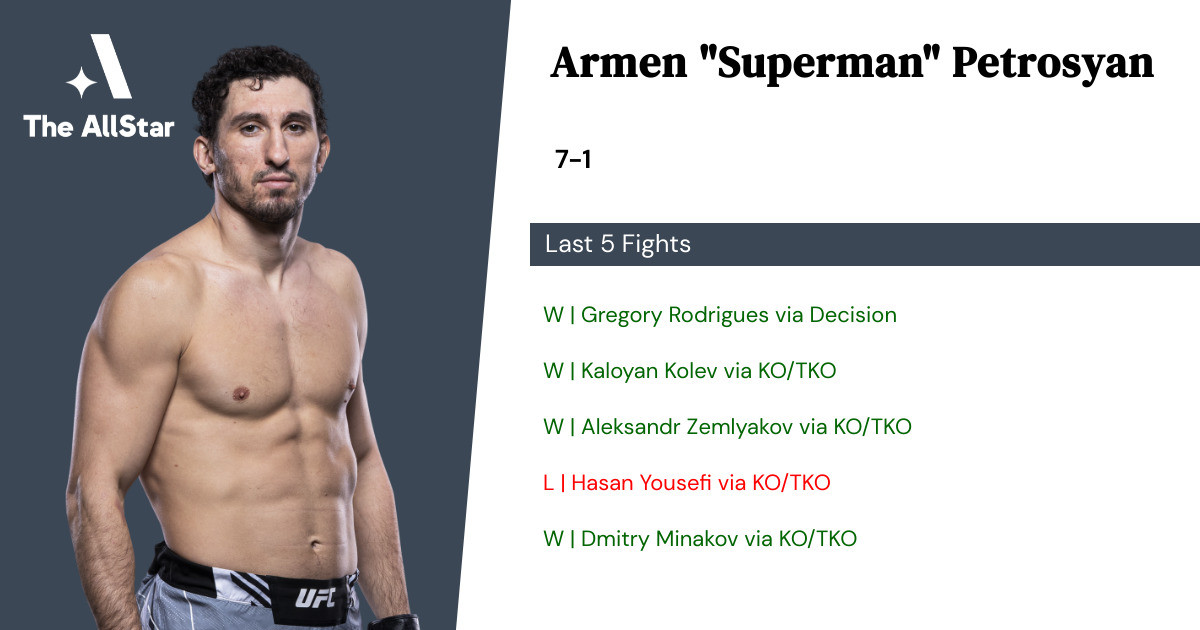 Armen Petrosyan has a 86% finish rate, including 6 by knockout, 1 by decision. 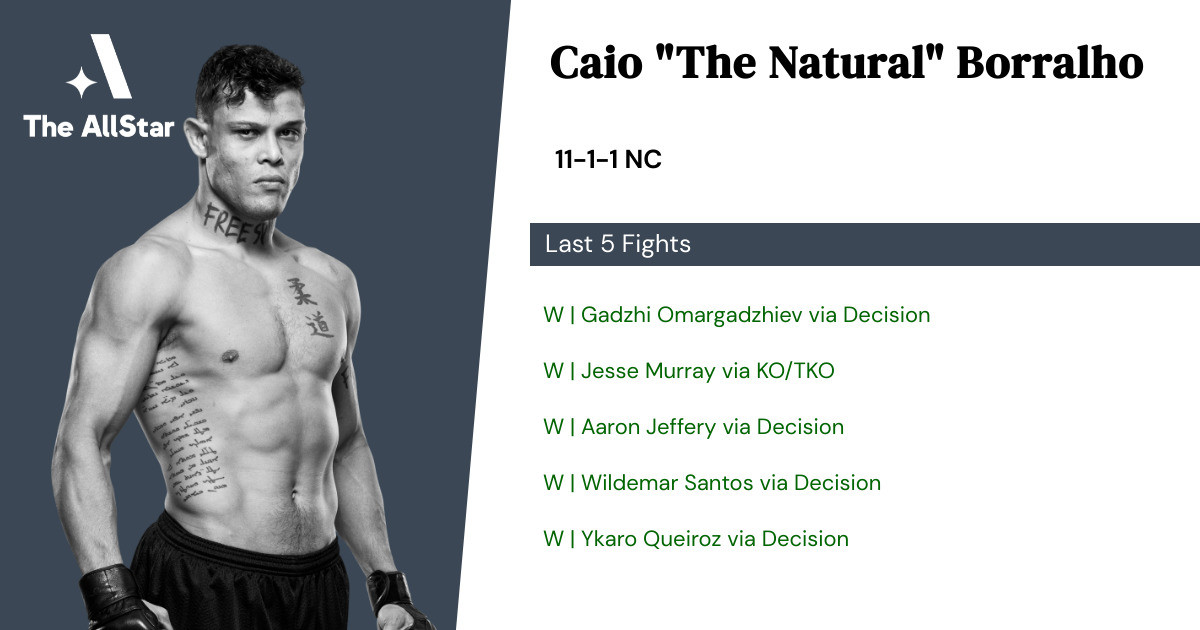 Caio Borralho has a 64% finish rate, including 4 by knockout, 3 by submission, 4 by decision.

Caio Borralho vs Armen Petrosyan is set to go down at UFC Fight Night – Dos Anjos vs. Fiziev. The fight is expected to start at around 7:30pm EST on Saturday 9th July 2022.

ESPN+ is the best option to live stream Caio Borralho vs Armen Petrosyan if you live in the United States. Outside of the USA, the best option is to register for UFC Fight Pass.

Where can I get the best odds for the Caio Borralho vs Armen Petrosyan UFC fight?

Use the AllStar’s directory to find the best sportsbooks and recommendations on where to place UFC bets online. If you just want to play for fun, head over to to our Fantasy UFC picks app to make your fight predictions for Caio Borralho vs Armen Petrosyan totally FREE.