Carlos Ulberg had a disappointing UFC debut, losing to Kenedy Nzechukwu via TKO in Round 2. Ulberg trains at City Kickboxing along with Middleweight champion Israel Adesanya, who will be headlining the UFC 271 card.

Fabio Cherant has lost both of his fights in the UFC, most recently losing via KO to William Knight. Cherant is 7-3 as a pro, with 5 of his wins coming by submission.

Carlos Ulberg will be the betting favorite with opening odds of -190. Fabio Cherant is the underdog with his odds opening at +170.

Carlos Ulberg vs Fabio Cherant was first reported on November 10th, 2021. Both fighters are yet to pick up a victory in the UFC.

Carlos Ulberg earned his shot in the UFC with a knockout win over Bruno Oliviera on Dana White’s Contender Series inside one round.

[ Contracts up next on #ESPNPlus ] pic.twitter.com/JB1vYDZXi5

However, his debut didn’t go to plan, with opponent Kenedy Nzechuwku piling on the pressure before finishing the fight via TKO.

Fabio Cherant has also had a tough time in the UFC, losing both of his bouts in the promotion. In his defence, Cherant stepped up on two days’ notice for his UFC debut against Alonzo Menifield.

Cherant was knocked out by William Knight in his last fight and lost via Von Flue choke to Menifield on his debut.

Carlos Ulberg will be the taller fighter, standing at 6”4 compared to Cherant who is 6”1. Ulberg will have the slight 1-inch reach advantage.

Fabio Cherant is 27 years old but is the more experienced fighter, with 10 pro fights on his record. Ulberg is 31 years old and has 4 pro fights.

Carlos Ulberg is a highly-touted prospect coming out of the same gym as UFC Middleweight champion Israel Adesanya. While his debut didn’t go to plan, Ulberg has slick striking skills and can land the knockout blow at any moment.

Fabio Cherant is dangerous with submissions and will look to take this fight to the ground. This bout has all the makings of a classic Striker vs Grappler matchup.

Both fighters have a lot at stake in this one, as neither have registered a win in the UFC thus far. Cherant in particular will have a lot on the line, as he has lost two on the trot in the promotion.

The bookies’ predictions favor Carlos Ulberg who will enter this fight as the betting odds favorite. 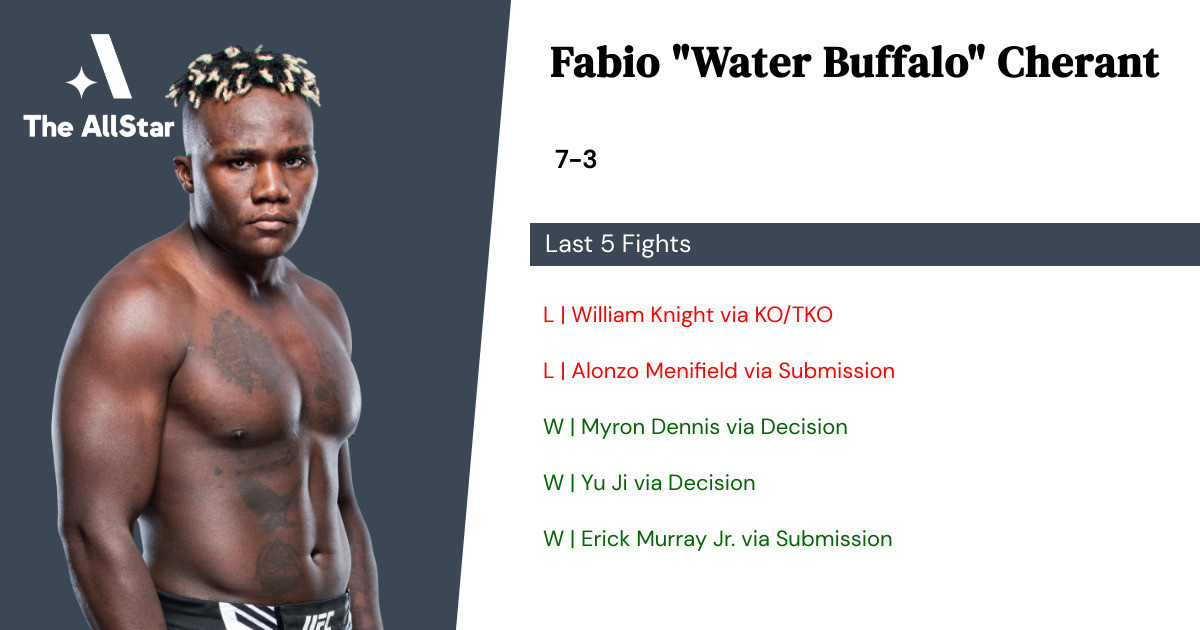 Fabio Cherant has a 72% finish rate, including 5 by submission, 2 by decision.

Fabio Cherant is currently on a 2 fight losing skid. 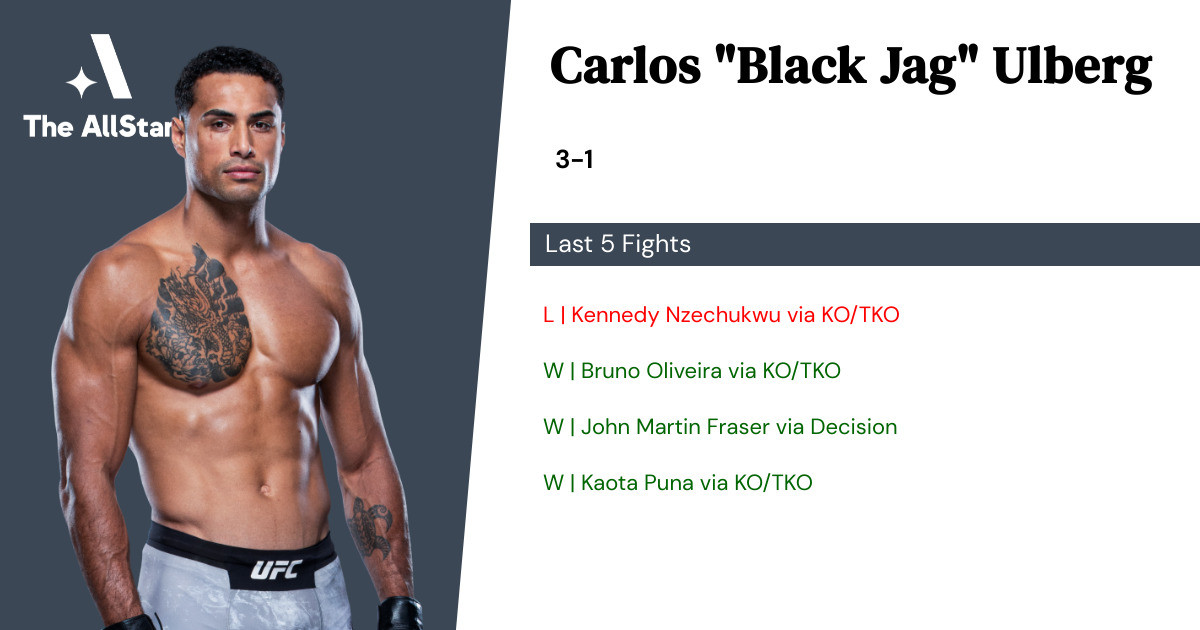 Carlos Ulberg has a 67% finish rate, including 2 by knockout, 1 by decision.

Carlos Ulberg is looking to get back to winning ways after a loss at the hands of Kennedy Nzechukwu at UFC 259: Błachowicz vs. Adesanya.

Carlos Ulberg vs Fabio Cherant is set to go down at UFC 271 – Adesanya vs. Whittaker 2. The fight is expected to start at around 7:30pm EST on Saturday 12th February 2022.

ESPN+ is the best option to live stream Carlos Ulberg vs Fabio Cherant if you live in the United States. Outside of the USA, the best option is to register for UFC Fight Pass.

Where can I get the best odds for the Carlos Ulberg vs Fabio Cherant UFC fight?