Chris Curtis vs Rodolfo Vieira is set to go down at UFC Fight Night: Tsarukyan vs. Gamrot at 8:00pm EST on Saturday 25th June 2022 in a 185lbs matchup.

Chris Curtis made it two from two in the UFC with his second betting underdog victory, this time against Brandon Allen in December.

Rodolfo Vieira bounced back from his first professional loss with a third-round submission victory over Dustin Stoltzfus last July.

Chris Curtis will be the betting favorite with opening odds of -160.

Rodolfo Vieira is the betting underdog with opening odds of +140.

This 185lbs matchup will take place on the main card at UFC Fight Night: Tsarukyan vs. Gamrot.

Chris Curtis has taken the UFC by storm since making his debut in November, securing consecutive knockout victories over Phil Hawes and Brendan Allen in less than a month.

Curtis previously fought and won on Dana White’s Contender Series in 2018, but did not secure a contract on that occasion.

Rodolfo Vieira earned a hard-fought victory over Dustin Stoltzfus in his last Octagon appearance, eventually securing a rear-naked choke victory in round three.

Following his victorious UFC debut, Vieira found himself on the wrong end of a huge betting upset after he was submitted by Anthony Hernandez at UFC 258.

Rodolfo Vieira will be the taller fighter in this matchup at 6”0 compared to Curtis who is 5”10. However, Curtis will have a small 2-inch reach advantage in this fight.

Curtis has a huge amount of pro-MMA experience with 36 fights on his record. In contrast, Vieira has fought just 9 times.

Chris Curtis waited a long time to join the UFC and grabbed his opportunity with both hands. He is an exciting, dynamic fighter with enough power to put anyone away.

WHAT AN INCREDIBLE MOMENT FOR CHRIS CURTIS 🤯

He will face elite jiu-jitsu practitioner Rodolfo Vieira, who has won both of his UFC victories by submission.

This will be a fascinating matchup between a standup striker and a ground specialist.

Both men have a lot to fight for in this matchup. Chris Curtis may be just one win away from breaking into the top 15 rankings of the UFC Middleweight Division.

There were high hopes for Rodolfo Vieira when he made his debut in the UFC. The Brazilian is looking to string together his first win streak in the promotion.

The oddsmakers’ predictions have Chris Curtis as the slight betting favorite with opening odds of -160.

Get your Chris Curtis vs Rodolfo Vieira picks in.

Chris Curtis vs Rodolfo Vieira tale of the tape 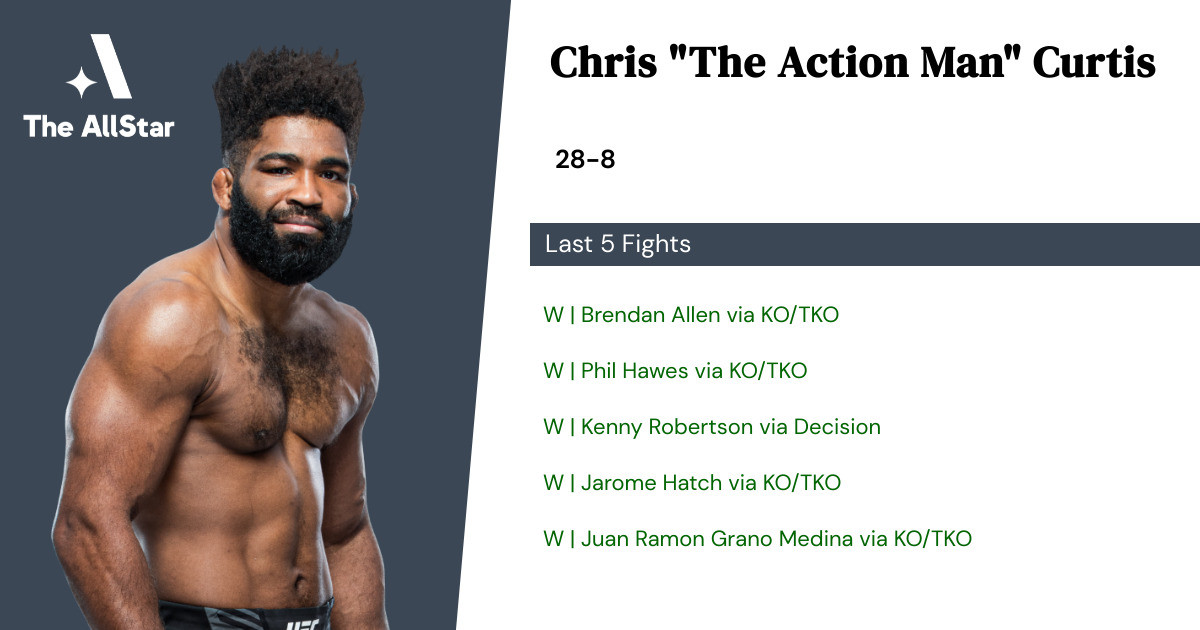 Chris Curtis has a 61% finish rate, including 14 by knockout, 3 by submission, 11 by decision. 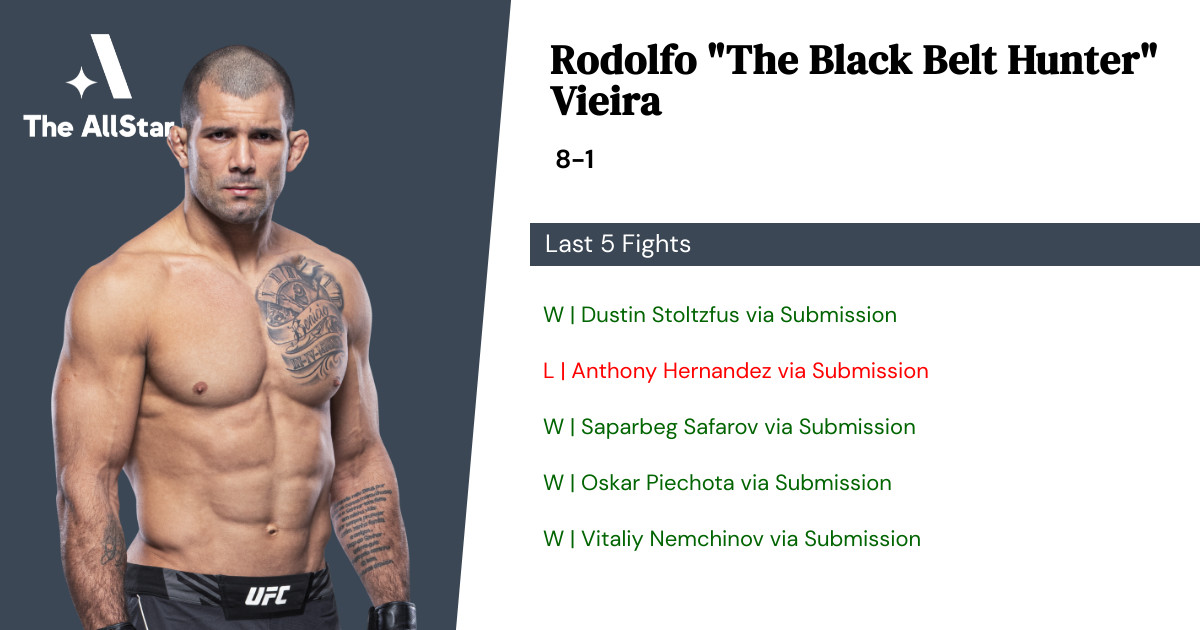 Rodolfo Vieira has a 100% finish rate, including 1 by knockout, 7 by submission.

Rodolfo Vieira is looking to put together a winning streak, having last beaten Dustin Stoltzfus at UFC Fight Night: Makhachev vs. Moisés.

Chris Curtis vs Rodolfo Vieira is set to go down at UFC Fight Night – Tsarukyan vs. Gamrot. The fight is expected to start at around 8:00pm EST on Saturday 25th June 2022.

ESPN+ is the best option to live stream Chris Curtis vs Rodolfo Vieira if you live in the United States. Outside of the USA, the best option is to register for UFC Fight Pass.

Where can I get the best odds for the Chris Curtis vs Rodolfo Vieira UFC fight?

Use the AllStar’s directory to find the best sportsbooks and recommendations on where to place UFC bets online. If you just want to play for fun, head over to to our Fantasy UFC picks app to make your fight predictions for Chris Curtis vs Rodolfo Vieira totally FREE.