Cody Durden suffered his second UFC defeat after he was submitted by promotional newcomer Muhammad Mokaev in March.

JP Buys will be the betting favorite with opening odds of -120.

Cody Durden is the betting underdog with opening odds of +110.

Cody Durden ran into one of the most highly-touted newcomers to the UFC in recent years in Muhammad Mokaev, losing by submission inside of a minute.

Nothing less than what we expected from these two 👀🧨

Durden has just a single UFC victory to his name after defeating Aoriqileng by decision in November.

JP Buys continues to search for his first win in the UFC after losing to Montel Jackson in his sophomore fight.

And JP Buys completes the perfect night for the first couple of LFA! #LFA78 pic.twitter.com/7qgdM7OQoU

The South African earned his UFC contract with a first-round submission win on Dana White’s Contender Series in November 2020 before he was stopped by Bruno Silva on his debut.

Cody Durden will be the taller fighter at 5”7 compared to Buys who is 5”5. However, both men will have an identical 67-inch reach in this fight.

Durden is also the older man at 31 years old, while JP Buys is still only 26.

Buys has maintained an impressive 100% finish rate over his career, while Durden also has a high finish rate of 84%.

Cody Durden and JP Buys are both relative newcomers to the UFC who will put it all on the line in this 125lbs matchup.

Buys is slick with submissions and is likely to take this one to the ground, while Durden tends to be more of a brawler on the feet.

Both of these fighters have a lot at stake in this fight. Cody Durden has one win in four UFC fights, while Buys has yet to register a win in the organization.

A victory for either man will help cement their position in the UFC, while the loser could be making their last appearance in the promotion.

The oddsmakers’ predictions have JP Buys as the slight betting favorite with opening odds of -120.

Get your Cody Durden vs JP Buys picks in.

Cody Durden vs JP Buys tale of the tape 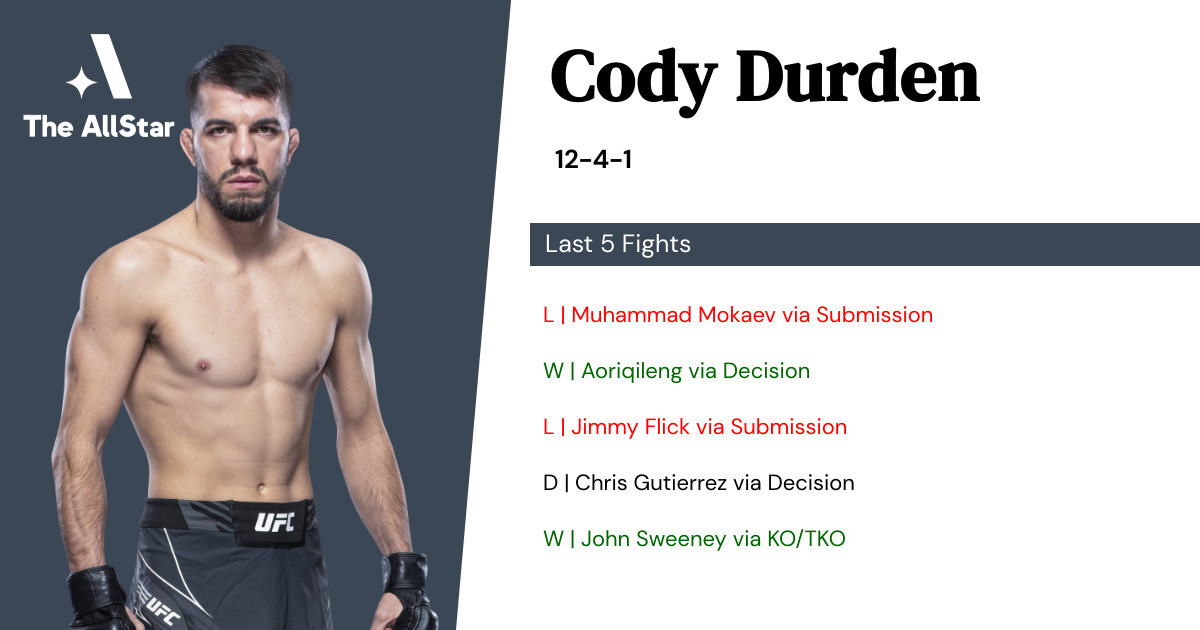 Cody Durden has a 84% finish rate, including 5 by knockout, 5 by submission, 2 by decision.

Cody Durden is looking to get back to winning ways after a loss at the hands of Muhammad Mokaev at UFC Fight Night: Volkov vs. Aspinall. 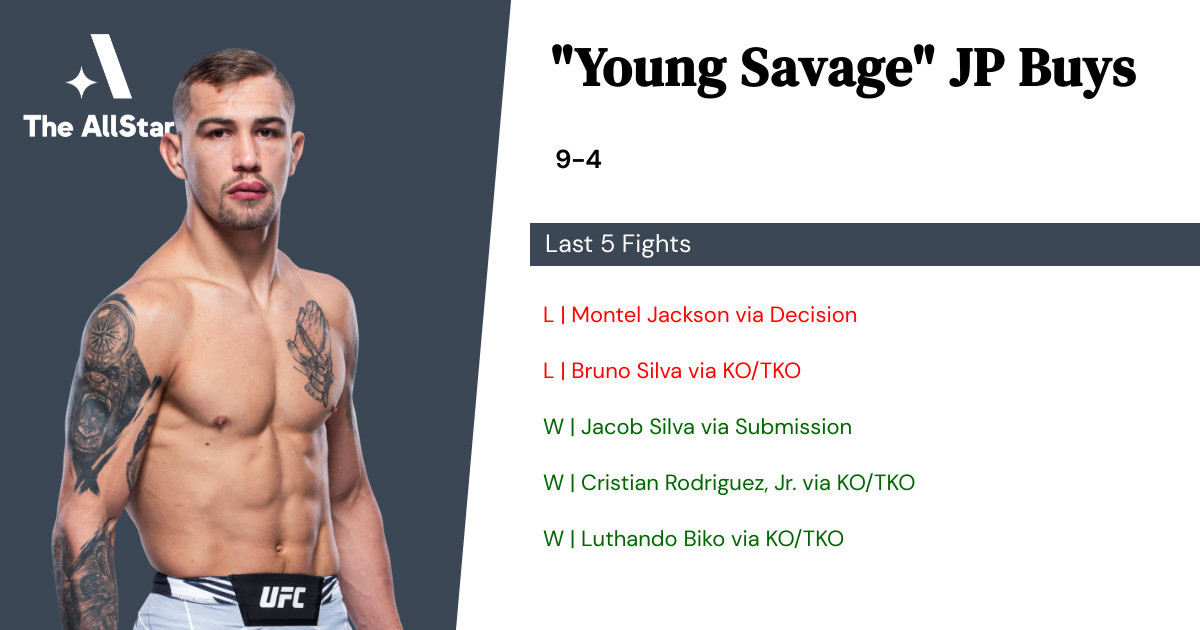 JP Buys is currently on a 2 fight losing skid.

Cody Durden vs JP Buys is set to go down at UFC Fight Night – Tsarukyan vs. Gamrot. The fight is expected to start at around 4:00pm EST on Saturday 25th June 2022.

Where can I get the best odds for the Cody Durden vs JP Buys UFC fight?

Use the AllStar’s directory to find the best sportsbooks and recommendations on where to place UFC bets online. If you just want to play for fun, head over to to our Fantasy UFC picks app to make your fight predictions for Cody Durden vs JP Buys totally FREE.